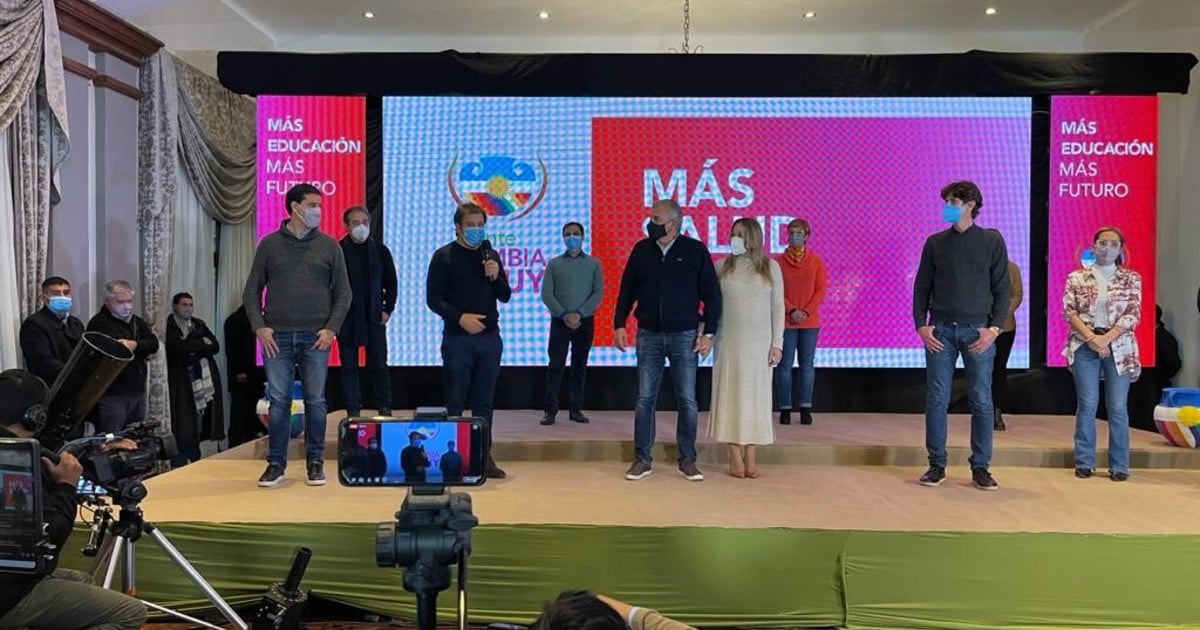 In full discussion in Together for the Change for the candidacies and the power relations between the partners, Gerardo Morales got this Sunday a broad trump in the provincial elections of Jujuy and celebrated with Facundo Manes, the letter of radicalism in the province of Buenos Aires.

In order for the result to push the positioning of the UCR, the governor -with aspirations to build your presidential candidacy for 2023- he was also shown with Martín Lousteau at the celebration.

With the provisional scrutiny of 35.95% of the register, the official list of Cambia Jujuy -headed by Omar Gutiérrez, coordinator of the Emergency Operational Committee for the pandemic- prevailed with 41.79% of the votes, a good distance from the ticket of the Frente de Todos (13.63%), led with Pedro Belizán.

Behind appeared Alejandro Vilca (7.33%, from the Left Front), René Casas (7.12%, from the Jujuy First Front, which responds to the Peronist deputy governor Carlos Haquim) and Carlos De Aparici (6.56%, All for Jujuy ), another of the lists aligned with the national government.

“The result is final. The Front Changes Jujuy has won overwhelmingly the elections. We are going to have more provincial legislators, ”Morales said after 11:30 p.m., accompanied by his wife Tulia Snopek, and the candidates on stage.

“This confirms the confidence of Jujuy men and women with our government. The result has said no to violence. People have said that we want to live with respect, that is the fundamental message that this election leaves, ”said the radical president at the beginning of his speech.

“Congratulations on a historic election, which marks the path of radicalism that the vocation to manage to transform reality, ”Lousteau said.

Manes, meanwhile, closed: “These are difficult times and right now we have to be together. We have to learn from the example of the governor of Jujuy, who governs successfully to transform. That model must be expanded throughout the country. We need leaders unite us. I celebrate this historical fact, to build a centropopular coalition and that once and for all we move towards a prosperity with equality “.

“There must be a radical who leads Together for Change and let him be president, “Morales said, and not only for him, but also for his two prominent guests.

The contagion of Juan Manuel López, deputy of the Civic Coalition and member of the national board of Together for Change, the turnout dropped of radicals to the celebration. Mario Negri was one of those who did not go to stay in isolation.

Gerardo Morales when voting this Sunday, in Jujuy.

The radical governor travels his second term in Jujuy and will not be able to appear in 2023. Neither will his vice, the Peronist Carlos Haquim, so the dispute over his succession was opened.

Partly for this reason, Peronism was divided into six lists. That of Diego Palmieri, from Unidad para la Victoria and linked to Tupac Amaru, had 5.06% of the votes. Alberto Fernández had taken a photo with the candidates on that list, in Salta.

With a registry of 570,879 Jujuy qualified to vote, participation was around 60%, Below average of the above. With the result, Morales retain control of the Legislature, according to the accounts made by his collaborators.

Currently Cambia Jujuy has 21 deputies out of a total of 48 (it reaches the number with the Peronist sector led by Haquim) and Cambia Jujuy put 13 seats into play.

Morales had obtained his re-election in 2019 with 43.76%. In this case, that percentage was around. Two years ago it had an impact on the national scene to a greater extent with the end of the government of Mauricio Macri and the prospect of a return of Peronism to the Casa Rosada.

In these legislatures, the discussion was focused on the provincial and there was almost no participation of national referents during the campaign.

Already early, at the time of voting, Morales spoke about Manes’ nomination when consulted by local journalists.

“He is going to be a good candidate for radicalism in the province of Buenos Aires. I think you are already determined to be a candidate, so radicalism is going to go to STEP surely. We are going to compete with the other allied forces in Together for Change ”, assured the governor about the possible intern against a list headed by Diego Santilli.

The dispute in the PRO in that district is not closed: Jorge Macri rejects the postulation of the Buenos Aires deputy chief and is willing to present himself or explore an agreement to support the UCR. In turn, Elisa Carrió again declared strongly this Sunday: “If there are interns, don’t count on me“.

After voting, Morales traveled to Buenos Aires to participate in the tribute led by Alberto Fernández to the victims of the pandemic, at the CCK.