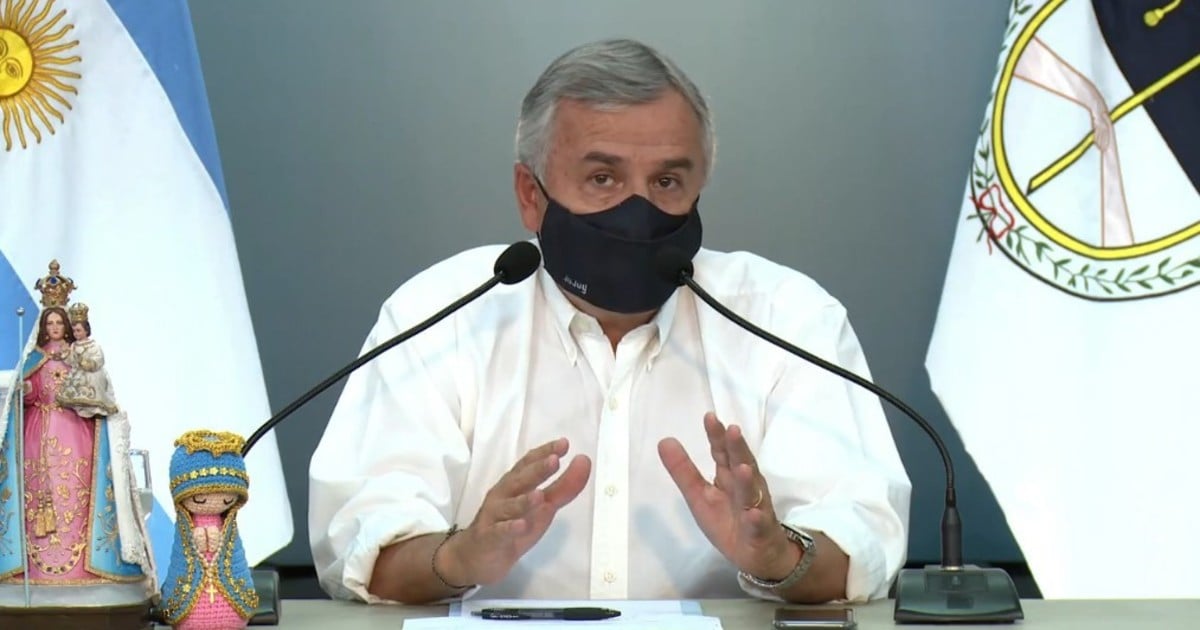 While Juntos por el Cambio concentrates its efforts on bringing positions within the space closer together and adding allies for the next legislative elections, there are some members who they already think about 2023Like Gerardo Morales, the governor of Jujuy, who has already expressed his desire to “be president.”

“I want to be president. I don’t really like the issue of another Buenos Aires man running the country. They do not know the country, there are still unitary and federal problems. The structural problem will be solved from the interior to the center ”, he expressed this Wednesday, in an interview with Channel 7 of Jujuy.

And in that sense, the man who comes from the Radical Civic Union began to agitate a possible presidential intern with Horacio Rodríguez Larreta.

“The one who governs the City of Buenos Aires has plenty of money. The issue is to govern when there are plenty of problems. It is what happens to us, “he differentiated the difficulties between his district and Buenos Aires.

Rivals will not be missing in the bid for the candidacy. To the aforementioned Rodríguez Larreta, we must add to the list Mauricio Macri, who aspires to his “second half” at the head of the Casa Rosada, María Eugenia Vidal, Alfredo Cornejo and Patricia Bullrich.

However, living up to his last name, he maintains high morale and rHe remembered how much it cost him to get there to the position that he occupies today.

“Getting to the governorship was the most important fact of my political life. I tried four times, I must be the leader who received the most beatings. I also had to win, a few ”, he highlighted.

From “very good relationship” with Alberto Fernández, he assured that “the President put more sticks in the wheel”, that “they do not let him do many things and generate more problems.”

Yes indeed, did not hesitate to make a difference with the national government regarding its position towards Milagro Sala.

“They keep giving him plans, handles money from home“Accused Morales, who this week asked for seven years in prison for the social leader for a violent escrache that he carried out in 2009 with his organization.

On another level, that of the pandemic, and on a day in which Jujuy reported 323 new infections and 5 deaths from the coronavirus, the Governor announced that in the next few days will announce new measures for your province.

“Surely on Friday we will make a report, because we are going to take some measures. I disagree with the measures taken by the City of Buenos Aires and Córdoba to close at 7 in the afternoon, “he said.

For Morales, “the limit is the hospital capacity”, and stressed that in Jujuy “90% of those over 60 are already vaccinated.”

Meanwhile, the vaccination plan in the province that governs who aspires to be president in 2023 already covers those over 40 and the Jujuy administration negotiate to buy dose on your own.