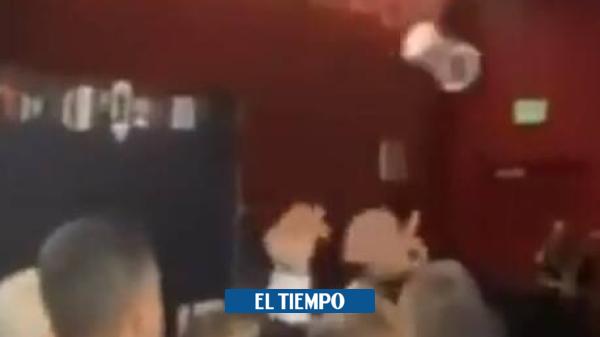 See also  Tennis | Mexico sets tennis record: match between Zverev and Brooksby stretches to around five in the morning

The fans do not forgive him for the loss with Colombia.

The Argentinian Gerardo Martino, Mexico coachadmitted that his team must learn to neutralize high-ranking rivals like Colombia, who came back from 2-0 down to beat ‘Tri’ 2-3.

When there is a hierarchy in front of us, it appears and it is up to us to see how to neutralize it without it hurting us and regain control of the game.

(Juan Fernando Quintero: the Olympic goal that goes around the world)
(Lionel Messi: fan invades the field and records meeting with the idol, video)

The hierarchy of Colombia prevailed and we were not able to control the game”, he explained to the media after Mexico fell in the friendly match against the Colombians at Levi’s Stadium in Santa Clara (USA).

The duel against the South Americans was the last of the ‘Tri’ before undertaking a final concentration in November Girona, Spain, where he will play his last three preparation games before debuting in the World Cup in Qatar 2022.

They threw everything at him

“The first thing I keep, beyond the fact that we lost a game, is that we were winning 2-0 in a good first half and I also keep the last 15 minutes, what I would not like to think about is the first 10 minutes of the second half in which Colombia is heading to beat us”, added the strategist.

Martino recognized that Mexico has to defend better from dead balls in order not to fail in the quest to overcome the barrier of the round of 16 in the next World Cup.

“It was a moment when the rival prevailed and not every time they prevailed they scored two goals in six minutes, but I also prefer the final part that we recovered with the entry of some boys and we had the courage to seek a draw”, he expressed. .

Martino was insulted and assaulted by the fans, who from the stands of the stadium claimed him for the bad game.

Those actions were recorded in these two videos.