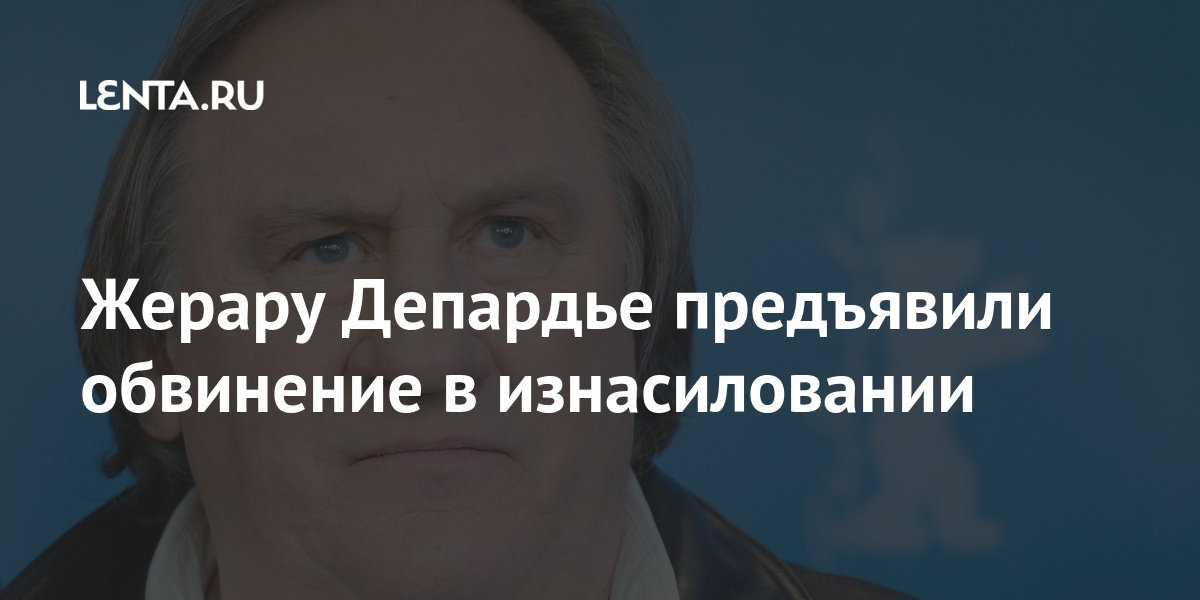 French actor Gerard Depardieu was charged with rape and sexual harassment. Reported by RIA News with reference to the agency France-Presse (AFP).

According to sources close to the case, the charge was brought on December 16. The 22-year-old actress accused Depardieu of harassment and rape in the summer of 2018. The criminal case was closed, but she filed a new complaint.

In October 2020, it was reported that the court would reopen Depardieu’s rape case.

In 2018, it became known that Depardieu was suspected of rape and sexual harassment. Then the lawyer Depardieu said that his client “categorically denies involvement in any rape and any harassment.” The actress told the police that she was twice subjected to violence by the artist at his home in Paris. According to her, the first incident occurred on August 7, the second on August 13. The investigation was taken up by the Paris prosecutor’s office.

The name of the actress was not disclosed, but a source close to the investigation claims that the girl and Depardieu knew quite well: he helped her start a film career.