Georgia O’Keeffe, the volcano and the breeze 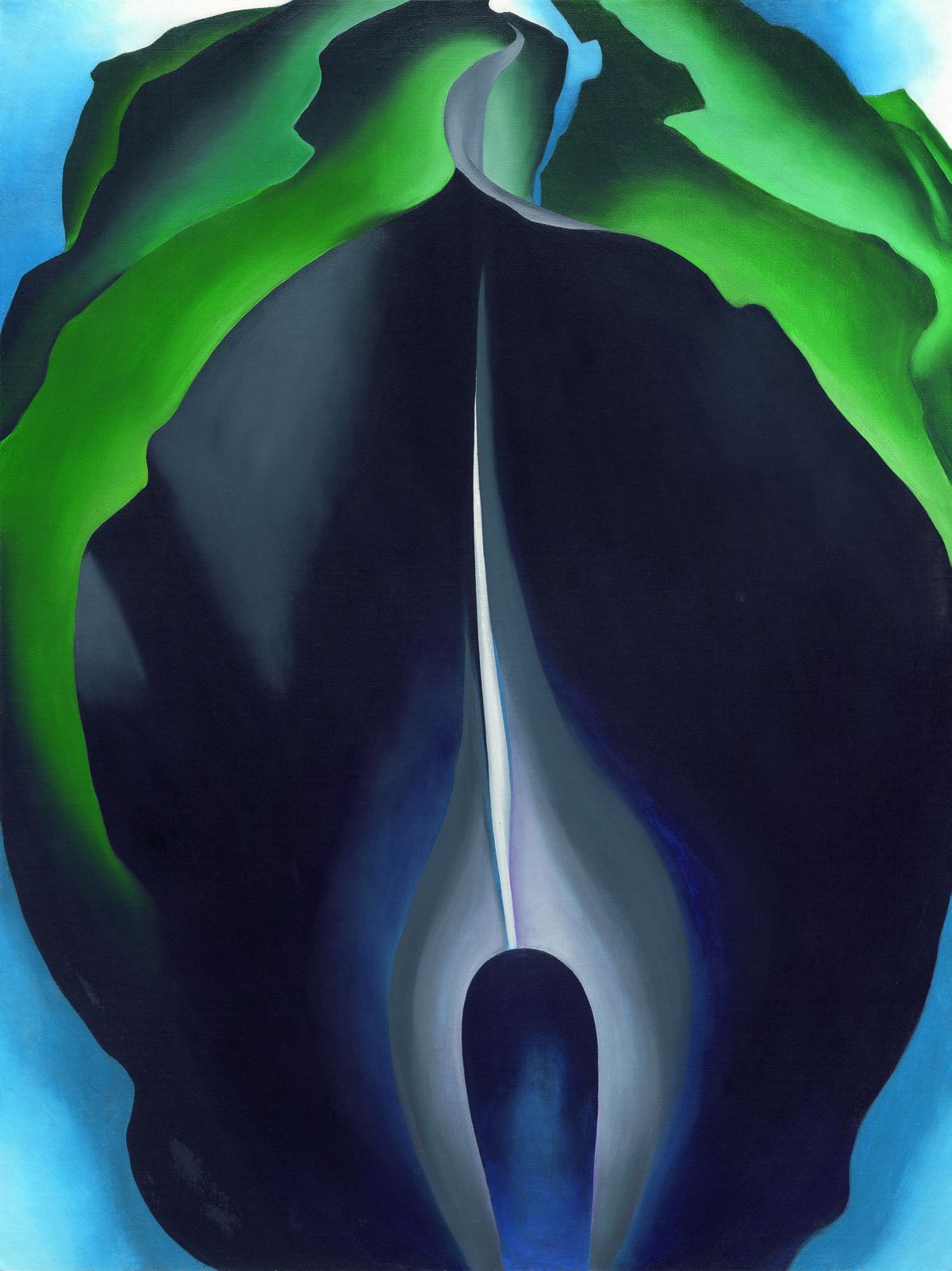 On this day in 1921, Georgia O’Keeffe (1887-1986) was imbued in her studio finishing one of the first paintings that we find in the exhibition that the Thyssen-Bornemisza Museum dedicates to the American artist, one of the five that are part of his collection. Its titled Abstraction. Glow I and it is a rather dark painting, full of internal tensions, reminiscent of a small photograph of his neck taken by Alfred Stieglitz that same year, which today is easy to find for 10 euros in poster format. In both images, time and space are purely mental dimensions and a silent, sweet chord seems to reign. It was, in turn, one of the photos that hung from the exhibition that, two months earlier, had revolutionized the New York art world from the Anderson Galleries, a space directed by Stieglitz himself, taking over from his mythical 291 Gallery, the epicenter of everything that was beginning to be called “modern art.” A Georgia O’Keeffe portrayed without distances, often naked, becoming an icon at times, even in spite of herself.

Everything else is history. O’Keeffe and Stieglitz wrote hundreds of love letters to each other even though they were always one of those couples who seem to experience their most genuine approach when they are further apart. He was the first to expose that lyrical subjectivity that was so far removed from the machine age and connected with that idea of ​​the spiritual in Kandinski’s art, which Stieglitz had translated into English for Camera Work. First there were charcoal drawings, which brought together O’Keeffe’s action of walking daily, an existential search option that manifests itself in the artist as a step forward in the renewal of narrative patterns.

Soon color appeared, the first lily flower watercolors and a myriad of stereotypes that he always rejected. Vulvas concealed between petals and tree canopies seeking a reconciliation with the laws of nature, which this exhibition tries to dispel by avoiding the moments of life that have become dead ends. O’Keeffe was in tune with Greek thought, where the body is the supreme form of nature, although its degree of commitment to freedom and contradiction did not fit well with the rigors of dogma. She was a feminist artist caught in the trap of gender. In 1913 she joined the National Woman’s Party, just as the controversial Armory Show was inaugurated, a turning point for American art that left behind the most iron academicism, but with high levels of testosterone. The anteroom of the famous Brancusi phallus, aka Princess X.

Let’s go back a century. Another pandemic. The Spanish flu took its toll on him in New York, a moment that did not escape Stieglitz’s camera either. They lived at the top of the Shelton Hotel, from where O’Keeffe began to paint the skyscrapers as totem poles and the streets as canyons, as if he wanted to respond to the film. Manhatta, also from 1921, shot in tribute to Walt Whitman by Paul Strand and Charles Sheeler. His new flower still lifes also looked like monumental buildings. Privileged spectator of the artistic revolution that was starring a new generation of photographers under the banner of the straight photography, O’Keeffe had plenty of time to think about that vision where the use of the blow-up it had an intensifying role both formal and emotional. That intensification to which she aspired to adapt her art to that fantasy of modern life. For an artist like her, who appears unprecedented, abstraction, like femininity, was always a means, never an end. It registers an alternative identity for North American artists, especially for women, an identity that departs from the myths. His goal was to generate another idea of the modern, much more free and open. That attitude of eternal beginner earned him the first exhibition of a woman at MoMA, in 1927, when she was barely 40 years old. Also an auction record with his White flower No. 1 (1932), hung in the Thyssen, still today the most sought-after by a woman artist.

Born into polyphony between centuries, O’Keeffe was able to smell the acrid smell of a gas-lit environment a century away. Surely that is his feat: knowing that reality is always different from everything. Always start over. The various twists and turns that his work takes are not surprising, and how well the exhibition captures. The Texas landscape of his early works is replicated again some time later, as soon as he falls in love with Mexico. His adobe house in Ghost Ranch, the orography of the place, the lost crosses of nature, the bones of dead animals, his house in Abiquiú. As he grew older, the brushwork became more meager. We are in the fifties and O’Keeffe surfaces were in parallel to what, for his part, Mark Rothko projected. Fields of color where he continued to portray paths, detours and horizons of that scattered world he was trying to find. The curator, Marta Ruiz del Arbol, emphasizes this idea of ​​a strolling artist, under an equally traveling retrospective that will later reach the Center Pompidou in Paris and the Beyeler Foundation in Basel. Example of a collective effort to recover in Europe a creator who has never had too much focus.