George Floyd’s Death: Why Did It Become a Landmark Case? 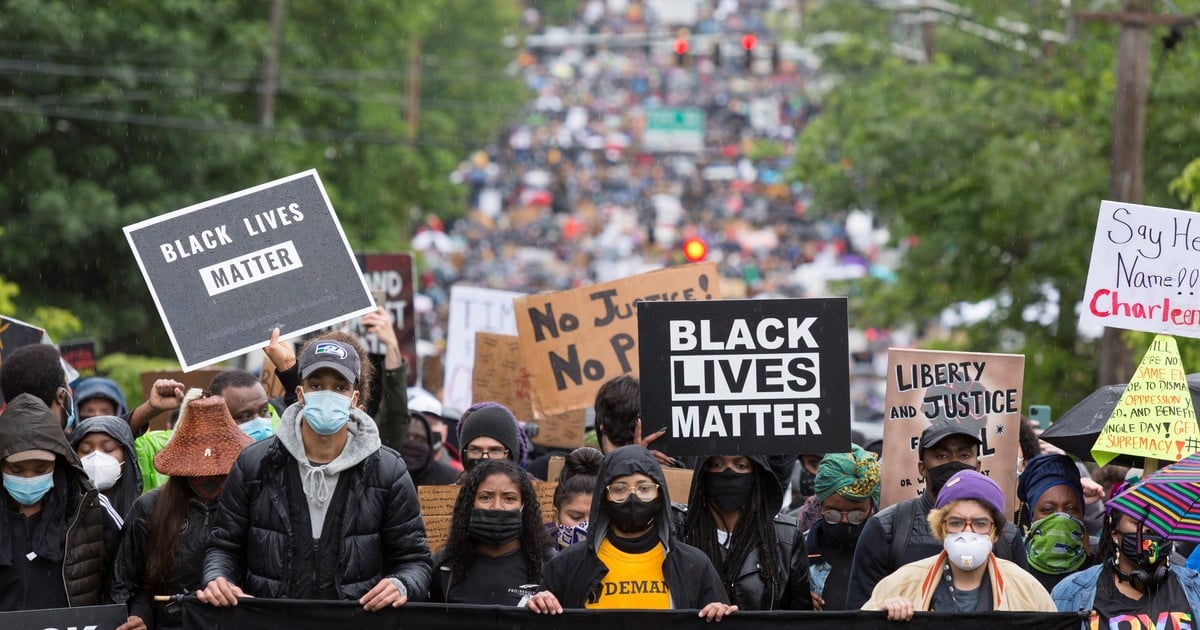 The George Floyd case is exceptional for several reasons, but mainly because it raised awareness and mobilized the public opinion of USA in the face of police violence against blacks. The protests over this event were the largest since the assassination of Martin Luther King.

The eight minutes of video that showed the brutal crime, and that the technology allowed it to spread quickly on social networks in all its harshness, made the American population horrified and changed its perspective on police action. There was even a change of attitude in the white population, which manifested itself openly in the repudiation marches.

Floyd had grown up in Houston, Texas, but had recently moved to Minneapolis. There he worked as a security guard in a shopping mall, like millions of Americans who were made unemployed by the pandemic. He had a 6 year old daughter,

The entire episode, which occurred on May 25 last year, lasted 30 minutes and began with a supposed fake 20 dollar bill that Floyd used to buy cigarettes at a Minneapolis store of which he was a regular. The employee, a teenage replacement, called the police.

When the police cell arrived, Floyd was in his car with two friends. Officers said he had tried to resist, which the videos did not show. They pointed a gun at him, made him get out and ended up handcuffed on the floor.

A total of four police officers acted. When they wanted to put him on the patrol, Floyd got nervous, since it was claustrophobic. The policemen threw him back to the ground, handcuffed.

The most violent was the officer Derek Chauvin, who He held him upside down, applying his knee to the back of his neck, in an aggressive control method that in theory is no longer used.

In the chilling 8.46 minute video taken by passersby, Floyd is heard pleading several times for his release. “I can’t breathe. Please, please, ”he repeated. Until in a moment it is inert.

The crime sparked a wave of protests in more than 100 American cities. Some ended in serious incidents and violent clashes with security forces. There were deaths, injuries and hundreds of protesters arrested.

The protests against racism and police brutality spread throughout the world and last year reached Paris, among other cities in Europe and America. Photo: AFP

The authorities decreed a curfew in some cities and deployed members of the National Guard.

Then-President Donald Trump publicly acknowledged people’s outrage at Floyd’s crime: “All Americans were stirred and nauseated by the brutal death of George Floyd, rightly so,” he said. But he decided to apply a heavy hand to contain the overflows.

What was most outraged about his message is that called the protesters “terrorists” and “thugs”.

“These are not acts of peaceful protest, they are acts of domestic terrorism. In recent days our Nation has been taken over by professional anarchists, violent masses, arsonists, looters, criminals and others ”, he launched.

In the days that followed Trump tried to visit the family, who objected. He finally got on the phone with one of Floyd’s brothers.