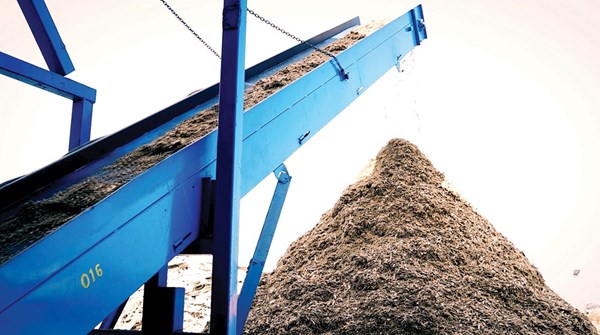 Dr. Salem Khalfan Al Kaabi, Director General of the Abu Dhabi Center for Waste Management «Tadweer», confirmed in an interview with the «Union», “The center is implementing integrated plans to develop and modernize waste dumps in the Al Dhafra region, according to the latest innovations and global practices followed in this field, through Implementing a set of projects to keep pace with the development in the Al Dhafra region, as the center has studied the construction of engineering landfills to receive waste in a more efficient and effective manner, monitor the quality of groundwater and the gases emitted, and work to develop mechanisms to take advantage of the gases by converting them into alternative energy that can be used.

Al Kaabi added that there are ongoing plans to develop waste dumps in modern and innovative ways, explaining that work is underway to develop landfill infrastructure in the Emirate of Abu Dhabi, among the future projects that will contribute to absorbing the increase in population growth, which results in an increase in consumption and waste generation in the emirate.
Al Kaabi pointed out that the strategy of the Abu Dhabi Center for Waste Management is based on the continuous innovation of effective solutions for all forms of waste and waste, and finding distinctive ways to destroy and exploit them in a civilized manner, ensuring the preservation of a clean, healthy, safe and sustainable environment for the society of the Emirate of Abu Dhabi, reducing the percentage of pollution and promoting the aspects of sustainable development in the UAE. The United Arab Emirates at the global level, thanks to its wise and successful policies in the field of waste management and treatment, and the protection of the environment and society in general, through efforts aimed at achieving sustainable waste management in the country, in line with national goals aimed at reducing solid waste sent to landfills by 75 percent .
Al Kaabi said, “In order to achieve this goal, we seek to make the most of the innovations and best international practices, and we look forward to adding specific efforts to the current processes in the field of waste management to enhance the potential of the circular economy and reduce the solid waste sent to landfills to a minimum.”
Al-Kaabi indicated that “Tadweer” continues its great efforts to double the rate of waste resulting from construction and demolition activities in various parts of the Emirate of Abu Dhabi, by adopting multiple programs that aim to recycle these wastes according to local and international standards and standards in that field, based on its permanent commitment. The constant implementation of the vision of the Abu Dhabi government represented by the Executive Council’s decision, which stipulates the use of at least 40% of recycled materials in road and construction projects in all regions of the emirate, with the aim of effectively contributing to reducing the burden of import in general.
Statistics from the Abu Dhabi Center for Waste Management (Tadweer) revealed that the 6 dumps in Al Dhafra region in Al Mirfa, Ghayathi, Al Silaa, Madinat Zayed, Al Jabbanah, and Al Jaffin received more than 600,107 tons of various waste during the past year, which were received and dumped in sustainable and environmentally friendly ways. Where the mixed green waste next to the municipal solid waste “without the large waste” accounted for the largest share of the amount of waste, by 147 thousand and 454 tons for municipal solid waste and 147 thousand and 442 tons for mixed green waste, while the amount of mixed demolition and building waste reached 165 thousand and 89 tons and residues Animals are 53 thousand and 40 tons, and commercial and industrial waste (large waste) is 37 thousand and 642 tons.
Commercial and industrial waste (other than hazardous waste without large waste) was 35,353 tons, the amount of large-volume municipal solid waste was 8159 tons, the amount of slaughterhouse and poultry farms’ waste was 1753 tons, dead animal waste was 930 tons, and sewage sludge waste was 3245 tons.
The efforts of the Abu Dhabi Center for Waste Management over the past year succeeded in recycling 34 thousand and 868 tons of waste, including 2084 tons of plastic, 3650 tons of cardboard, 4,364 tons of iron and 24,768 tons of wood.

"People of kindness" to consolidate compassion with "social empowerment" orphans

Federal demand: Railway board members should forego bonuses for 2021