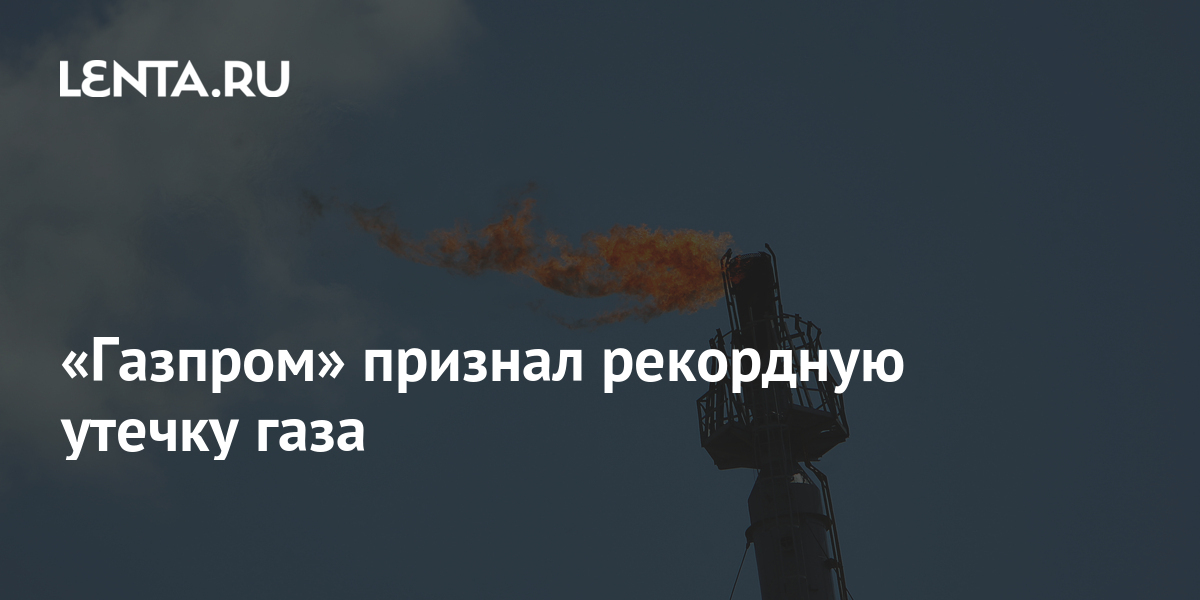 Gazprom has claimed responsibility for one of the most serious methane leaks in recent years, Bloomberg writes. The problem was identified thanks to satellite data analysis provided by Kayrros SAS. The gas giant reported that 2.7 million cubic meters of methane leaked during pipeline repairs on June 4.

In terms of the impact on global warming, this can be considered the equivalent of the volume of emissions produced by 40 thousand cars with internal combustion engines in the United States per year, according to data from the Environmental Defense Fund. Kayrros has estimated emissions at 395 metric tons per hour (about 583 thousand cubic meters). Thus, it turns out that the gas company is responsible for a record leak in the oil and gas sector since September 2019.

Gazprom reported that the incident occurred after a problem was discovered on the Urengoy-Center 1 gas pipeline in Tatarstan. The company explained that it was able to cut potential emissions by 22 percent, but due to the urgency of the task, it was unable to use a mobile compression station to limit the leak.

Kayrros claims this is not the only methane leak from Gazprom’s pipelines. Another one took place on May 24th. Gazprom said that this is due to two-day planned work at the site in Bashkiria. Emissions are estimated at 900 thousand cubic meters, and according to the company, this does not contradict the safety rules adopted in the industry. Gazprom has also acknowledged three more leaks seen in Russia over the past month.

Analysts at VTB Capital claim that the June incident accounted for only 0.1 percent of the total pollution caused by Gazprom’s operations in 2019.

“The situation may be quite negative for the perception of Gazprom shares,” experts said, noting that the leak is unlikely to affect the company’s finances or operations.

On June 17, Kayrros discovered a huge methane cloud also in the area of ​​coal mines in South Africa. The company’s emissions were compared with the volume of emissions from 260 thousand cars. According to experts, methane is one of the main causes of global warming. In the first 20 years of being in the air, this gas captures about 84 times more heat than carbon dioxide.

Warframe continues to demonstrate why it is such a popular shooter with its new expansion: trailer and details

A mind-reading helmet hits the market in the coming weeks