Gas stations are closing their doors in Lebanon 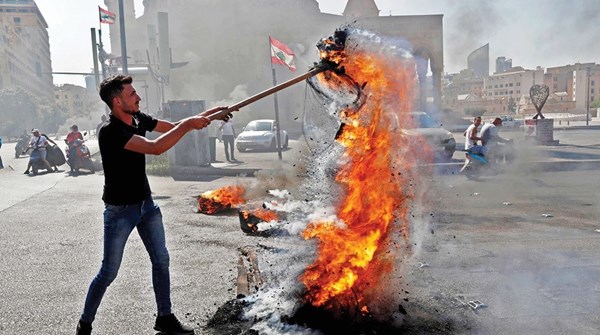 Some gas stations in Lebanon closed today, Monday, due to the lack of gasoline, while stations witnessed شهدت
Others queue up citizens with their cars in front of them to get their needs from what they have from stock.

Owners of private generators of electricity decided to turn off their generators in most Lebanese regions for about eight hours a day, due to the depletion of diesel fuel from the stations’ tanks.

The hours of power outage provided by Electricité du Liban amounted to about 22 hours per day in most Lebanese regions.

This comes as a number of citizens cut off a number of roads today in the capital, Beirut, and in the north, south and east of the country, in protest against the deteriorating living conditions.

The protesters declared that “the citizen cannot buy his daily needs of medicine and milk and suffers from humiliation in front of gas stations in light of the lack of purchasing power,” and chanted slogans calling for “the departure of the authority.”
It is noteworthy that Lebanon is witnessing a severe economic and financial crisis, which led to an increase in the exchange rate of the dollar to reach 17,700 Lebanese pounds.