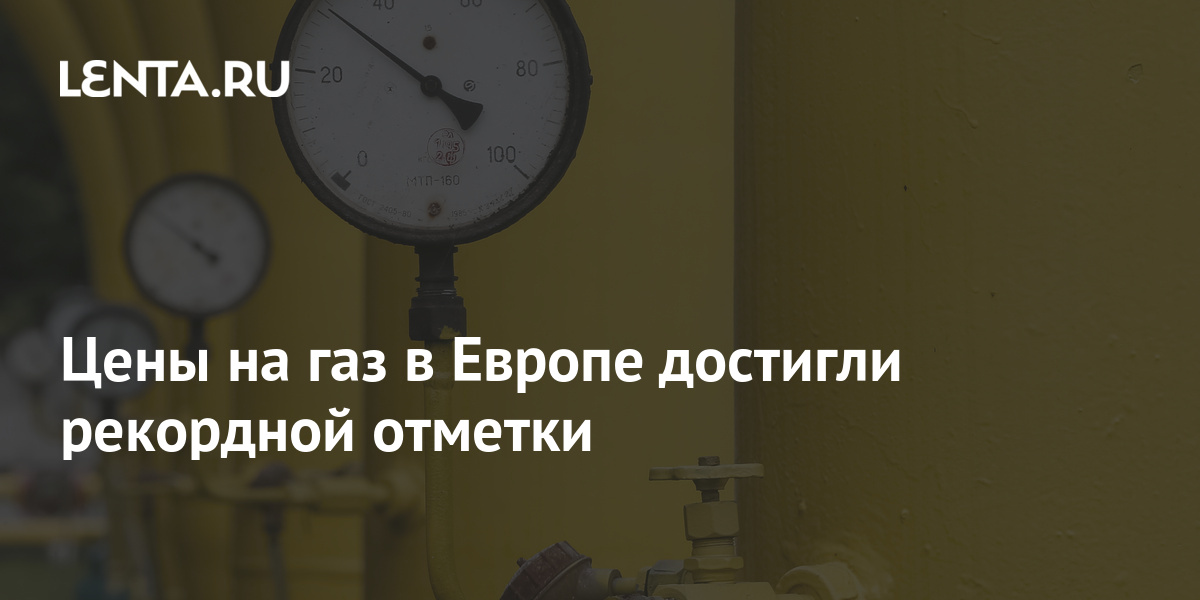 Gas prices in Europe have renewed their record. The cost of the October futures has exceeded $ 600 per thousand cubic meters, according to the data exchanges ICE Futures.

was the price per thousand cubic meters of gas in Europe

During the day, the price of the October contract ranged from $ 588 to $ 600.6. Spot prices have also increased. Thus, the value of a day-ahead contract with delivery on Tuesday at the Dutch hub TTF increased to almost a record $ 580. The growth began after the announcement of the results of the auction for booking additional capacities for gas transit through Ukraine in September. Gazprom bought only 0.65 million cubic meters per day (4.3 percent of the volume), reports TASS with reference to RBP platform data.

Against the background of a temporary decrease in Russian gas supplies via the Yamal-Europe gas pipeline after the accident at the Gazprom plant in Novy Urengoy on August 5, European countries are experiencing a gas shortage. From August 6 to August 17, pumping along this route was reduced from 2.1 to 1.4-1.5 billion cubic meters per day. In order to fulfill its obligations, the company began to withdraw gas from its own underground storage facilities in Europe, as a result of which the reserves in the largest storage facilities were greatly reduced.

At the same time, Marina Tsygankova, senior gas analyst at Refinitiv, told RIA Newsthat the high prices are due to the low level of reserves in the storage facilities in northwestern Europe and the situation with the launch of the Nord Stream 2 gas pipeline.

Nord Stream 2 AG, the operator of the construction of Nord Stream 2, lost the case in the Dusseldorf High Land Court to exempt the pipeline from the norms of the updated EU gas directive. Among them there is a ban on the ownership of a gas pipeline by a production company entering the territory of an EU country. In the case of Nord Stream 2, this means that Gazprom will be able to fill no more than 50 percent of the volume.

The rest of the capacity should be reserved for an independent supplier. This is impossible in Russia, since Gazprom is a monopoly in the export of gas through pipelines.

In the previous version, the gas directive concerned only gas pipelines passing through the territory of the EU countries. Thus, the capacity of the onshore extension of Nord Stream, the OPAL gas pipeline, has been halved.

About an hour after the announcement of the decision of the German Court of Appeal on compliance with the EU Gas Directive as part of the EU’s Third Energy Package, Gazprom stopped selling gas to European buyers for 2022 through its own Electronic Trading Platform (ETP).

Thus, Gazprom will be forced to comply with European rules that prescribe the separation of the owners of the gas pipeline and the fuel supplied through it, as well as allow independent suppliers up to half of the pipeline capacity passing through the EU.