Garry Winogrand, a myth of photography also in color 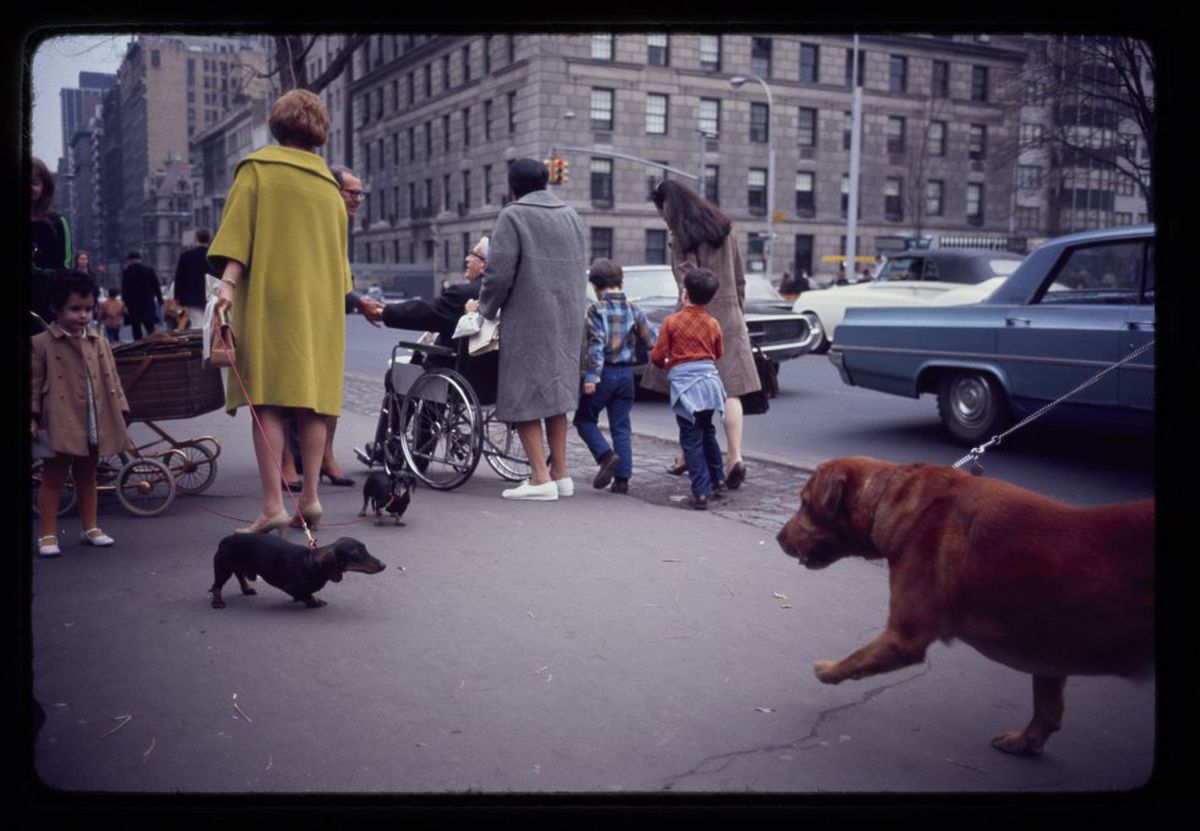 After the end of the Second World War in the United States there was a boom economic and social; a few years that gave way, already in the sixties, to a period of restlessness and disillusionment in the face of the nuclear threat, the race riots, the wars in Indochina and Vietnam and the assassination in November 1963 of President Kennedy. And there were many photographers who took to the streets to capture that time with their cameras: the bustle, energy and effervescence of the streets of cities like New York and the movement of their anonymous people, who enjoyed life, but also they protested against everything they considered unjust.

Among them, Lee Friedlander and Diane Arbus. But none like Garry Winogrand, born in the Bronx in 1928 and died in Tijuana, Mexico, in 1984, at the age of 56, after having taken thousands of photographs, many of them unpublished. Like the ones contained in the 6,500 reels that he left undisclosed, in which lively images of passersby on New York avenues abound: young women, Wall Street businessmen, almost always in suits, but also hippies, children, actors and athletes, show business, anti-war protesters, animals and cars, two of his passions. “Sometimes I feel like […] the world was a place for which I bought a ticket. It’s a great show for me, as if it wouldn’t happen if I wasn’t there with a camera, ”Winogrand said in 1980.

A selection of 169 images from this vast production can be seen until September 5 at the exhibition Garry Winogrand, organized by the KBr of the Mapfre Foundation of Barcelona. Curated by Drew sawyer, curator of photography at the Brooklyn Museum, the exhibition projected for the first time in Spain 152 of the 45,000 color slides that Winogrand made in parallel to his black and white images, with the intention of shedding a new light on the career of this fundamental artist of photography. The themes are the same: bright beach scenes, bustling streets, parks, and city office buildings. In fact, Winogrand had two cameras, one with black and white film and the other with color, and if one compares one and the other it is possible to verify that the two devices alternated, but their colors have been eclipsed by his well-known black and white production.

“It was very expensive to develop these films; of the order of 200% more than those of black and white ”, emphasizes the commissioner. For this reason, Winogrand used them only to illustrate some of his classes at the University of Texas since 1973. In 1967 he showed them (only 80) for the first time during the exhibition. New Documents at the MoMA in New York, where he shared the bill with Friedlander and Arbus. But after a failure of the projector, which ended up burning a dozen of them, he did not show them again and they are very little known.

In Winogrand’s words, “photography is a way of thinking, seeing, feeling, it is not painting, not poetry, or anything other than photography itself.” According to the curator, “he considered that the importance of the photographs was not in what they narrated, but in what they asked and that is why he moves away from photojournalism to be an artist”. Hence, in his images, always made with a 35-millimeter Leica with a wide angle and based on inclined planes, the subjects abound, and there is seldom a single focal point, forcing the viewer to go through the image from part to part to being able to grasp the ultimate intentions of your work. “Winogrand would plunge into the chaos of the city to try to reproduce it and thus capture the flow of life,” continues Sawyer.

Like one of their most iconic pieces, that of the elegantly dressed 1967 couple holding two baby chimpanzees as well dressed as them in the middle of the crowd. Or the one he did to President Kennedy at the 1960 convention in which he appears giving a speech, with his back turned and his face is only seen on a television, visualizing the growing power of the screen in front of magazines and newspapers. Also, in the photograph in which four dolled-up old women walk down a New York street in 1970. Next to them are four or five huge garbage bags. Behind, a young woman in jeans, “and possibly without a bra,” says Sawyer, in case there were doubts about the generation gap.

Winogrand was interested in taking photos, but not printing them, editing books, or displaying them. That is why his work would not be understood without the role of MoMA’s head of photography since 1962, John Szarkoswki, one of the most influential people in the formation of contemporary taste in the field of photography. Szarkoswki considered Winogrand the “most important photographer of his generation.” It was he who organized the first solo exhibition of the artist in a museum, The Animals, in 1969, with his photos of zoos and aquariums in New York, and the person in charge of printing and contacting 2,500 of the 6,500 reels that Winogrand left unedited after his death; a material that saw the light in hindsight Figments from the Real World, organized at MoMA in 1988, a canonical exhibition of this photographer ever since. “We are left wondering if that is the image that Winogrand would have liked to make known about his work,” concludes Sawyer.

The Art of Aging by Nicholas Nixon

Since it opened in October 2020, KBr de Barcelona has been programming two exhibitions at the same time. It started with Bill Brandt and Paul Strand. He continued with Claudia Andujar and the collection of daguerreotypes of the Center de Recerca i Difusió de la Imatge de Girona. Starting this Friday, next to that of Winogrand will be the one dedicated to The Brown sisters, Nicholas Nixon’s most famous series, about his wife, Bebe, and his three sisters, Heather, Mimi and Laurie, which he has been running since 1975 without interruption and in which the four are seen to grow old, year after year.

Always portrayed in the same order and looking at the lens, the series is completed with new deliveries each year that the centers receive “as a subscription,” says Carlos Gollonet, chief photography curator at the Mapfre Foundation. The last photograph, the one from 2020, will mark a milestone in this popular series, since for the first time, the four sisters could not meet due to the pandemic for the image and Nixon had to capture their faces via Zoom.