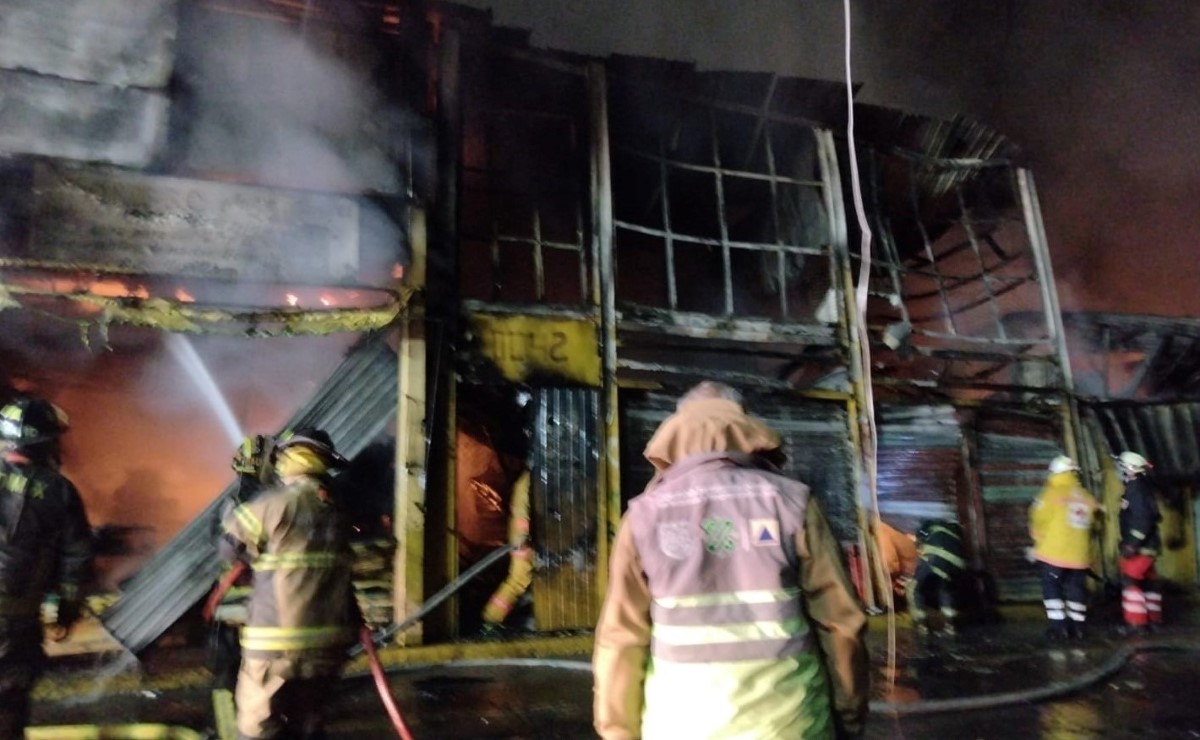 A store where tires and auto parts were stored it burned, at the intersection of Gran Canal de Desagüe avenue and Villa de Ayala, in the San Felipe de Jesús neighborhood, Gustavo A. Madero mayor’s office, presumably by a short circuit.

The fire was generated inside the building, around 00:30 hours, and it was already suffocated by elements of the Heroic Fire Department of Mexico City.

Due to the fire, the capital authorities evacuated at least 50 inhabitants of the area, in addition to that the circulation in the surroundings was closed, to carry out the emergency works.

As a preventive measure, the evacuation of 50 inhabitants of neighboring properties has been carried out. @Firefighters_CDMX they work in the control of flames.

Firefighters put out the fire tras work for almost three hours, because there were a lot of tires that complicated the work.

The capital authorities reported that due to the fire there were no injured people or damage to other buildings.

This is the second spare parts warehouse to catch fire this week, after a similar event occurred on Wednesday at the Benito Juárez mayor’s office, where 500 people had to be evacuated.