Galaxy Z Fold 3: Samsung’s first folding mobile with an under-screen camera and support for a stylus 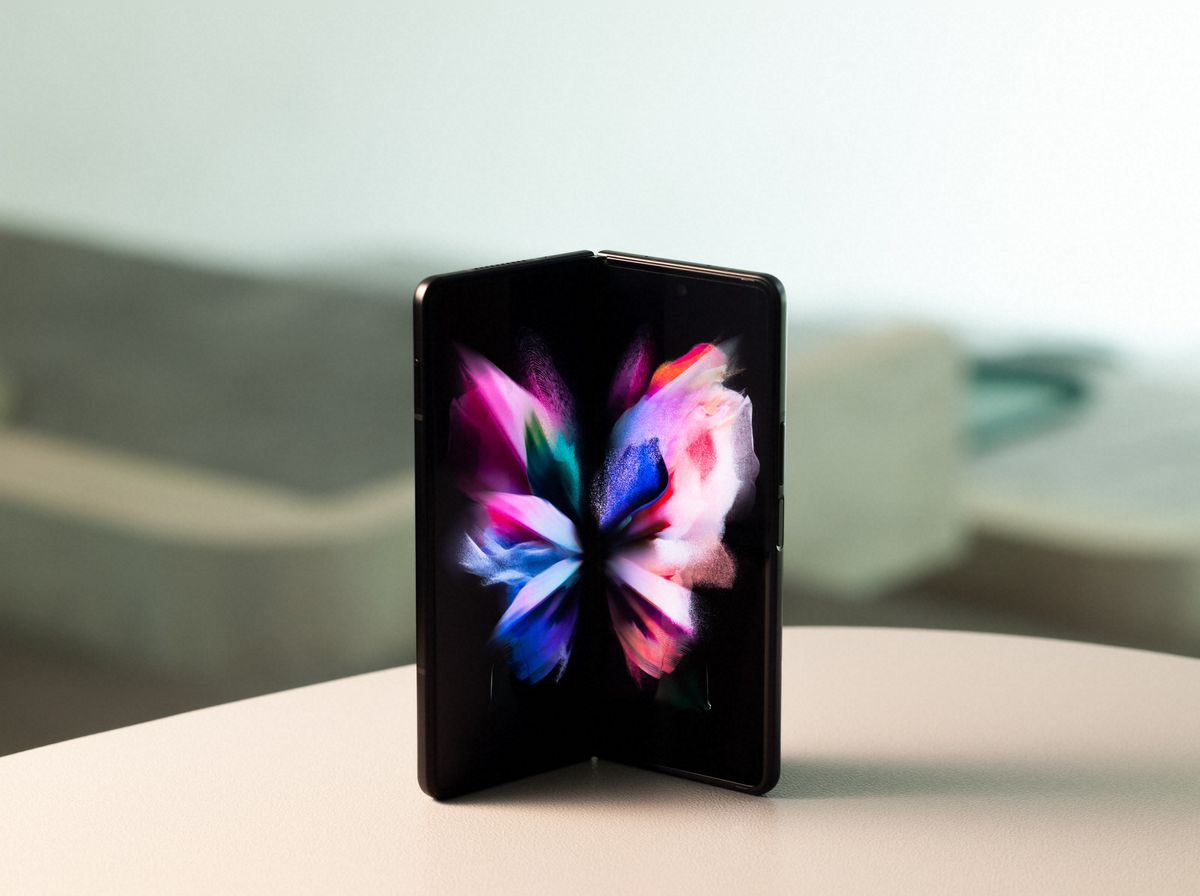 At the beginning of 2019, Samsung presented its first folding mobile, the Galaxy Fold, in San Francisco. Since then the South Korean brand has not stopped presenting this type of smartphones. This Wednesday, in the expected virtual event Galaxy Unpacked, it has returned to the load with two new folding: the Galaxy Z Fold 3 and the Galaxy Z Flip 3. The first, with a book-like design, is designed for those users who want to ” enhance their productivity and achieve immersive experiences ”with a large screen. The second, with a vertical folding system, is for those who want and a terminal of a smaller size and “attract attention wherever they go”. While the Z Fold 3 will be available from 1,799 euros, the price of the Z Flip 3 will start at 1,049 euros.

“We pioneered the form factor and began our Galaxy Z series journey because we saw the potential of this technology to literally open up new ways to look, work, play, capture and connect,” said Mark Holloway, Senior Product Manager. from Samsung. Manufacturers have been experimenting with new designs for years to try to meet the demands of their customers. Companies like Huawei, Motorola or Xiaomi participate in a constant race to launch smartphones that bend.

The design of Samsung’s new folding mobile phones is similar to that of their predecessors. The main screens of both smartphones now they have a new protective foil which, according to the brand, is 80% more durable. In theory, both the exterior screens and the rear glass are also more resistant “against scratches and accidental drops”. For the metal frame and hinges, a new material has been used – aluminum armor. Holloway says that it is the “most resistant material ever used in a smartphone” and that it makes both phones “10% more durable than previous generations.” Plus, the new aluminum supposedly makes the devices lighter, “a plus when it comes to portability.”

The external screen of the Galaxy Z Fold 3 maintains the size of its predecessor (6.2 inches). It is designed to “immediately read the news or check messages from friends without unfolding the device.” Its refresh rate is 120 Hz, as is the case with most of the smartphones high-end in the market. This rate refers to the number of times the screen is updated per second. The higher it is, the smoother the experience, but it also uses more battery power.

The main screen of this terminal, which is the one used when opening the smartphone, is 7.6 inches. But if the Galaxy Z Fold 3 stands out for something, it is because it is the first Galaxy and the first foldable with a camera under the screen. Samsung has put pixels over the camera lens to create “a seamless viewing experience” and “more immersive,” according to Holloway. In addition to a front camera on the 4-megapixel inner screen, there is another 10-megapixel one on the secondary one (the outer one). The smartphone it also has a triple rear camera consisting of a main sensor, a wide angle and a telephoto lens of 12 megapixels each. The rear camera module, which was rectangular on the Z Fold 2, becomes more compact and curved.

The terminal is also compatible with the S Pen, the traditional Samsung stylus that usually accompanies the Note range. The South Korean giant has designed two different models: the S Pen Pro, which is larger (it measures 173.64 millimeters and weighs 14 grams) and the S Pen Fold Edition (it measures 132 millimeters and weighs eight grams). The former can work with bluetooth and it is intended to be used, in addition to the Z Fold, with other devices such as a Galaxy Tab or a Galaxy Book. The Fold Edition only works with the Z Fold 3 and allows you to perform some actions — take a photo, for example — at the touch of a button. “S Pen support makes it easy to draw correctly or even sign a document right on the phone,” says Holloway.

One of the strengths of large-screen terminals is that they facilitate multitasking. That is, they allow you to use several applications at the same time. For example, it is possible to chat on WhatsApp while viewing a video on YouTube and checking the calendar. Samsung claims to have improved the split screen mode. With the Z Fold 2, it was missing that some applications were designed and updated specifically for that terminal. The company claims to have worked to achieve this with giants such as Google and Microsoft. “We have worked with many partners such as Spotify and YouTube,” Holloway said.

The Galaxy Z Fold 3 is compatible with 5G networks and is equipped with a Qualcomm Snapdragon 888 5 nanometer processor. In addition, it has 12 GB of RAM and 256 or 512 GB of storage. Its battery is 4,400 mAh, slightly lower than that of its predecessor, the Z Fold 2, which reaches 4,500 mAh.

The other terminal presented by Samsung is the Galaxy Z Flip 3, which has a vertical folding system and adopts the classic shell format used by others. smartphones like the legendary Motorola Razr. Unfolded, it has a 6.7-inch screen and can be used like a normal mobile. Folded, it has a small secondary screen of 1.9 inches – somewhat larger than that of its predecessor -, which allows you to consult up to four notifications at the same time. “You can keep up with your work emails and your group chats, all without opening the phone,” explained Charlotte Wicks, category manager for smartphones from Samsung. In addition, in this secondary screen it is possible to configure up to six widgets: from weather monitor to step count.

In the photographic section, the Galaxy Z Flip is equipped with a 10 megapixel front camera. On its back it has two 12-megapixel sensors — one main and the other wide-angle. “You can easily take a selfie on the go without even unfolding the device,” Wicks said. The terminal, compatible with 5G networks, also has a Snapdragon 888 processor, 8 GB of RAM and 128 or 256 GB of storage. The battery remains with respect to its predecessor and reaches 3,300 mAh.

The South Korean brand has also unveiled new smartwatches and wireless earbuds. With the Galaxy Watch 4 and Galaxy Watch 4 Classic, Samsung intends to face the Cupertino company and its Apple Watch, the smartwatches Best sellers From the market, according to Statista. Samsung has introduced two different models: the Galaxy Watch, which would be “the modern and minimalist option with a stylish and durable aluminum case, a sweat-resistant sports strap and a low-profile digital bezel”, and the Galaxy Watch Classic. The latter device “is made of stainless steel and other luxury materials” and features a rotating bezel.

The manufacturer wants its smart watches to monitor the health of users better and better. According to the company, “Being healthy means different things to different people, whether it’s focusing on weight, building muscle, staying active or boosting metabolism.” The new Galaxy Watch 4 have a snoring detector and have a new body composition analysis tool that theoretically provides information on basal metabolic rate, water retention or percentage of body fat. We will still have to wait to see how accurate this tool is and how it performs these measurements.

Samsung has also revamped its wireless headphones. The new Galaxy Buds 2 stand out for a noise cancellation that in theory serves to reduce external sounds by up to 98%. In addition, the user can choose between three levels of ambient sound and adjust them to decide how much they hear from the world around them. To keep calls clear, the headphones supposedly identify distracting background noises such as car horns or the wind using machine learning.