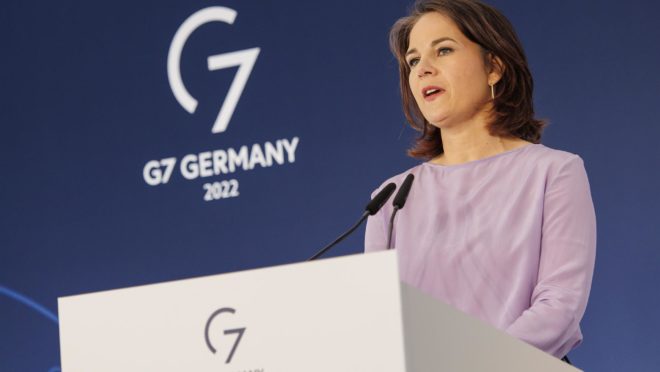 The foreign ministers of the G7 – a group that brings together Germany, Canada, the United States, France, Italy, Japan and the United Kingdom – said on Saturday (14) that they will not recognize the borders that Russia wants to impose “with its military intervention” in the Ukraine. The statement was made after a meeting in northern Germany.

“We will maintain our commitment to support the sovereignty and territorial integrity of Ukraine, including Crimea,” reads the G7 note, which comes at a time when fighting intensifies in eastern Ukraine, in Donbass. The ministers also called on the Belarusian government to stop facilitating Russian intervention, pledged to increase economic sanctions on sectors on which Russia “is particularly dependent” and made a request to China.

“We urge China not to help Russia in its war of aggression against Ukraine, not to undermine the sanctions imposed on Russia for its attack on Ukraine’s sovereignty and territorial integrity, not to justify Russia’s action in Ukraine and that renounce information manipulation, disinformation and other measures to legitimize Russia’s war of aggression against Ukraine,” the statement reads.

The group also recalled that “Russia’s war of aggression has spawned one of the most serious food and energy crises in recent history, which now threatens the most vulnerable.” Ukraine accounts for 10% of global wheat exports, 14% of corn exports and about half of the world’s sunflower oil, according to the US Department of Agriculture.​

Cagliari, Agostini: "Inter will put us in difficulty but we too will have our moments"