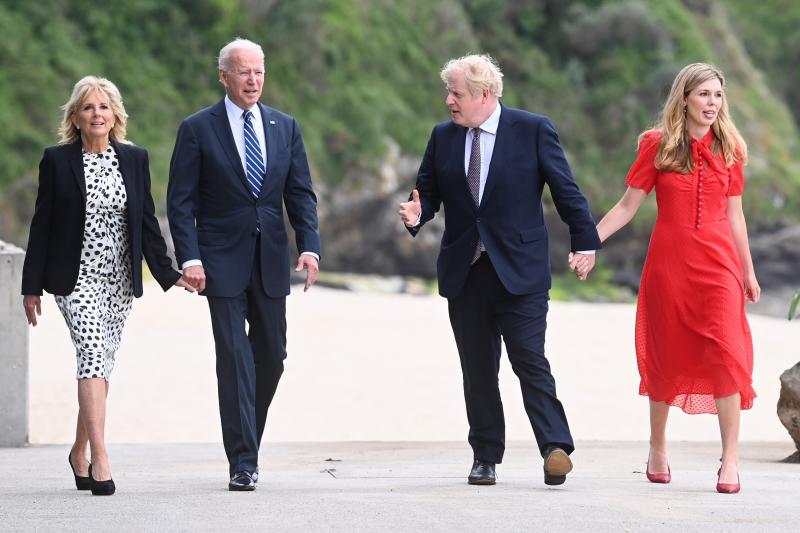 The G7 leaders are arriving in Carbis Bay, in the Cornwall region, where they will discuss in the first plenary meeting, on Friday afternoon, their ideas for an economic recovery that offer more resilience to societies. One of the points is the commitment of donations to the Global Education Association (GPE for its acronym in English), with the aim of increasing the number of girls in school by 40 million, in the next five years, in low-income countries.

The goal of Covax, the international body that channels resources for vaccination in the world, has set the goal of 2,000 million in the world throughout this year, and 1,800 million in low-income countries by the beginning of 2022 David Nabarro, of the World Health Organization, has asked the G7 leaders “to stop presenting the vaccine offer as charity.” “It is not charity but self-interest that comes into play,” he added.

Protests on the occasion of the G-7 summit / Agencies

The convergence of the leaders will allow informal meetings in which GT historians place their most interesting agreements. This summit has been preceded by virtual meetings and in person of the ministers of the participating governments, who have already advanced the fundamental agreements that will be published in the final document.

The president of the European Commission, Ursula von der Leyen, the first to arrive in Cornwall, announced before leaving Brussels that there will be a trilateral meeting between the United Kingdom, the United States and the EU in which the mess created by the ‘ brexit ‘in Northern Ireland; but the political level of the attendees has not been confirmed. President Joe Biden seems determined to mediate the atmosphere of tension between London and Brussels, with reciprocal reproaches of inflexibility or of having broken trust.

The leaders, accompanied by their consorts, will be entertained tonight by the Prince of Wales and other members of the royal family, in a dinner that will include gazpacho as one of the options for the first course and turbot as the second. The absence of Donald Trump has turned this G7 into a haven of peace. It is once again a congregation of onlookers who watch the potentates of world politics spend a weekend and guide aspects of the international work of their domestic assistants for the next year.