G20 in Venice, the agreement on global taxation and clashes between demonstrators and police 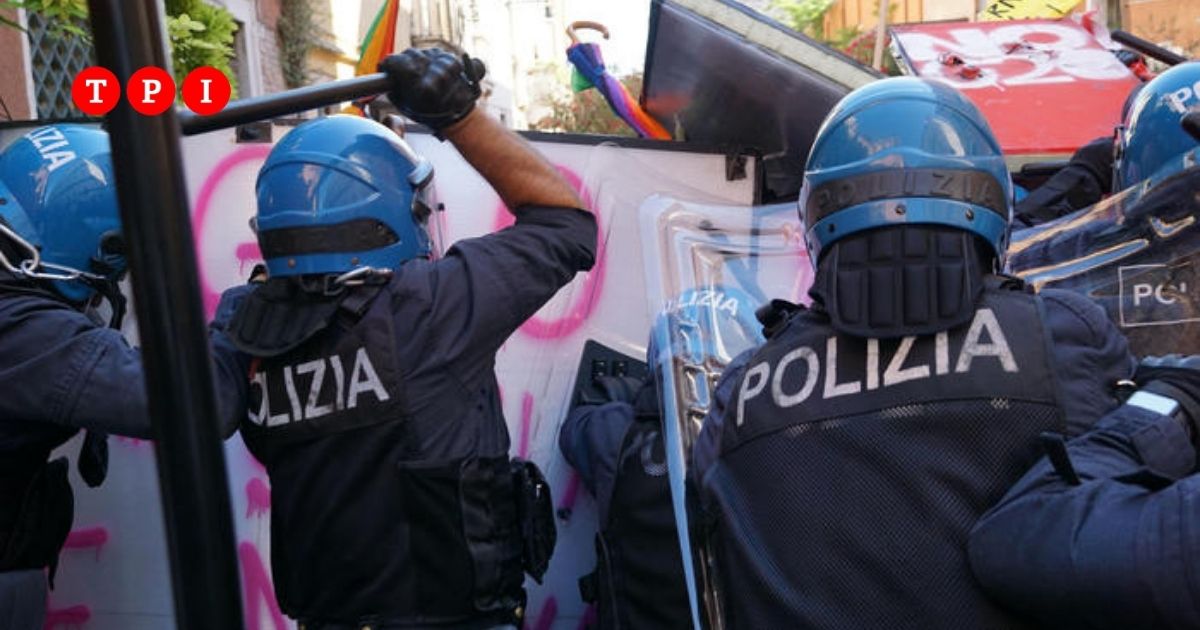 The G20 finances of Venice, under the Italian presidency, reaches a result defined by many as “historical” and, unanimously, makes a leap forward to the international tax reform, including the idea of a 15% rate for a global minimum tax on multinationals. “This is a historic agreement because we are setting the world rules for large companies“, Explained the landlord, the Minister of Economy Daniele Franco, speaking at the press conference together with Governor of the Bank of Italy Ignazio Visco at the conclusion of the works.

“The pillars have two rules: one that concerns one allocation of profits of large multinationals, those with turnover over 20 billion euros, in the countries in which they operate and the other that concerns a minimum tax rate for companies with at least 750 million euros in turnover equal to at least 15% “.

The agreement “creates an equal ground“At the level of competition between countries, added Governor Visco, according to which the results achieved today by the G20 give” overall an important answer on the need to work together “.

G20 in Venice, clashes between demonstrators and police

In the meantime they occurred clashes between police and demonstrators against the G20. The group of protesters is part of approx 700 activists who gathered in the afternoon at the “rafts”, on the bank of the Giudecca canal. A protester was arrested, confirm this to theAgi sources close to law enforcement. It would be a non-Venetian young man. Several agents and demonstrators bruised or with minor injuries.

G20 in Venice, the agreement on global taxation

“We have achieved a historic agreement for a more stable and fair international tax system“; reads the final document of the G20 finances of Venice. The finance ministers and governors of the G20 – the statement reads again – have agreed to “the use, if appropriate, of mechanism for fixing the price of CO2 emissions and incentives“.

“We will continue to support the recovery – says the final document – avoiding any early withdrawal of support measures, while remaining consistent with the mandates of the Central Bank, including in terms of price stability, and preserve financial stability and long-term fiscal sustainability and safeguard it from downside risks and negative spillovers “.

“We will continue – continues the document – ours international cooperation to guide the global economy towards strong, sustainable, balanced and inclusive growth. We confirm our April exchange rate commitments. We reaffirm the important role of open and fair rules-based trade in restoring growth and job creation and our commitment to fight protectionism and encourage concerted efforts for reform the WTO“.

A World Bank Task Force, World Health Organization, International Monetary Fund is World Trade Organization for the vaccines, therapies and diagnosis of moles Developing countries”To respond to the“ urgent need to be more prepared ”for pandemics. It is one of the points highlighted by the G20 Finance of Venice in its final communiqué, which instructs the experts of the Ministers of Finance and Health to “Make concrete proposals” for the joint meeting in October. “We will give priority to accelerating the delivery of vaccines, diagnosis and therapies “especially in disadvantaged countries and we will give”responses to quickly react to new variants“.

“Proud to participate in a historic day. Agreement for a reform of global taxation ”. The EU Commissioner for Economic Affairs writes on twitter Paolo Gentiloni.

“We have forecasts for the economies of the G20 countries of a solid economic ‘rebound’, but there is a risk of a new pandemic”. This was stated by the French economy minister, Bruno Le Maire, meeting journalists on the sidelines of the G20 work underway in Venice. “We need to speed up vaccinations – he continued – everywhere in the world. We must be aware that there is a risk of variations and a new wave. The economic forecasts are very good, and it would be a shame if they jumped due to the lack of vaccination ”. The work of the economic summit was defined by Le Maire as “friendly and concrete thanks to the Italian presidency, which is constructive and professional”, he concluded.

Le Maire explained that the next step will be the G20 finances in Washington in October, where “we will have to define the very last parameters of this new fiscal architecture“: On the share of profits of multinationals to be reallocated to Countries where these actually carry out their activities “20% does not seem enough, 30% could be too much, so the French proposal is to reach a consensus of 25%”.

As for the other aspect, that ofglobal minimum rate, “I strongly believe that 15% is not enough, we must do more and France, with some relevant partners of the G20, is aiming for more than 15% ”. Le Maire confirmed the goal that the global agreement will become effective by 2023 at the latest, and that France “will remove its national tax on digital services as soon as the agreement is implemented at the OECD level and becomes effective”.

As for the position of Ireland, Hungary and Estonia, “The Irish are not members of the G20 so we will discuss it next week with the three remaining countries who still have doubts, I think we can overcome the difficulties and concerns and that the push given by the G20 is clearly decisive”.

“Friday’s productive day at the G20: we have made progress in addressing critical global challenges such as the climate crisis and how to end the pandemic. I can’t wait to continue the conversation this weekend ”. The US secretary of state for the economy writes on Twitter, Janet Yellen.