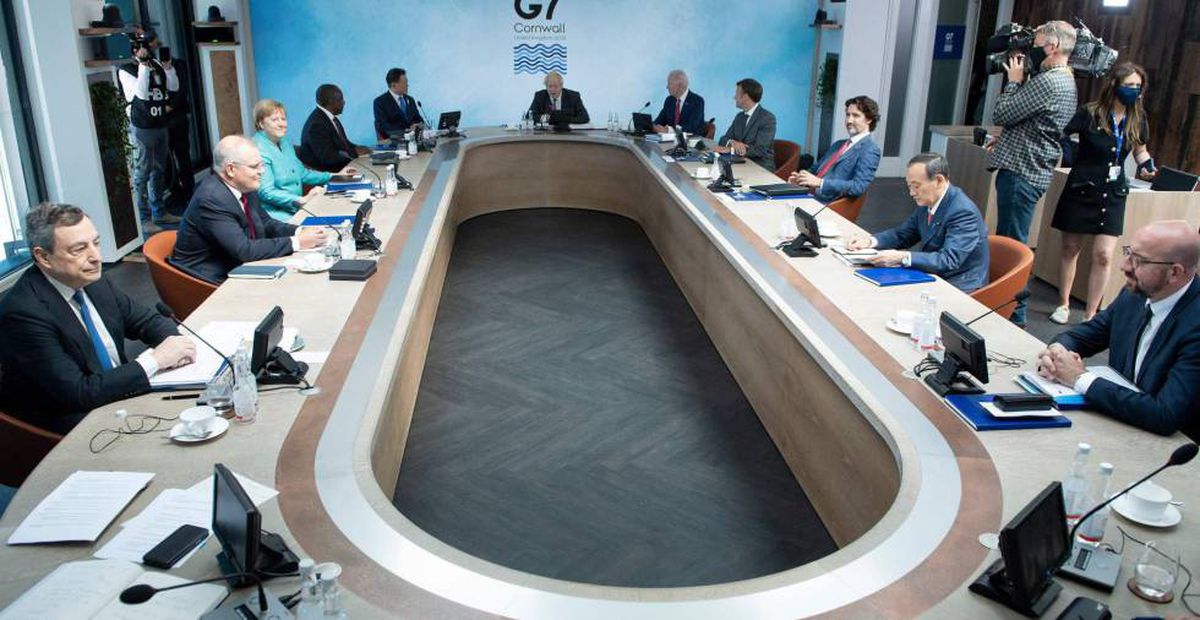 The leaders of the world’s major powers have pledged to donate between now and the end of 2022 billion doses of vaccines for developing countries. This was announced by the British Prime Minister, Boris Johnson, this Sunday at a press conference at the end of the summit held in Cornwall. “A week ago, I asked my G-7 colleagues to help prepare and distribute the doses needed to vaccinate the whole world by the end of 2022. We have committed to delivering around 1 billion vaccines to poor countries, either through Covax, or through direct donations from different countries ”, announced the president. The exit from a pandemic that has weighed down the world’s major economies was the central issue on the agenda, which has prompted important decisions that will still have to be detailed.

G-7 leaders have backed US President Joe Biden’s initiative to counter China’s growing influence. A multi-billion dollar plan, combining public and private action, will offer developing countries rapid financing of sustainable and green projects, from railway lines in Africa to wind stations in Asia. It has been called “the green route of silk”, in contrast to the project with that name (but without the green one) that the Chinese giant has been promoting for years, with collaboration schemes in countries in Asia, Africa and Latin America. The Cornwall summit closed this Sunday after three intense days of work with a session dedicated to the climate challenge, in which naturalist David Attenborough took part. “Our planet is warming rapidly. It is something undeniable and beyond any doubt. Our societies and nations present inequalities (…) The decisions that the most advanced nations on the planet make during this decade will be the most important in history, ”he told the summit leaders.

Biden has left Cornwall to meet Queen Elizabeth II at Windsor Castle this Sunday. Johnson remained in Carbis Bay to present to the press a summit that was his main foreign policy bet in the post-Brexit era. The G-7 has given the definitive impulse to a minimum corporate tax rate of “at least 15%”. And it has reaffirmed the commitments of the seven nations to cut carbon dioxide emissions by 2030.

The summit, however, has been overshadowed by growing tension between the Johnson government and the EU. The prime minister has even threatened to unilaterally breach the provisions of the Irish Protocol, the issue that has caused the most friction between London and Brussels. The president of the European Commission, Ursula von der Leyen, assured yesterday, after the bilateral meeting with Johnson, that “the EU remains united in this matter” and that international agreements must be complied with. Brussels has warned that it will not hesitate to impose tariffs on British products arriving in Northern Ireland if the Johnson government does not implement the customs controls to which it has committed.

Read the full communiqué from the G-7 summit below. If you can’t see it, click here.