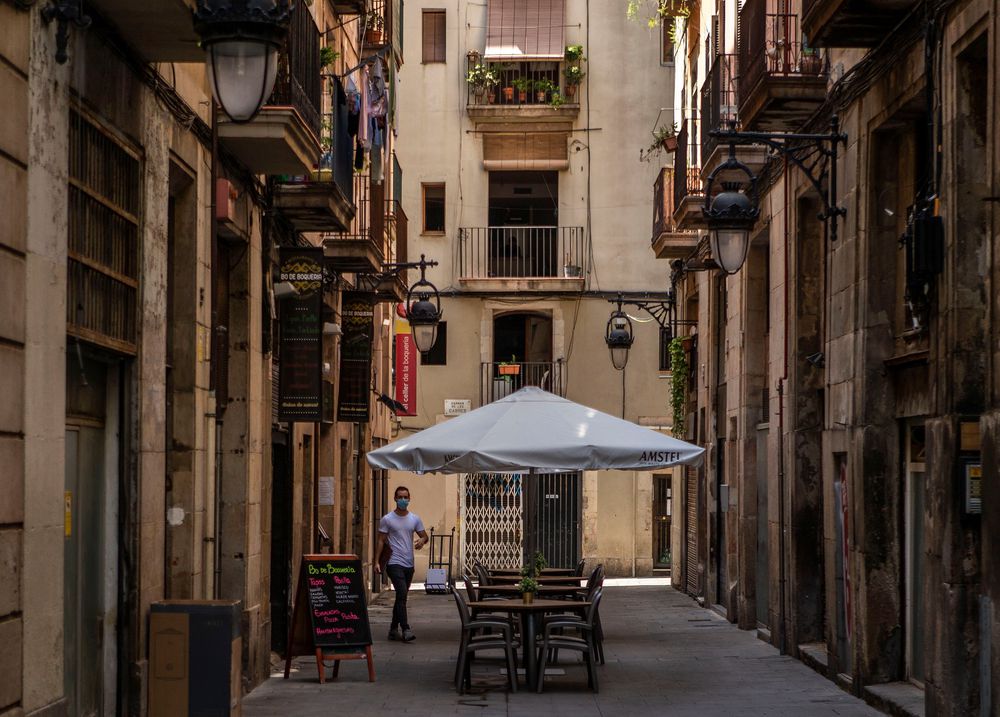 For now, 2021 is not meeting the expectations of those who predicted a break with the dynamics of last year. The Funcas panel of experts, which brings together the forecasts of 20 analysis services, foresees a more negative first quarter than initially expected for Spain, in which GDP will fall four tenths, instead of the advance of five that they predicted before. This weak start to the year will have an impact on the year as a whole: growth will be 5.9%, four tenths worse than anticipated.

The entity sees three main arguments to justify the correction: the fall in industrial activity in January, the decrease in effective employment in January and February —number of affiliates discounting salaried employees in ERTE and the self-employed with benefits—, and the slowdown in employment. arrival of tourists after the slight improvement in December. This has resulted in less optimism among the experts consulted, who point to a growth lower than that estimated by the Spanish Government (between 7.2 and 9.8%), and are placed with the predictions of international organizations : the prediction is identical to that of the International Monetary Fund, and slightly better than that of the OECD (5.7%) and the European Commission (5.6%). However, the panel collects the average of what the analysts think, and among them there are very notable differences in perception. The consulting firm Metyis is the most pessimistic, seeing a rebound of 4.5%, while the Center for Economic Prediction believes that the economy will improve 8.5%.

The calculations are accompanied by the large asterisk to which any aspiring prudent analysis refers today. “We must bear in mind, in any case, that these figures may undergo significant modifications depending on the advance of vaccination,” they point out. Experts believe that domestic demand will be the great engine of a recovery that should gain traction as of April, contributing six percentage points to GDP, while foreign demand will continue to show no signs of improvement, and will subtract one tenth from growth.

If the consensus of the analysts is fulfilled, the Spanish GDP will advance 1.7% in the second quarter of this year, 2.9% in the third, and 1.9% in the last. And this good streak will continue in 2022, with a growth very similar to that of this course, of 5.6%. Inflation will also rise, but it will remain at acceptable levels: it will be 1.1% in 2021 and one tenth more the following year. And the unemployment rate will be 16.7%.

Panelists see a more buoyant recovery in the US and China than in Europe. In the first, thanks to the greater speed of the vaccination campaign, the lifting of restrictions, and the effects of the stimulus launched by Joe Biden, of 1.9 trillion dollars, which has already begun to reach the bank accounts of the Americans. In the case of China, where the pandemic is under control, due to the upward revision of the investment and contracting plans of its companies. The rising cost of freight and supplies appears as one of the great concerns that can damage the recovery.

Did China’s media ‘invent’ a French journalist to defend the Beijing speech?

Actor Dmitry Pevtsov called for the cancellation of pension changes