Fujimori and Castillo supporters march in Peru, which remains without a new president 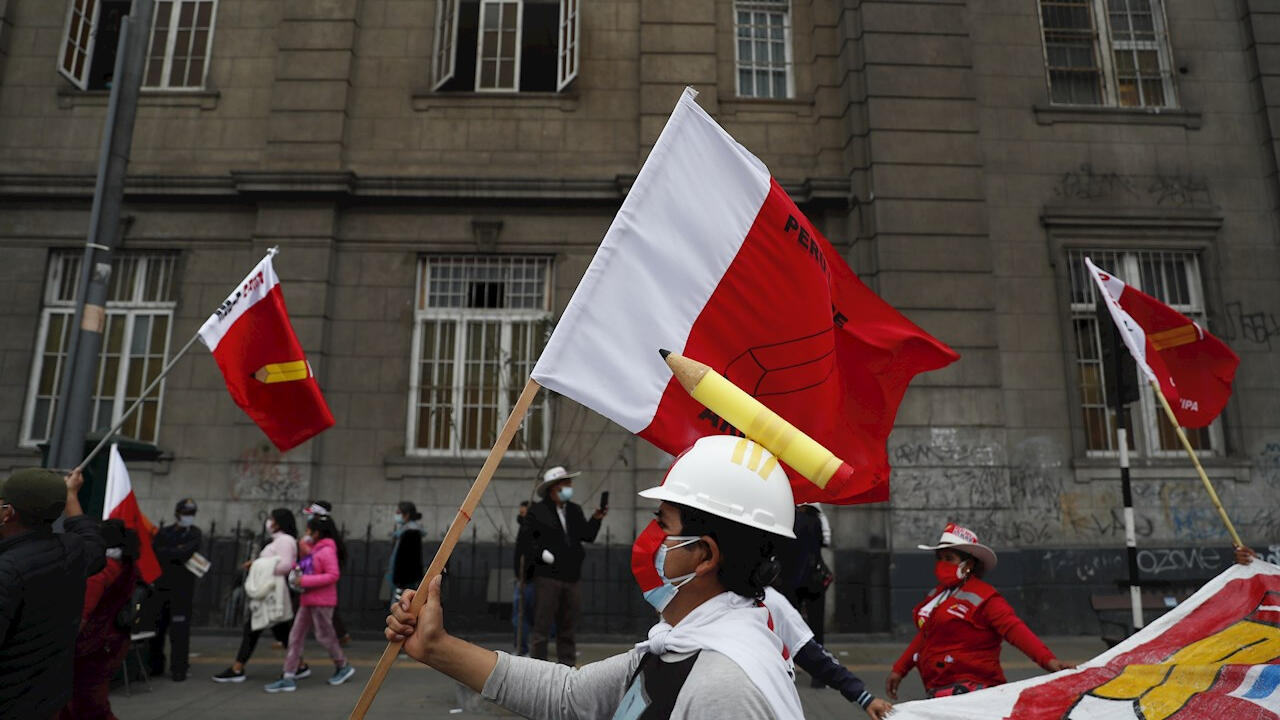 The supporters of the presidential candidates Keiko Fujimori and Pedro Castillo return to march this Saturday in Peru, which remains in suspense two weeks after the elections, waiting for the electoral jury to resolve all the challenges and proclaim the winner.

More than 3,000 police officers were mobilized to maintain order during the marches called for this Saturday afternoon by both sides.

“What the National Police does is guarantee public order and, above all, take care of people’s safety,” said Interior Minister José Elice.

Fujimori has been denouncing “irregularities” against him in the presidential ballot on June 6, but without presenting conclusive evidence. The final count gave a 44,000 vote lead to his leftist rival.

The National Elections Jury (JNE) advances slowly to resolve the requests to challenge thousands of votes and polling stations, presented mainly by the right-wing candidate, before proclaiming the winner. There is no peremptory date for this decision.

Collectives, civil and human rights associations, as well as left-wing political parties, called for a “Great National March” in “defense” of Castillo’s victory, which should start Saturday afternoon from the emblematic Plaza Dos de Mayo in the center. from Lima.

Similar mobilizations were called in the province, where Castillo obtained a larger vote than in Lima, the electoral stronghold of the daughter of the imprisoned former president Alberto Fujimori.

At the same time, the Fujimori Popular Force party called for a third march called “Respect my vote,” which leaves at almost the same time as Castillo’s from the Campo de Marte. Two kilometers apart separate the two demonstrations.

Fujimori anticipated that he would attend the Campo de Marte rally, but there is no certainty that Castillo will attend the march of the left-wing groups.

Called to annul elections in Peru

The rural school teacher from Cajamarca (north) feels confident of his victory and has not participated in demonstrations in the streets. But some nights he has spoken to his followers from a balcony of his party’s headquarters in Lima.

Both electoral bodies are under fire from the most radical sectors that support Fujimori, who fear that the review of the challenges by the JNE will not prevent Castillo from winning.

Tension rose this week after radical right-wing politicians and retired military officers called for the election to be annulled, a last resort to prevent Castillo from being the new president.

Interim President Francisco Sagasti on Friday rejected a call from retired military officers for the Armed Forces to prevent Castillo from being eventually proclaimed the winner.

“In a democracy, the Armed Forces are not deliberative, they are absolutely neutral and are scrupulously respectful of the Constitution,” said Sagasti, who must hand over command to the new president on July 28.

The outgoing president called not to “endanger” democracy, which “has taken us a lot of time and effort to build. […] throughout our turbulent 200 years of republican life. “

“We are in a pandemic,” says the Government of Peru in the face of the demonstrations

The Chief of Staff, Violeta Bermúdez, urged on Friday to avoid crowds during the marches, recalling that the country is still facing the covid-19 pandemic.

“It is important to remember that we are in a state of emergency [sanitaria]. No march should be called, we are in a pandemic, “Bermúdez told RPP radio.

Although infections are decreasing, Peru accumulates more than two million infections and 190,000 deaths.

Fujimori has insisted on denouncing fraud since Castillo went ahead in the scrutiny, without providing hard evidence. Instead, electoral observers from the Organization of American States (OAS) said the vote was clean, without “serious irregularities.”

The lack of electoral definition and fears of a Castillo victory have caused volatility in the Peruvian exchange market and shocks in the stock market.