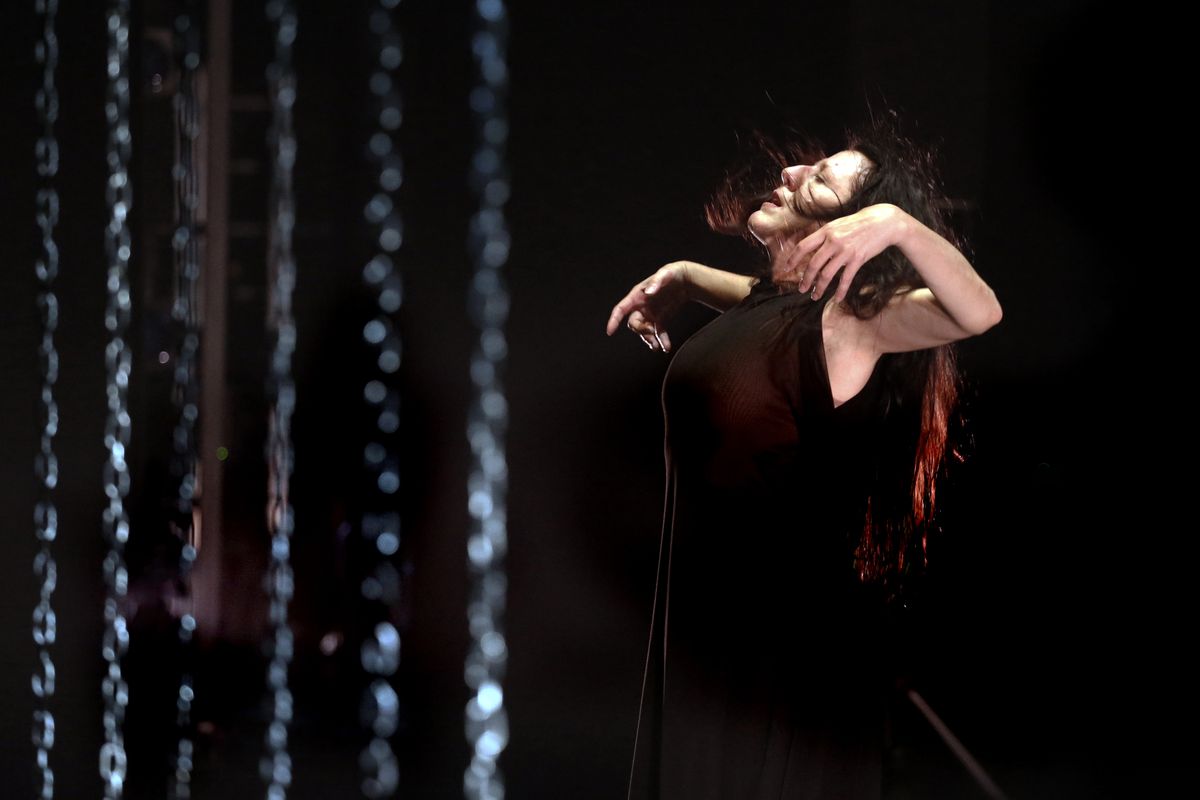 Nobody imagines the constant boiling that exists inside this quiet-looking warehouse in the industrial area of ​​Fuenlabrada. The noisy stomping of so many dancers occupying it all day reveals the flamenco that is practiced there, but it is far from actually revealing everything that the creator and dancer Maria Pagés He generates and invents in this Choreographic Center that bears his name, and that he leads together with his partner and accomplice El Arbi El Harti. When the City Council gave them the space, just two years ago, they already knew that they did not want to make it simply their company headquarters.

“We were born as a flamenco house that welcomes all the languages ​​of dance and we try to defend from the periphery a model of choreographic action that builds paradigms for the development of dance,” says El Harti, who this Wednesday, together with Pagés, will be presenting at the Círculo de Bellas Artes the documentary by Daniel Verdín and the book with photographs by María Alperi and her texts, in which they collect the creative process of the choreography The Paradise of the Negroes, Last solo by María Pagés which, after its premiere in Madrid, will be danced this summer at the Grec Festival in Barcelona. “Knowledge that is not fixed, dies”, asserts the author.

“Blacks Paradise it is a work of the pandemic ”, defines Pagés to his recent sole proprietorship. “When you work with your company you dedicate the effort to them, but only one is different. It places you in your space and in your time, it puts you to the test, it checks your physical, emotional and interpretive state. It also became difficult at that time, overcoming all difficulties one after another, and it was interesting to be able to record it in a book and a documentary “

Meanwhile, the choreographer prepares her new production with her company From Scheherazade to Yo, Carmen, which was postponed due to the pandemic and will finally premiere at the Teatre El Liceu in Barcelona next season. “I like Scheherazade because it supposes survival not through force, but through intelligence ”, he says. But first, on November 11, it will premiere at the Tomás y Valiente Theater in Fuenlabrada Sinbad, a production made in partnership with Amas Scene, the same foundation to which the film’s team of actors belongs Champions.

It is a project of which she is very proud and is very enthusiastic, as it is part of the Social Action project, which they have wanted to develop from their Choreographic Center. “The idea is to put on the show with these 25 young people with disabilities to whom we offer a professional experience in dance. It is a process in which we are immersed, not with the aim of releasing. The performance is the culmination of a process in which we all learn ”.

El Harti, in turn, finalizes details of a Dance Programmers Meeting that will take place from June 22 to 25, which includes a workshop to raise awareness of flamenco. It is also preparing to open, in October, the Master in Arts of the Show and Flamenco, an initiative of the María Pagés Choreographic Center that has been welcomed by the Carlos III University, which aspires to create synergies between flamenco people and artists from other disciplines. philosophers, sociologists and even traumatologists, those who, he says, are the ones who speak to them from pain. “Dance is still hijacked by the romantic idea that what makes dancers move is divine grace, when they should have the same status as elite athletes.”

And as if that were not enough, they also give space and follow-up to a dozen companies that have taken in residence, and who spend the whole year rehearsing and receiving advice at the center.

María Pagés feels special affection for her Ballena Project, in which she accompanies, advises and monitors four of the twelve companies they have in residence. They are the four youngest, the debutants, the youngsters in their first experience as choreographers, who remind them of their beginnings when they came to Madrid. “I had experience in flamenco, but classical dance was required for the Spanish dance base, so I took classes at the Spanish National Ballet School with Juana Tarf, very much from the Bournonville ballet school. I tried hard but every day he would come to me and say ‘Look in the mirror, you are a whale’. And for me it was a blow, I came out crying. After all, she was a fifteen-year-old teenager alone in this city. So I wanted in this project to give the opposite meaning to that idea of ​​the whales ”.