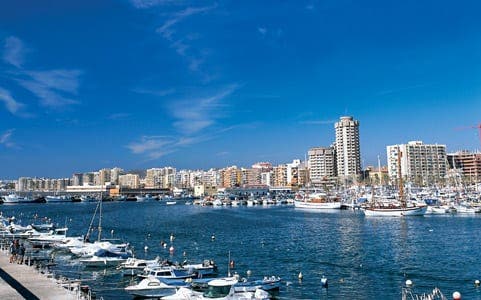 FUENGIROLA now has the fourth largest population in the province of Malaga.

For the first time ever the municipality has exceeded 80,000 registered residents. With 82,000 people on the population census, Fuengirola is now the fourth largest municipality in the province – in terms of population – after Malaga city, Marbella and Mijas.

The figures were revealed by Fuengirola’s Mayor, Ana Mula, who said that “more and more people are choosing to live in Fuengirola because of the quality of life and the multiple possibilities it offers”.

According to figures from the National Institute of Statistics, the number of residents registered in the Costa del Sol town grew by 3.15% compared to 2019, the highest population growth in all of Andalucia.

“Fuengirola is one of the most important towns, with the biggest future in Andalucia. That’s not just my opinion, it’s a fact. And the data proves it. Year after year we’ve had an increase in population, ”Mula said.

According to Mula the quality of life on offer in Fuengirola was the main factor for people to choose the town for their new home, their second residence or to enjoy their retirement.

“Fuengirola is the city where the elderly are the protagonists, where young people have their own voice, where each neighborhood is fundamental; where we all, together, make our town a reference point, of which we are proud ”, Mula said.

Fuengirola is one of the most compact towns on the Costa del Sol and has something for everyone, whatever age, nationality or tastes, it offers good public transport communications and a train line into Malaga and Malaga Airport.

As one of the easiest places to get around, with its wide and varied cultural, sports and social program on offer, it’s no surprise that Fuengirola ranks as one of the most popular resorts on the Costa del Sol.

The controversial role of WHO chief Tedros