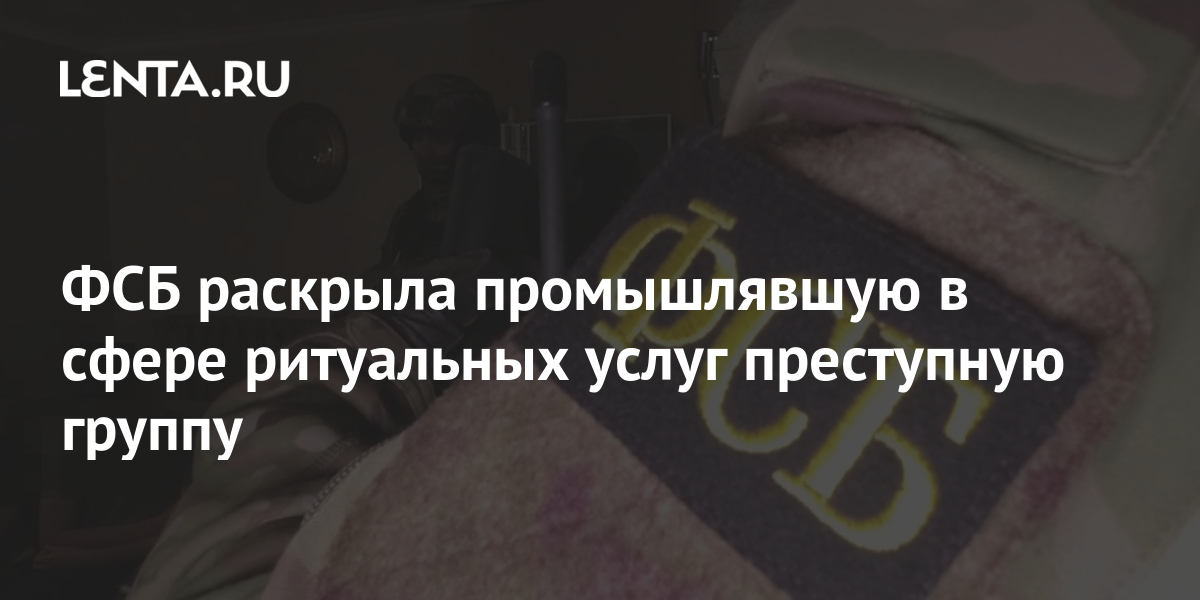 In Moscow, FSB officers uncovered the activities of a criminal group operating in the field of funeral services. It is reported by TASS with reference to the press service of the department for the capital region.

Five people were detained. With the approval of the court, they were sent into custody. A criminal case was initiated on receiving and giving a bribe.

According to the FSB, officers on duty at the departments of the Ministry of Internal Affairs of the capital districts of Nagorny and Severnoye Izmailovo for a long time regularly received money from employees of the funeral agency for information about deceased citizens. The funerals used this information to contact the relatives of the deceased and impose expensive burial services on them.

The special services detained the organizer of the criminal scheme, who on August 20 tried to escape from the investigation. He was caught on the Russian border crossing to Ukraine.

The premises of the funeral agency were searched. A fake pass with FSB symbols was found on his head.