FSB reveals details of military coup being prepared in Belarus 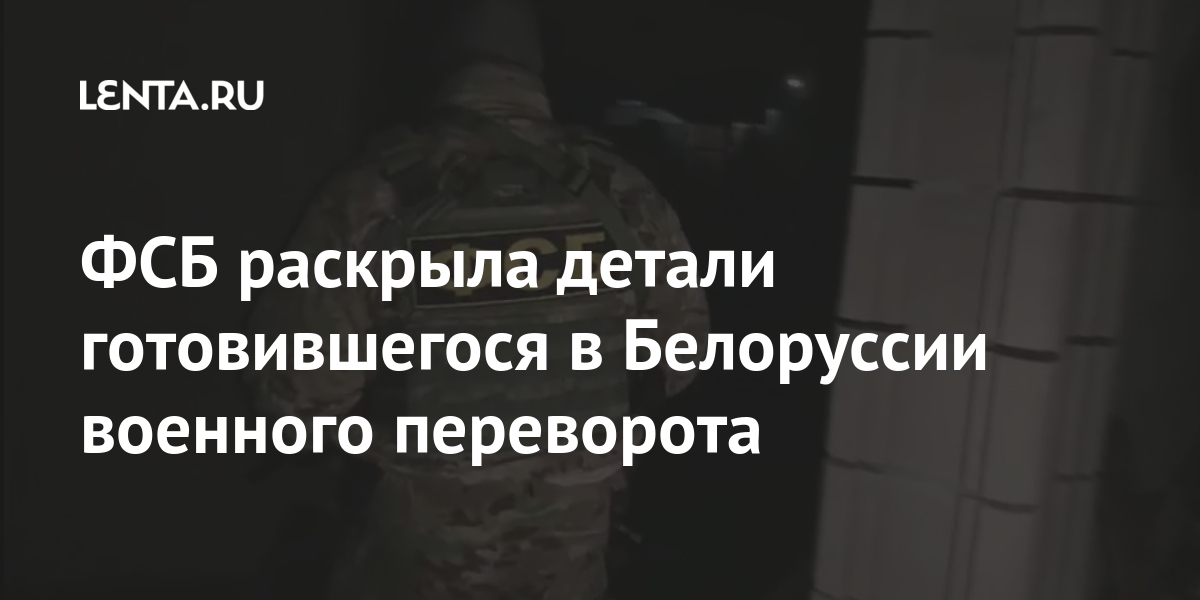 The suspects in the preparation of a military coup in Belarus wanted to plunder the property of the President of the country Alexander Lukashenko, as well as kill or send to a concentration camp the highest Belarusian officials. The details of the plan being prepared are disclosed in the FSB’s operational video published on the TV channel. “Russia 1”…

According to new information, the conspirators received information about senior officials from hackers.

The day before, on April 17, the FSB announced the arrest in Moscow of two people who were planning a military coup in Belarus. According to the service, one of the detainees, who has dual citizenship, Yuri Zyankovich, arrived in Moscow after consultations in the United States and Poland. He planned to meet with representatives of the Belarusian Armed Forces to convince them to take part in the coup.

Earlier, President of Belarus Alexander Lukashenko said that an attempt was planned on him and his children. According to him, the task of elimination was approved by the top leadership of the United States.

Lukashenko also noted that Russian President Vladimir Putin, in a conversation with his American counterpart Joe Biden, asked a question about the assassination attempt organized by the US special services on the President of Belarus, but did not receive an answer.

Puerto Portals Farmers’ Market is back!