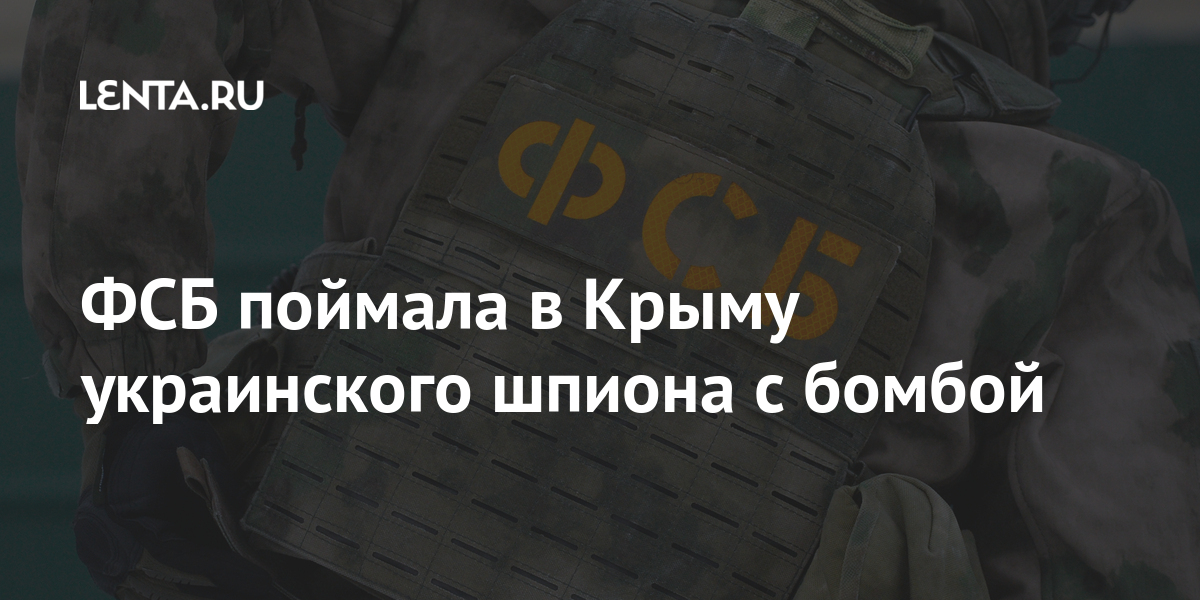 The Federal Security Service (FSB) of Russia detained in Crimea a Russian who was collecting information for the Ukrainian special services with a bomb. On Tuesday, March 16, reports TASS citing a source at the Public Relations Center (DSP) of the FSB.

According to the FSB, the spy took photos and videos of the area, life support facilities and places of mass stay of people on the territory of the Republic of Crimea.

It is clarified that the detention took place during the conduct of operational-search activities. FSB officers stopped the intelligence and subversive activities of the citizen of Russia V. L. Esipenko.

An object with signs of an improvised explosive device was found in the detainee’s car.

According to the detainee, he was collecting information for the special services of Ukraine on the instructions of an officer of the current reserve of the 8th department of the 5th department of the Foreign Intelligence Service of Ukraine, Colonel V.A.Kravchuk. He kept the explosive device for his own safety.

Yolanda Díaz announces that ERTE will continue after May 31