FROZEN II: Arina Tanemura’s manga will be released this month 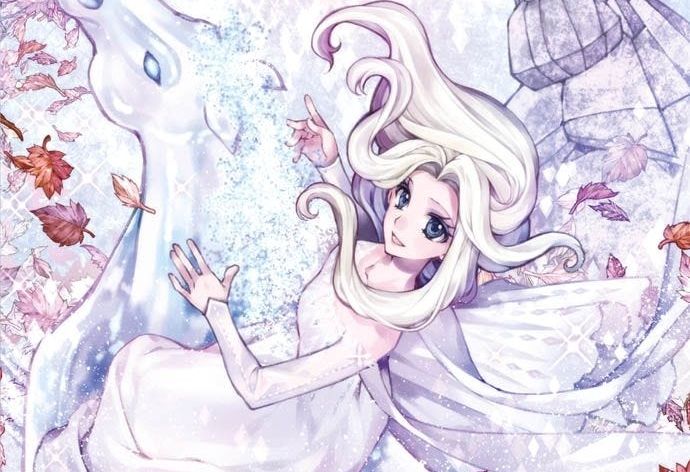 Panini Comics announced the imminent arrival of FROZEN II – The Secret of Arendellemanga transposition by Arina Tanemura. The work will be available for purchase in all comic shops, bookstores and online stores starting from next 10 March at the introductory price of € 7.00.

Let’s find out more details together thanks to the press release issued by the publishing house.

FROZEN II THE SECRET OF ARENDELLE THE MANGA by Arina Tanemura

Inspired by the famous animated film of the same name, Frozen II: The Secret of Arendelle is the manga that tells the search for truth of the protagonist Elsa and that will be available, published by Panini Comicsfrom March 10 in the comic shop, newsstand and on Panini.it.

Because Elsa was she born with magical powers? What truths of the past await her on her journey into the unknown through the enchanted forests and dark seas beyond Arendelle? Her response fascinates her, but threatens her kingdom. Meanwhile, in the course of a dangerous adventure together with the group formed by the inseparable sister Anna, Kristoff, the snowman Olaf and Sven, she will discover unimaginable truths.

If in the first chapter of the story, Elsa feared that the power of her powers might not be accepted by everyone, in Frozen II she will instead have to hope that it is enough …

Masterfully adapted and designed by the shojo queen Arina Tanemura, Frozen II: The Secret of Arendelle resumes the events of the animated film of the same name released in 2019, sequel to the first successful film.

Thanks to Frozen II: The Secret of Arendelle the magic of animation continues on paper, which has conquered millions of viewers all over the world. A manga not to be missed to rediscover the emotions of Elsa and all her friends of hers.

Arina Tanemura began her career as a mangaka in 1996, when her short stories debuted in the pages of Ribon Original magazine. In 1997, she gained fame and success with the publication of I O N. Since then, she has devoted herself mainly to shojo manga with the popular series Jeanne – The Divine Wind Thief, Time Stranger Kyoko, Full Moon – Love Song, The Gentlemen’s Alliance Cross – Academy of Mysteries, Sakura’s Enchanted Sword. and most recently he worked on 31 Ai Dream. Both Jeanne – The Divine Wind Thief and Full Moon have been adapted into animated series

Setbacks for Russia - Ukraine shoots down military helicopters and planes