From urban groups to the export of walnuts: a new player seeking to exploit Mendoza’s potential 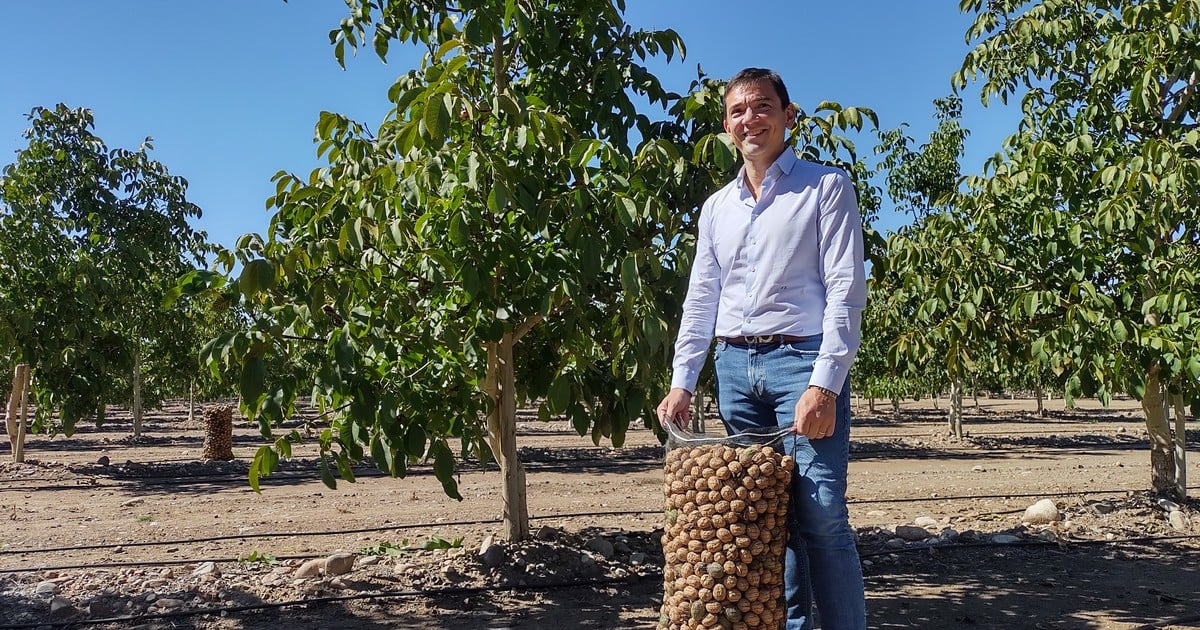 Argentine agriculture has options for all tastes. It is being verified by the Zbikoski brothers, owners of the Metropol group, who coming from a totally different suit decided to put a leg in the field and found a passion tailored: the production and export of high quality walnuts from the Uco Valley, in the productive heart of Mendoza.

In fairness it must be said that the Zbikoski are not completely alien to agricultural production. Four generations ago, the first Pole in the family to come to Misiones had a herb farm. But that was not exactly what the current owners of Metropol sucked. They changed Misiones for the city of Buenos Aires when they were young because their father managed the family business dedicated to passenger transport, and that was the main business that Eduardo and Javier assumed in 2015 when they founded the new company.

Today They have more than 40 short and medium distance bus lines, The rose that identifies them is already an icon of the AMBA and in order to diversify risks and fulfill an old desire, they bought 126 hectares in Tunuyán, surrounded by some of the best wine-growing terroirs in the country, and began to plant walnut trees. “We like to add value and we saw that in other productions it is more difficult to stand out in that regard “, explains Javier Zbikoski in dialogue with Rural Clarín while walking through one of the 7 meter wide streets between row and row of plants in the La Pedrera farm. Far from the buses and the noise of the city, the setting is provided by the Cuyo air and the snowy peaks of the Andes mountain range.

Plenty of sun and precision watering

The walnut trees, of the Chandler variety, were planted in 2015 when they were up to two meters high. They were brought from Chile, one of the leading countries in the production of walnuts, and also from an Argentine nursery. There are 112 hectares planted at a rate of one thousand plants per hectare.

The farm has 112 hectares planted at a rate of 1000 walnut trees per hectare.

In turn, the company made a significant investment to build a water reservoir with a capacity of 60 million liters in the highest part of the terrain. In this way, it ensures that it has a resource that is key in walnut growing and that must be provided to the plants with millimeter precision. In the months of highest demand, it requires 10 millimeters per day, which is 100 cubic meters per hectare, and no more than that because, according to Sebastián Fogal, agronomist and agricultural manager of the project, “the terror of the nogaleros is the phytophthora, which occurs when there is more than 8 hours of waterlogging and root asphyxia occurs ”.

The reservoir holds the quota of water that corresponds to the farm and that comes from the mountain through the Arroyo Grande, the same one that a little higher waters the historic apple tree that gave shade to the rest of General San Martín after his campaign in Chile. In this way they complement what they extract from a well. Irrigation is done by drip.

An aerial view of the farm, with the reservoir for 60 million liters, the walnut trees and the drying plant.

“The Andean valleys have been having important problems in the water supply, which makes the efficiency in the use of water more important. We don’t use water deliberately“Fogal remarks, and they explain that they use the Scholander chamber or pump, a technology that measures the turgor of plants. The alluvial soils in the area are very diverse in their water retention capacity, so differentiated irrigation is done, it is given to each plant when it needs it. Fertilizers also arrive through the hoses that cover the entire land, mainly the nitrogen that the nuts demand in abundance.

In search of quality

On the ground you can see the nuts that a tractor was shaking as it passed. Fogal explains that the walnut is a dehiscent fruit and that when its cover is opened it is necessary to force the fall through a process called shaking. In this case, tree by tree is held from the trunk with a linga and the tractor gives it a jolt. Later a group of harvesters will arrive to collect the nuts. In 2018 it was the farm’s first harvest, but this is the first time they have obtained a consistent volume: they hope to reach 200 tons of walnut in dry shell. Maybe the potential is still far away. In April of next year, if all goes well, they will collect 400 tons and will have to buy a $ 250,000 machine to mechanize shaking and harvesting.

“The collection and drying of the walnut must be very timely so that microorganisms do not proliferate and so that it is maintained the color of the pulp, which is one of the main commercial attributes”Explains Fogal and shows what a freshly fallen walnut looks like: a little damp and very white. To preserve this quality, the freshly harvested bags are lifted by a hopper and taken to the brand new sorting, skinning, drying and bagging plant installed by the company on the farm, with a capacity to process 600 tons by year. It is a complex machine that cost 2.1 million dollars and was brought from California in the midst of a pandemic and installed through remote assistance.

The skinning and drying plant can process up to 600 tons per year.

There, walnuts go from 28-32 percent of moisture with which they fall from trees to 8 percent with which they will be exported in shell under the Qnuts brand to Spain, Italy and other destinations that the firm manages to open. In addition, the company provides the skinning and drying service to other producers. In the coming years, with the incorporation of some kilns, the drying capacity would amount to 3,000 tons per year.

In drying ovens, the nuts go from 28-32 percent moisture to 8 percent.

The project has the advice of engineer Juan Giugno, one of the largest Argentine specialists in walnut growing, who explains that thanks to advances in technology and management, it can now be expected that from the tenth year the plantation will reach its maximum potential. . In this way, La Pedrera will reach 800 tons per year and the business will begin to be profitable. To understand a little the numbers that are handled, the cost of production is between 6,000 and 8,000 dollars per hectare, about 7,000 kilos can be obtained, and the current international price is three dollars a kilo or a little more depending on the quality and the calibrand. Giugno also explains that walnut trees have a useful life of up to 50 years and that their productive peak occurs between 10 and 30.

In addition to the phytophthora, one of the great threats to production is the frost, which can completely burn the flower. To avoid this, the most modern practices are to manipulate the plants so that the production is more than one and a half meters from the floor and the sub-tree irrigation, with proven success to avoid damage as long as it is activated just before the arrival of the frost. In the meantime hail, a frequent phenomenon in the area, does not affect the walnut trees too much because these sprout late and when the stone falls with greater intensity it finds resistant fruits. These reasons, according to Giugno, make walnuts a more than interesting productive alternative in which Argentina has a lot to grow.

Javier Zbikoski, from the Metropol group, together with the walnuts that he exports with the Qnuts firm.

At the moment national production is around 20,000 tons and Argentina occupies ninth place in a ranking headed by China. The great advantage that the country has, like Chile, is that it produces off-season. That is why the Zbikoskis, who have already spent around 10 million dollars on the project, are excited about growing, incorporating other products such as almonds and pistachios and becoming an export pole of quality nuts.

Economy – Diosdado Cabello vs. ‘El Nacional’ of Venezuela: a pulse in courts of 13 million dollars

The G7 pledges to expand vaccine production to fight the pandemic