From the ‘reality show’ to spending 22 hours without leaving her cell: this is the life of Emma Coronel in prison 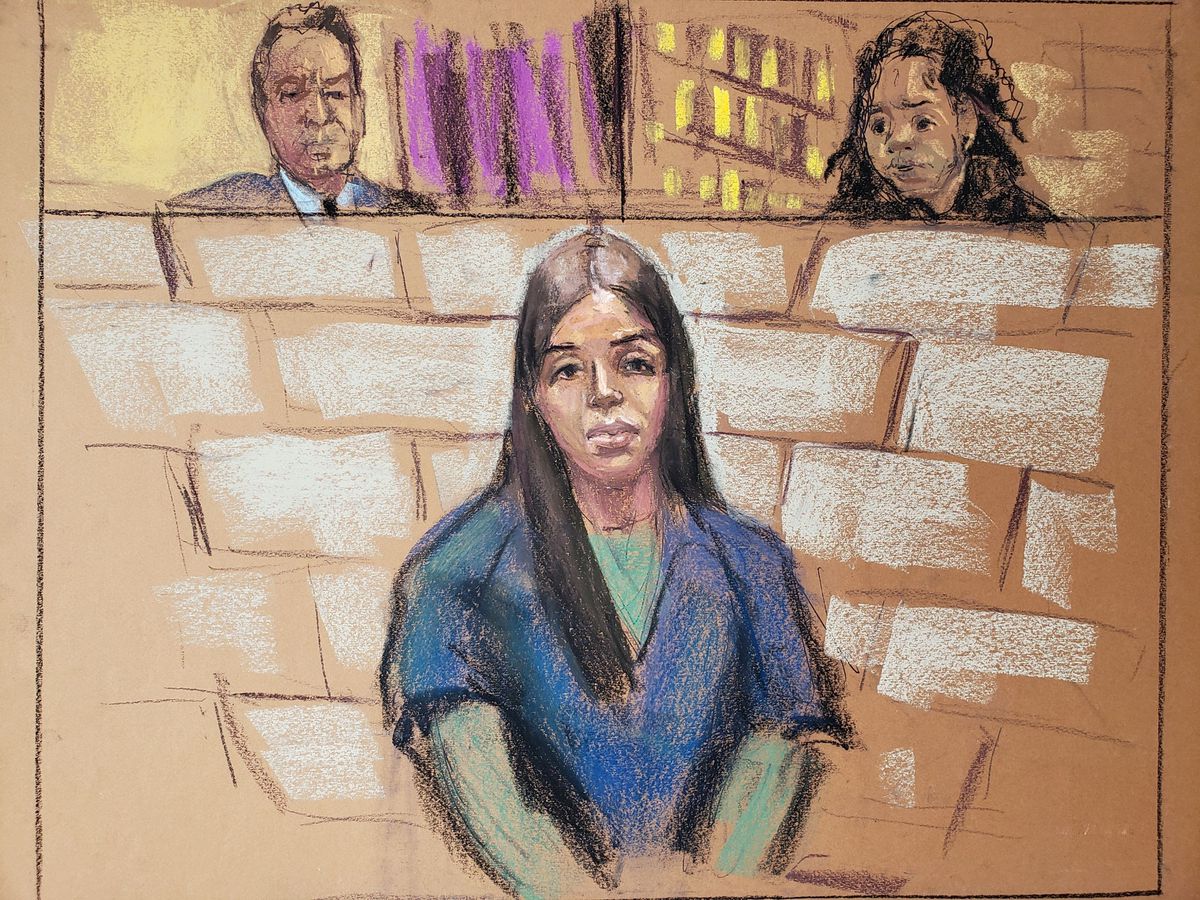 Emma Coronel, the wife of Mexican drug lord Joaquín El Chapo Guzmán awaits his trial in a private cell where he spends 22 hours a day. His lawyer, Mariel Colón, has told the agency Associated Press that prison employees only take Coronel out at dawn to go to a “little interior room” in the detention center in Alexandria, Virginia, in the United States. There, the most famous woman in the world of drug trafficking was imprisoned for international trafficking of cocaine, methamphetamine, heroin and marijuana, as well as conspiracy to help her husband in one of the most film-making escapes in history in 2015. Colón has also assured that He will ask for the conditions of his client to be improved during his stay in prison.

Coronel is awaiting his trial in prison, with no option of bail. Her lawyer has denounced to the media the conditions in which her client lives in prison. “He only spends a couple of hours in a little living room,” he said. “Their confinement conditions have not yet improved,” he insisted. In addition, she has detailed that for most of the time she is confined in a cell that she does not share with other prisoners, she is dedicated to reading, although she has not specified which book. “Unfortunately they do not offer, there are no activities available for you to be distracted,” said Colón. Nor has he given details on whether he communicates with his two twin daughters, the result of his marriage with which he was one of the most wanted drug traffickers by the DEA.

El Chapo’s wife, 31, was arrested on February 22 at Dulles International Airport (Virginia), which serves the city of Washington. The beauty queen, who met Guzmán when she was 17 and he was 51, faces from a minimum sentence of 10 years in prison to a maximum sentence of life in prison.

The US justice indicates that Coronel not only had absolute knowledge of the operations of the Sinaloa Cartel when it was directed by her husband, but also participated in some of its operations. After the arrest of her husband in 2016, Coronel assumed an important role in communications with drug trafficking partners, according to the court order. Among the pieces of evidence that FBI agent Eric S. McGuire included to obtain the arrest warrant against her, is an alleged letter from El Chapo in which he negotiates the heroin trade with an associate. “The mother of the twins will say something to you and my children. Please be attentive compadre. She will explain it to you, ”says the document.

In addition, the court of the District of Columbia, in Washington, accuses Coronel of having helped her husband escape from a high security prison in the State of Mexico. After just over a year in detention, Guzmán starred in one of the most bizarre escapes that Mexico has experienced by digging a 1,500-meter tunnel from the showers to create a passageway. Authorities believe Coronel helped coordinate the escape from outside.

Municipal elections “Does not improve services, does not save money” – The Coalition’s Orpo summed up the social issues with downtown Saarikko in Yle’s exam

Promoters claim 15.5 million from the Murcia City Council for breaching an agreement