From the “death committee” to the Iran Presidency: who is Ebrahim Raisi 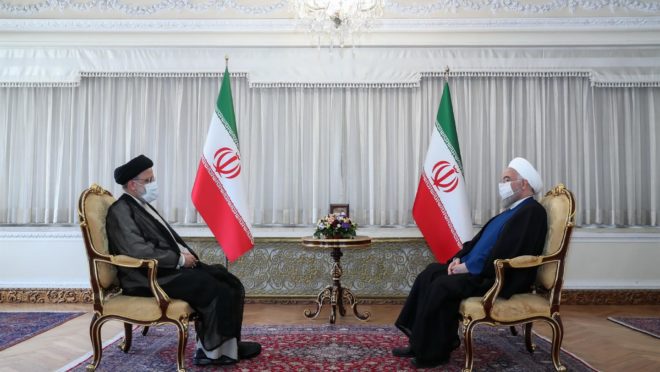 With a turnout below 49% of its voters (the lowest this century), Iran chose the country’s new president: Ebrahim Raisi. The electoral process in the country is quite controversial, the presidential candidacy depends on the approval of the so-called Council of Guardians, which is the main decision-making body in the country and has strong influence from the Supreme Leader of Iran, Ayatollah Ali Khamenei. Raisi has been head of the Iranian judiciary since 2019.

Raisi promised during his election campaign to revive the 2015 nuclear deal, hoping to lift US punishments. But Iran’s new president has shadows in his past, from his role in the Iranian revolution during the 1980s, and ones that might compromise his plans.

Naftali Bennett, Israel’s new prime minister, for example, urged world leaders shunning Iran’s new president, accusing him of a “butcher” over allegations that he was complicit in the massacre of thousands of political prisoners in Iranian prisons in 1988.

“The election of Raisi is, I would say, the last chance for world powers to wake up before returning to the nuclear deal and understanding who they are negotiating with,” Bennett said at a cabinet meeting on June 20 this year.

Ebrahim Raisi’s role in the revolution

Ebrahim Raisi, who is now 60 years old, knew grow gradually has been behind the scenes of Iranian politics since the 1979 revolution and has known during his career to strengthen his ties with the Supreme Leader and the Islamic Revolutionary Guard Corps. During the Revolutionary War, he was being trained to be a cleric in the holy city of Qom.

In 1988, Raisi was a young promoter committed to consolidating the Iranian revolution that had started in 1979. It was in that year that Raisi would have facilitated the death of 3,000 members of the Mujahedin-e Khalq (MEK) resistance movement, also known as Organization of the Iranian People’s Mujahidin, after the end of the war with Iraq. He was 28 at the time.

His role in the so-called “death committee” was denounced by Amnesty International in 2018. According to NGO report, the executions would have taken place between the end of July and the beginning of September 1988. The bodies of the victims, buried in unidentified mass graves.

In 2000, Hossein Ali Montazeri, one of the leaders of the Iranian revolution, published his memoirs and revealed a copy of the fatwa secret (religious order) that former Ayatollah Rouhollah Khomeini had issued in late July 1988, ordering the execution of all prisoners who remained “steadfast” in their support of the MKO.

Amnesty International’s report states that “the revelation of fatwa de Rouhollah Khomeini confirmed the survivors’ testimonies about the composition of the committees and that they were instructed to be ruthless in their approach.”

Raisi has always remained silent on the subject, but in a lecture on May 1, 2018, reviewed by Amnesty International, he defended the mass killings in veiled language, calling them “confrontation”. Raisi also praised former Ayatollah Rouhollah Khomeini as a “national hero”.

The report concludes that: “The enforced disappearances and extrajudicial executions of thousands of political dissidents in Iran in 1988, as well as the decades of cover-up involving denial of the truth and ill-treatment of victims’ families, are part of a widespread attack and against civilians by the Iranian authorities that aimed to pursue and eliminate political dissidents, silence opponents and erase all voices that promoted a different political vision for post-revolutionary Iran.”

In addition to Raisi, other members or former prominent members of the Iranian government were part of the committee, such as Alireza Avaei, Hossein Ali Nayyeri, Mohammad Hossein Ahmadi and Mostafa Pour Mahammadi.

The latter stated in an interview with the BBC in 2016, when he was Minister of Justice: “We are proud to have fulfilled God’s command in relation to monafeqin [termo pejorativo para se referir a MEK, e significa algo como “hipocritas”] and of having defended with strength and fought against the enemies of God and the people… I am at peace and I have not lost sleep [com isso] for all these years because I acted according to the law and Islam.”

Although Raisi’s electoral victory shocks Western countries — an editorial in the British newspaper The Telegraph he literally stated that Iran’s new president should be in prison and not in power — in Iran, his role in the killing was never discussed, especially during the election campaign. The newspaper France24 reports that “the 1988 assassinations, which took place from July to September of that year, allegedly on direct orders from revolutionary leader Ayatollah Ruhollah Khomeini, remain almost taboo in modern Iran.”

In November 2019, Raisi was included by the US Treasury in sanctions against members of Ali Khamenei’s inner circle. It remains to be seen, however, how Raisi’s election will affect the resumption of a US nuclear deal with Iran, given that the country’s most important decisions depend much more on Ayatollah Khamenei.