From the chicken coop to face to face with Ayuso: the change of Mónica García to lead the opposition in the Assembly 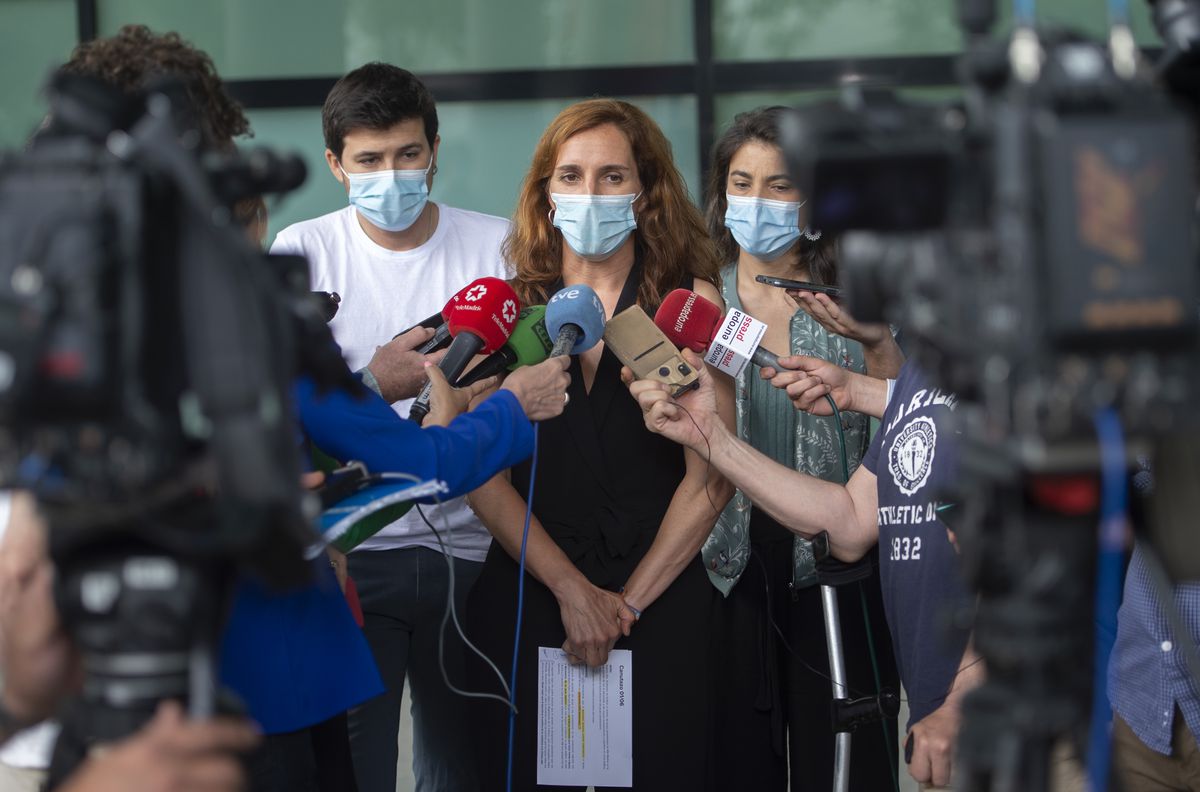 Just like when Julius Caesar crossed the Rubicon, the die is already cast. After distinguishing itself as the main party of the left in the 4-M elections, Más Madrid aspires to stage the new political times in Madrid by displacing the PSOE from the bench that corresponds to the leader of the opposition, and that the Socialists have occupied since 1995. That would leave Mónica García face to face and face to face with Isabel Díaz Ayuso in the control sessions of the Assembly. A key position that has had a privileged place in the hodgepodge of secret negotiations, intrigues and denials carried out by the deputies a few hours after the Chamber was constituted, on June 8.

From the Ayuso Cabinet to consulting

Cracks in the unity of the PSOE in Madrid

– The PP has offered us to keep that bench. We have said no. We must assume that we change places, and take off from there, laments a socialist source about the negotiations for the distribution of seats, which will be decided at the Bureau of Parliament.

– No kidding. We have not spoken to the left. That war is theirs, although if someone asks us for something we will sit down, opposes a conservative leader, aware that the PP has the power to incline all decisions thanks to its 65 deputies (more than Más Madrid, PSOE and Podemos together).

That “something” can be many things. For a few days, the Assembly has been abuzz with conversations to negotiate the positions that will decide the day-to-day running of the House during the two years that the legislature will last. Vox wants the PP to give him the presidency of the Chamber as compensation for his necessary support in the inauguration of Díaz Ayuso (it would be valid with four abstentions), but the conservative formation does not seem willing to go beyond a vice presidency. The PSOE also wants one of the three vice presidencies, for which it would need a very difficult carambola. And all the parties assume that the normal thing is that the Table ends up being formed with four representatives of the PP, one from Vox, another from Más Madrid, and one more from the PSOE (Díaz Ayuso’s party would control Parliament alone).

But there is more. The Assembly has gone from six to five parliamentary groups, due to the disappearance of Citizens, which implies that all offices and parking spaces must be redistributed. The winks towards the possible partners can also be distributed in the composition of the committees, which allows to distribute juicy economic complements for the deputies. And it remains, of course, the mother of the lamb: deciding where each formation is located in the hemicycle, which is like choosing the image that each one gives to the citizens through the television. A key decision.

“The position that the spokespersons occupy in the Madrid Assembly does matter. And this is because everything communicates, absolutely everything, “says Eduardo G. Vega, journalist, professor at the Camilo José Cela University and political consultant at the International Center for Government and Political Marketing (CIGMAP). “In this legislature we will see in the news how the main duel will be that of the president, Isabel Díaz Ayuso, against Mónica García, opposed on television. And that communicates ”, he argues about the change of the leader of Más Madrid, who would go from a second-class position like those in the theater henhouse to the VIP box. “This is so because perceptions are unconsciously generated in people’s minds, where the More Madrid spokesperson will gain weight just by being located where she is and by having the corresponding order of intervention, without realizing much,” she explains. “That will allow him an advantage to place his messages to the detriment of his rivals in the left block.”

During the last legislature, García occupied a different position, and worse, in the Chamber, practically in front of the President of Parliament. This did not prevent her from distinguishing herself as the spokesperson for the opposition that bothered Díaz Ayuso the most (”La curva [de contagios por coronavirus] it is exactly the reflection of his withered mouth; this is how the curve is in the Community of Madrid, managing to go down ”, the president even snapped at him).

A reminder that place, position and seat are important, but the way in which the message is conveyed, and its content, even more so. For sample, the results of the 4-M.

“In the previous legislature, being the fourth parliamentary force and located in a more peripheral part of the Chamber, we already managed to deploy an opposition strategy that made us virtually and de facto the real alternative to Ayuso,” says María Pastor, the new spokeswoman deputy of Más Madrid. “But we are also aware that images can convey as much or more than words, so occupying this place [frente a Díaz Ayuso en el hemiciclo] in reality it means making visible what we already are and we have earned hard and with a lot of political work for two years ”, he argues. “We have earned this position at the polls, it is our natural place,” he adds. And he ends: “We will be in front of Ayuso because we represent the alternative to his way of governing.