From Scotland to Ireland, how Brexit undermines the unity of the United Kingdom 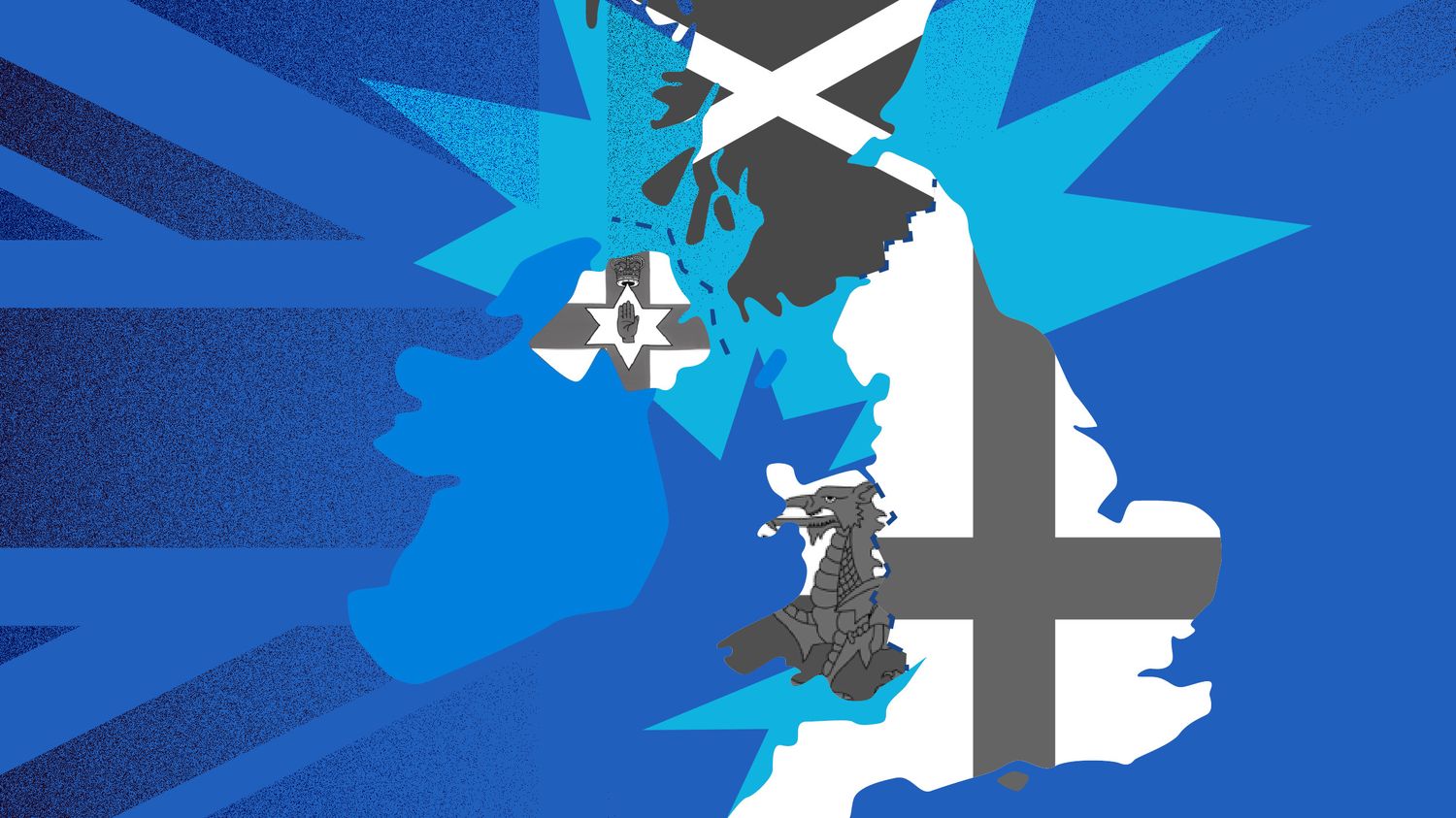 On January 31, 2019, the United Kingdom left the European Union. On December 31, 2020, it was the turn of the customs union and the common market. Since these two key dates, which mark the concretization of the Brexit process, all eyes are on the Scots, scorned Europhiles, and the North Irish, subjected to hybrid treatment, a (political) foot in the United Kingdom, the other (economic) in neighboring Ireland and Europe. From near and far, observers of political life across the Channel are watching for signs of the next divorce.

Will the United Kingdom of Great Britain and Northern Ireland – that’s its name – as we know it today explode? Will he survive the differences expressed since 2016 and the decision taken by the English and the Welsh to leave the EU, without the consent of the Scots and Northern Irish? To answer these questions, franceinfo explains how Brexit shakes up the unity of the kingdom.

It feeds the desire for independence of the Scots

The British voted 51.9% for Brexit in 2016, but on closer inspection 62% of Scots are against leaving the European Union. Again, on January 2, 2021, Prime Minister Nicola Sturgeon, head of the Scottish National Party (SNP, pro-independence) said she hoped Scotland would gain independence and be able to “rejoin” the European Union. Because his camp hammers since 2016 that the results of the referendum of 2014, where 55% of Scots had said “no” at independence, are now obsolete. “The SNP argues that at the time, Scotland voted to stay within a UK that was in the European Union. With Brexit, the situation has changed,” explains Edwige Camp, who teaches British civilization at the Hauts-de-France Polytechnic University and has signed several books on Scottish independence.

Opinion has also changed. According to the latest survey conducted by the Savanta ComRes institute for the newspaper The Scotsman*, mid-December, 58% of Scots now support a break with the United Kingdom. A record. Since the vote in favor of Brexit, the SNP has consolidated its dominance over Scottish political life and has taken over the head of all local institutions, as well as that of the Scottish representation in Westminster, the British Parliament. “The terms of Brexit have undoubtedly played a role, more than the Brexit itself”, Edwige Camp analyzes, recalling that Scotland is among the territories which will, according to all projections, be among the most affected by European divorce.

Since the Scotland Act of 1998, which marks the creation of the Scottish Parliament, the country has managed a number of cases on its own: “public services, but also agriculture and fishing, which were formerly managed by the European Union”, continues Edwige Camp. “Under these conditions, Brexit raises particular concerns in Scotland.” This predominantly rural country “flourished thanks to the single market in its four components: free movement of goods, services, capital, but also people. Scotland really needs this foreign workforce, especially European, for economic reasons and demographic “, list again the specialist. “As early as December 2016, the Scottish government released a 70 page document explaining that Scotland should and can remain in the single market”swept across London with the back of his hand.

Otherwise, “The Scottish Parliament and Government manage public health matters. By taking decisions different from London, they have reinforced the idea that Scotland is autonomous and can make its own decisions based on specific criteria”, while Nicola Sturgeon “has bolstered her popularity by being extremely different from Boris Johnson, who is much more cautious and measured, drawing support for her personality.”

The Prime Minister will therefore face the Scottish general elections, scheduled for May, from a position of strength. A triumphant victory for the separatists should give arguments to the Scottish authorities, anxious to obtain from London the authorization to organize a new referendum of independence.

“The SNP does not intend to override the London authorization. For them, what happened in Catalonia is really the example not to follow.”

However, Boris Johnson has so far refused to launch a new consultation. A problem for Nicola Sturgeon? Not at the moment. “She calls for a new referendum, but she is well aware that the context, especially economic, linked to the health crisis, is not immediately conducive to the holding of such a consultation”, still believes the specialist Edwige Camp.

He brings the two Ireland together

The island of Ireland is split in two: the Republic of Ireland, to the south, is European, while Northern Ireland has left the EU along with the rest of the UK. And in the middle? Impossible to erect a border, in accordance with the peace agreements signed in 1998. Faced with this puzzle, Boris Johnson obtained in October 2019 the establishment of this famous border in the Irish Sea. While this provision, in force since January 1, prevents the reestablishment of a land border, it de facto brings Northern Ireland closer to its southern neighbor. “The agreement sets up the start of economic reunification, as goods circulate freely on the island of Ireland, but this is no longer the case between the island of Ireland and the rest of the UK”, explains on France Culture Christophe Gillissen, professor of British and Irish civilization at the University of Caen-Normandie.

Otherwise, “a certain number of European standards and regulations continue to apply in Northern Ireland (…) Finally, VAT rates are now aligned with those of the Republic of Ireland and no longer with those of Great Britain”, lists the specialist, evoking “a primer that will promote greater integration from an economic point of view”. On the political front, on the other hand, there is no question of rapprochement, even if Dublin has committed to supporting the maintenance of its northern neighbor in the Erasmus student exchange program, which the rest of the United Kingdom will leave at the same time. next school year.

“In the short term, reunification is not on the agenda. On the other hand, it becomes plausible, even probable, in the medium or long term.”

On the island, the main Northern Irish Unionist party, Prime Minister Arlene Foster’s DUP, is the big loser: after having forced Theresa May not to accept any “deal” that would induce a differential treatment of Ireland North compared to the rest of the UK, he saw Boris Johnson send off all his promises once his majority in Westminster made the support of the Unionists in North Ireland unnecessary. The opportunity is too good for the nationalists. “I call our Unionist neighbors”, SDLP Nationalist Party MP Colum Eastwood launched in the House of Commons on December 31. “Look where the DUP and where London has taken you. I have no doubts that we can build a new society together.”

The irony of the situation has not escaped Agnès Maillot, professor at Dublin City University, at the microphone of France Culture. From now on, “the Irish and the parties of the Republic of Ireland are much more attentive to the Unionists of Northern Ireland than are the British conservatives, usually their main allies. They want to promote a dialogue, to listen to them, to take into account count what they have to say “, she lists. However, a weakened Unionist camp constitutes a step – albeit a small one – towards a possible Irish reunification.

With Brexit, “cracks have appeared in the constitutional architecture of the United Kingdom”. In the Financial Times*, columnist Philip Stephens also sees the end of the UK as we know it. “Brexit forever changed the balance between the constituent parts of this union. The decision to leave the EU was, at its heart, an expression of English nationalism.”, he writes, when 85% of Britons are English. Therefore “a reorganization of relations within the EU is inevitable”, slice the columnist. Daniel Wincott, Professor of Law at Cardiff University and contributor to the think tank UK in a changing Europe*, abounds: “Making its name lie, the United Kingdom is far from united (…) No effort has been made to create or maintain an identity shared by all or institutions that can support it”, he writes.

Initiated in 1998 at the instigation of the Labor government of Tony Blair, the work of decentralization (or “devolution”) of power in the United Kingdom resulted, the following year, in the transfer of many competences to local parliaments in the United Kingdom. Wales, Scotland and Northern Ireland. Health, education and housing are mainly the responsibility of local parliaments and governments. The vested areas also falling under European standards were regulated in London as in Cardiff or Edinburgh. “Until 2016”, explains Edwige Camp. In the old days, “the position defended by the British government in Brussels on a devolved subject, such as fishing for example, was the result of discussions between the British, Scottish, Northern Irish and Welsh governments”, she illustrates.

“Even led by different parties, they agreed on a common position. Brexit has exploded this desire to work together.”

By taking sole charge of the Brexit dossier, London has turned its back on its historical partners. “However, the Scottish government expected more discussions, consultations, because it too had specificities to put forward”, continues Edwige Camp. “If the spirit of devolution as it worked before 2016 had been retained, things could have turned out differently. This is not the case and clearly the lack of dialogue is a problem.”

So how do you fix it? Philip Stephens mentions, in his editorial in Financial Times, the abandonment of devolution in favor of a federal United Kingdom. A solution qualified by Edwige Camp: “The problem here is that the British don’t want to have their own institutions.” In 2004, the attempt to create a regional assembly in England failed, she recalls. This transformation of the United Kingdom into a federal state, although “logical and making it possible to solve a certain number of problems, is not at all on the agenda”, continues the specialist, relying instead on “a more progressive voice”, less brutal and spectacular than the breakup of the United Kingdom. “On condition that the British government is ready to grant concessions” to its Scottish, Northern Irish and Welsh partners. The secret, so simple and so complicated, of a marriage that lasts.

* Links followed by an asterisk refer to articles in English.

In the body of an infected Russian woman, 18 mutations of the coronavirus have developed 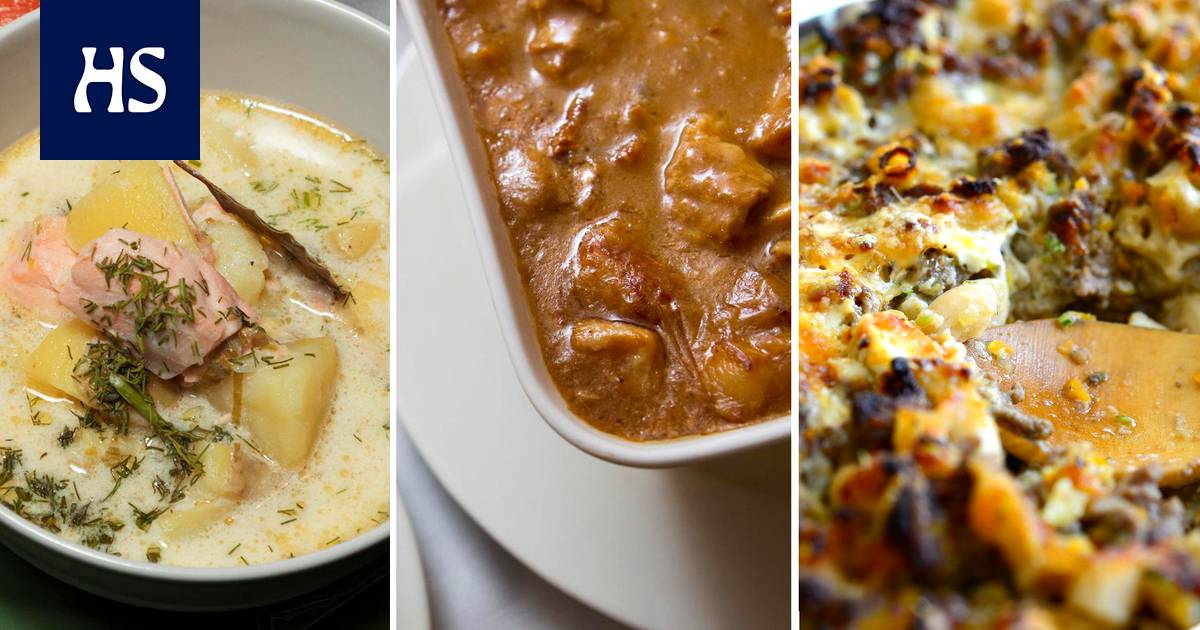 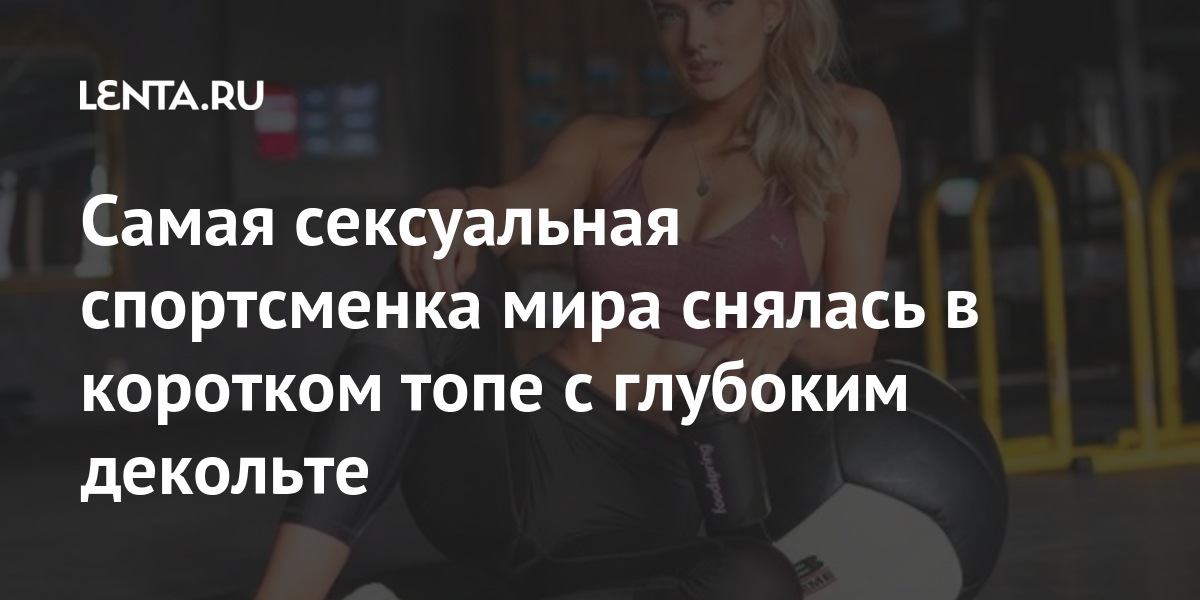 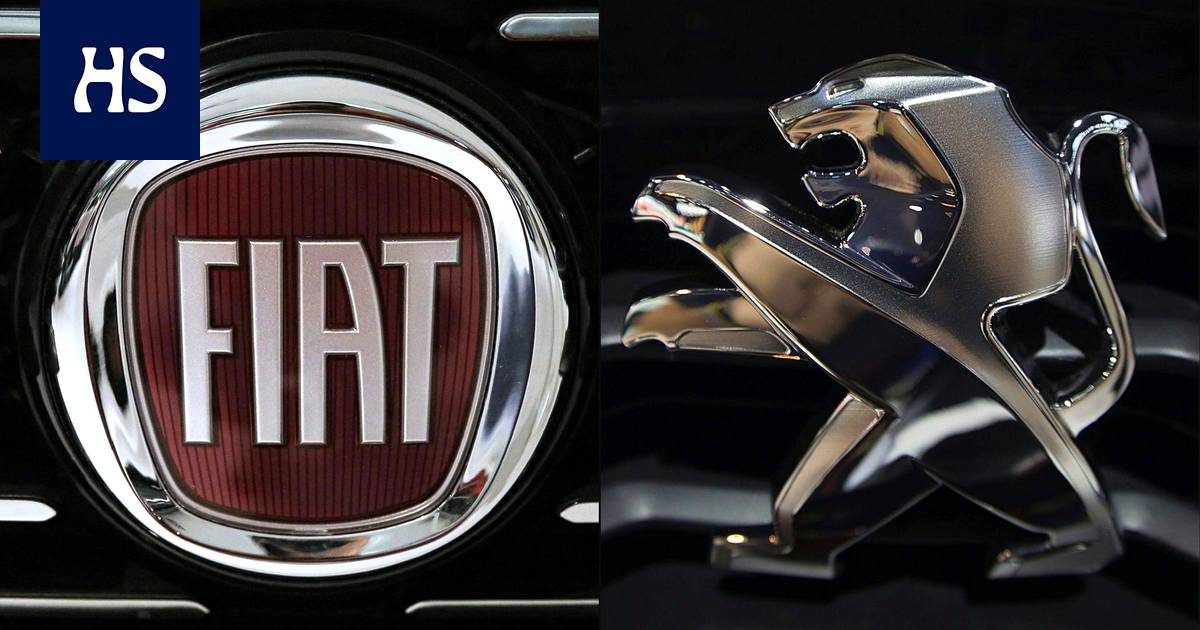 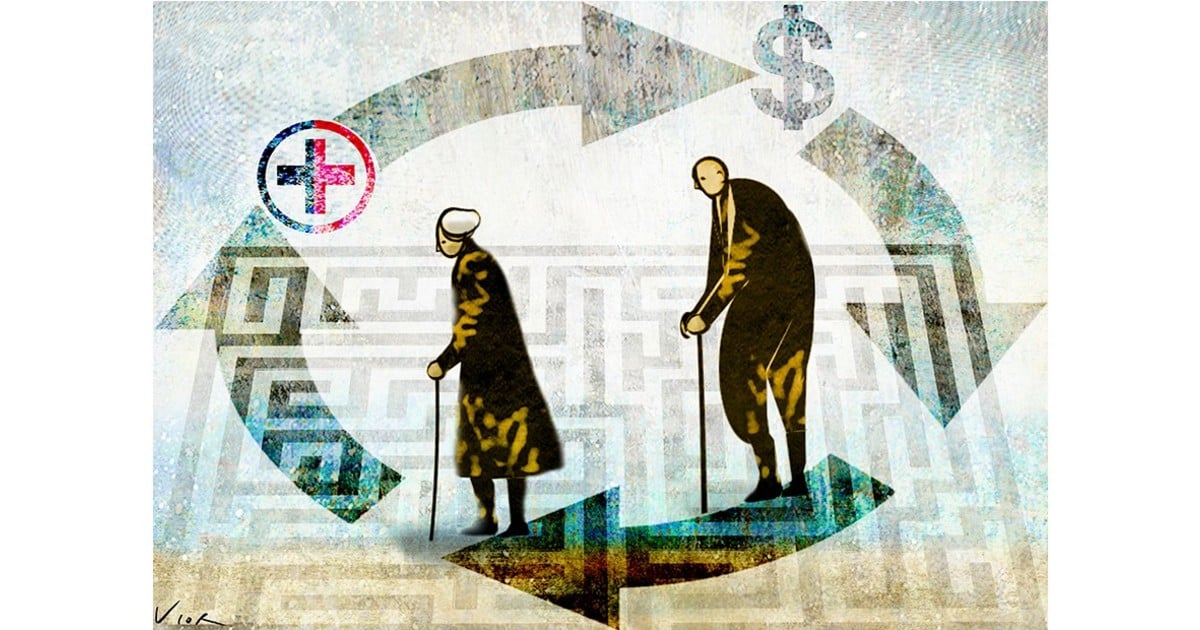 Corona: Terrifying record number of deaths in Great Britain – is there now the trend reversal?

Media: Searches are carried out in the Krasnoyarsk Regional Hospital