From prison, the golfer ‘Pato’ Cabrera spoke: ‘They created a monster, at no time did I escape’ 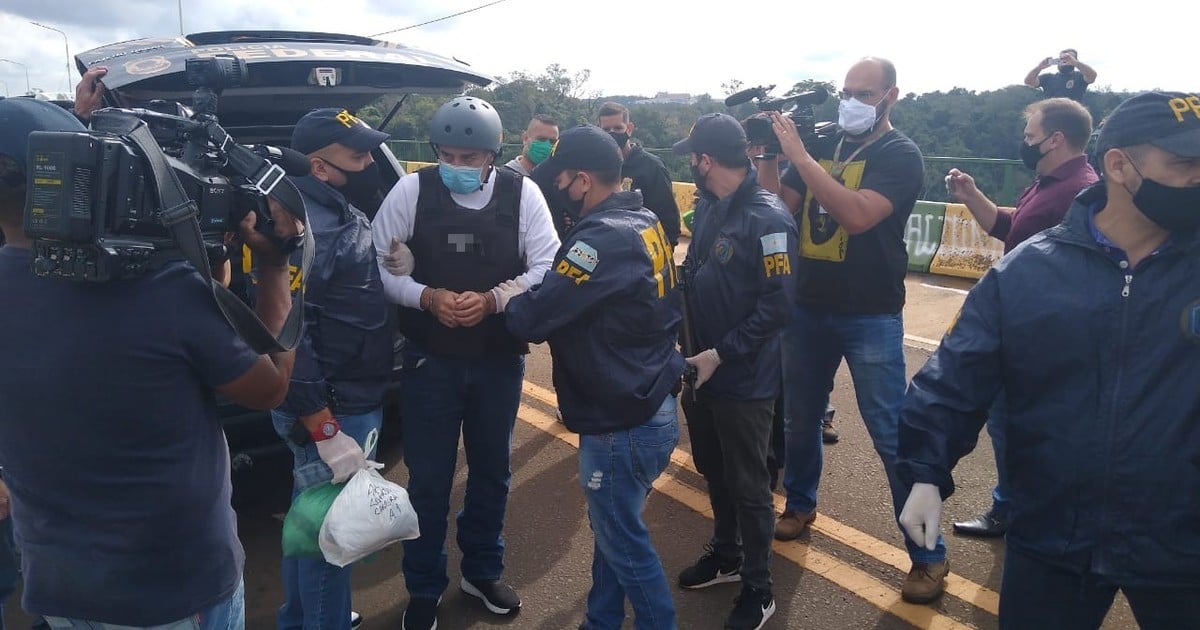 Cordovan golfer Ángel “Pato” Cabrera (51), who is detained for an accusation of gender violence against his former partner and who was extradited this week from Brazil, where he remained in the same situation for five months, assured that “they created a monster “around his name, he pleaded” not guilty “and said he never escaped the country.

Cabrera is imprisoned in Puerto Iguazú, where he entered Argentina after being imprisoned in Rio de Janeiro, where he was detained while an international arrest warrant was in force, and this Saturday he will be transferred to Córdoba, where he will have to face a trial for causes of gender violence that were promoted by his ex-partner, Cecilia Torres Mana.

For the first time in several months, Cabrera made statements, which he gave to Channel 12 from Córdoba by telephone from Misiones, in which he said that his situation “is a bit difficult. I never thought I was in this moment, and I had a pretty bad time in these five months. I was very sick, my health was complicated, physically, because everything was happening like this and I was more and more afraid. I was not comfortable. “

The arrest of Pato Cabrera in Rio de Janeiro. He arrived in Brazil on a flight from the United States.

“They created a monster of the ‘Pato’ Cabrera, but I am going to demonstrate with the truth that I am totally innocent. I am willing to come forward and show that this is not how things were said. It is not how all this was carried out. I never thought there could be so much anger, so much anger, “he said.

When asked about his departure from the country last August, for which the Cordovan Justice requested that he return, he stated: “I went on a scheduled flight to Miami. I went normally as I did all my life, to work with dignity. At no time did I escape. If I had to give notice or had to ask permission to leave, I didn’t know. “

“I was in the United States and everyone knew my whereabouts, because I was playing tournaments, I was not hiding. It’s not that I went to a beach and hid so they wouldn’t see me. I was working,” he emphasized.

Cabrera also commented on a video that the complainant filmed in 2016 in which he is seen rebuking her, the following: “I don’t really know what is seen. We all make mistakes and it happened to me too. We will see how to reverse the situation. “

When he arrives in Córdoba, Cabrera will be housed in the Bouwer prison facility, where he will await the date of the prosecution process by the Second Chamber of Crime.

The Argentine golfer was detained in a federal prison in Rio de Janeiro, where he was located by Interpol after the issuance of a red alert for his international capture, five months ago.

The 51-year-old athlete, winner of the US Open 2007 and the Augusta Masters in 2009, traveled on July 20, 2020, without judicial authorization, from his home in Villa Allende to the United States, to participate in a golf tournament.

Justice noticed his absence two weeks later, shortly after establishing the date for the trial he must face and also days after new complaints filed by his ex-partner, which led the local Justice to process the international capture.