From Museo Evita to Scandal: Argentine artist Fátima Pecci Carou is accused of plagiarism and defends herself 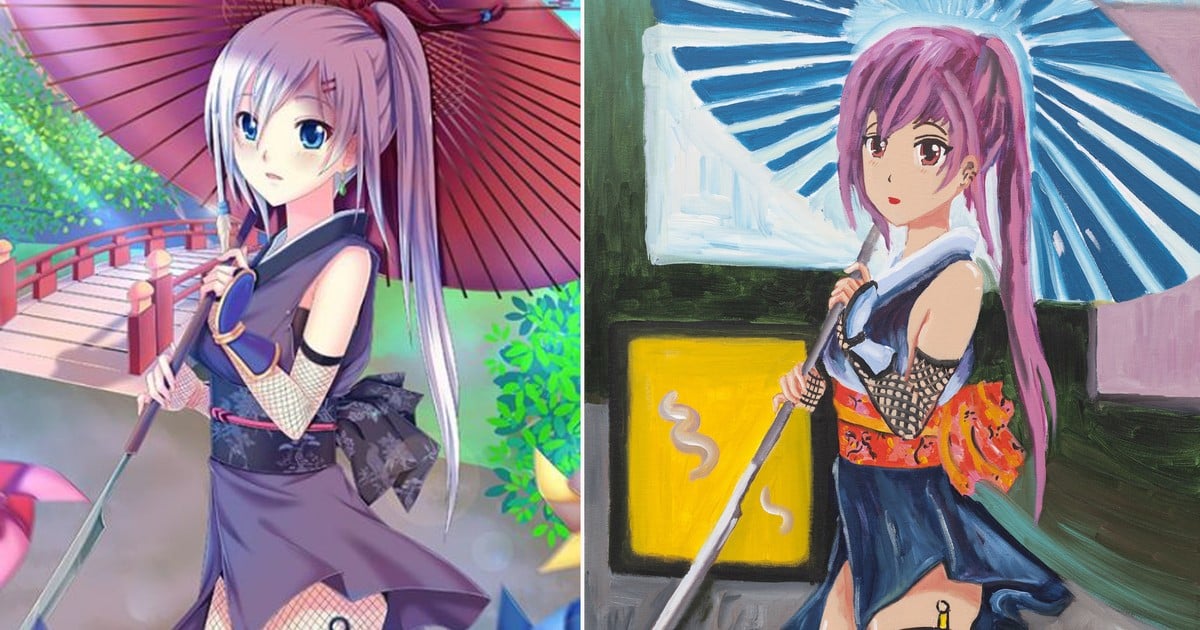 The expansive effect of an exploding bomb in the art world can be international in scope. This is what happens at this time with the artist Fatima Pecci Carou, a member of the feminist collective “Nosotras proposmos”, 37 years old, whom several artists denounce forr course plagiarism of works by other colleagues from abroad.

Chosen by collectors at ArteBA 2018 and winner of the Prize in Work in Barrio Joven, in April of this year, and also as a result of his first solo exhibition at the Evita Museum, “Flags and pennants”, suddenly Pecci carou She went from being an unknown to an artist who sells work at juicy prices, even in a pandemic.

Last April, on the occasion of its exhibition at the Evita Museum, the artist told the magazine Ñ what do you think of “the story as a fiction, a story that we learn at school, but also at university with another part of the story ”. And he added: “Everything for me is input. I don’t just paint with a palette, I paint with everything I look at … “

The star of his sample was a Eva Perón ninja, that had even been part of a sample of portraits that he titled Femininjas.

The matter exploded, as it should be in digital culture, on the networks. An anime artist, identified as @agavoart, reported on his Twitter account: “My fanart has been plagiarized. The kidnapper is an Argentine named Fatima Pecci Carou. This painting has already been sold to the Evita Museum, a public museum, for a very high price. I don’t know who she is, but please don’t buy her art. “

In his next tweet the artist says: “I don’t think all Argentines are like this. I am grateful to the good Argentines who spoke to me on the subject ”.

“All the artists have taken images … they want to run me around, but what bothers them is the subject”

Threads immediately appeared where originals of pieces by different manga, anime and comic artists were compared, and the works of Fátima Pecci Caraou, which are identical to the naked eye.

Even from Argentina some apologized and from a North American account they suggested the artist from Tokyo report it to those responsible for the networks. The information burns, especially as the number of artists angry about the supposed copies of their works that they recognize in the works of Pecci carou and what she sells in hefty dollar amounts.

The youtuber @tipitoenojado discovered other anime artists allegedly plagiarized and lThe similarity of work is undeniable.

The artist, meanwhile, responded to a query from March Mazzei, the Ñ magazine journalist who had interviewed her. He told her that for three days she has been attacked by trolls.

“They are accusing me of plagiarism and they put my work in parallel to an illustration of a girl from Japan, which in turn is based on a movie, My little Pony. In that case she is also plagiarizing ”.

Her use of characters from anime, a genre of Japanese folk art, for the artist “are aesthetic references of characters ”: supporting images that, modified, do not allow to speak of plagiarism because in their case they also have “A pictorial treatment”. The artist conceded that is advised about the topic. “All the artists have taken images … they want to run me around, but what bothers them is the subject.”

For her it’s about “A cruelty with a macho bias”, given the title of the video that ignites the controversy Feminist ripping off a national museum?, which makes direct reference to his participation as a member of the collective Nosotras proposmos.

“This is part of a type of violence that I received as a woman, as an artist; it is political and psychological violence ”, he added. “It is a form of discipline, because tomorrow maybe I’m going to be afraid to say something again, they have already released my personal data and it cannot be that I have to close my networks, it is serious ”.

Clarín tried to speak with the director of the Evita Museum, Aída Carranza, who expressed via WhatsApp that she was “on the road with a bad signal” and that she would respond later. But as if by magic his works were removed from the Artsy platform.

Plagiarism of works of art is not a new issue and museums may require author certifications but it is more difficult to legitimize copyright with this art based on genres like anime, manga and comics.

[Hilo] – THE FRAUD OF FÁTIMA PECCI CAROU, the “feminist painter” who obtained the “great merit” of being able to put her paintings in the Evita Museum.

In this thread I show you how their works are plagiarized from other artists. pic.twitter.com/AZICNM6Zq8

The most questionable point, besides the plagiarism of course, is that this artist has been subsidized by the Ministry of Culture of the Nation, through the Activar Patrimonio scholarship, which awards 50,000 pesos to its winners.

In the presentation of the artist, the Ministry stressed that “in the West it is known as culture otaku to fanaticism for manga and anime, elements that are constant in the pictorial style of Fátima Pecci Carou. “And he pointed out that she used that language to recover “the most outstanding milestones around the life and work of Eva Duarte de Perón”.

“To cross otaku and peronism, the artist erects a super heroine Evita, a warrior and a vigilante, with huge and resolute eyes, in vibrant colors, “said the ministry. It is a pity that much of the artist’s work is so similar to that of others.