From Monaco to Baku.. Victory is Vettel’s ambition 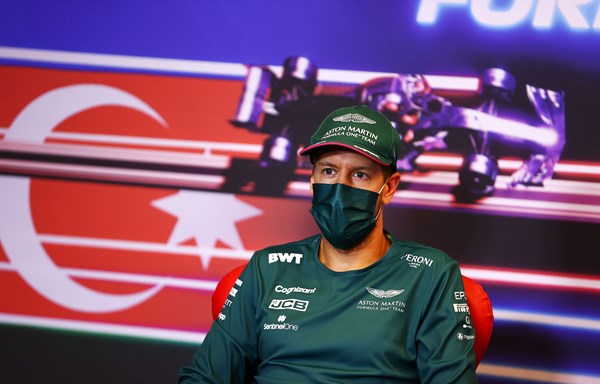 After scoring points for the first time this season with his new team, Aston Martin, at the Monaco Grand Prix, German driver Sebastian Vettel aims to maintain good pace in the Azerbaijan Grand Prix next Sunday, in the Formula One World Championship.

“We want to keep our momentum together, the track in Baku is similar to Monaco, but it also has long tracks that require a lot of engine power and a very good preparation,” the German said on Thursday.

“There is no room for error here, I hope we continue on this path, it is a very challenging track, and despite the frustrating period with his former team Ferrari and the difficult start with Aston Martin, Vettel’s ambition, four times world champion, remains the same as winning.”

We’re not in a position to do that right now, but we’re excited, we’re slowly getting better with our car, little things can make a big difference,” Vettel said in a digital media session. Germany’s Mick Schumacher is also looking forward to racing in Baku, where he hopes to have a better weekend than Monaco, who had a crash and did not participate in qualifying.

During the race, the rookie driver had problems with the car’s fuel pressure and was ordered by Nikita Mazepin, his Haas team-mate, to let him pass.

“Hopefully we can fight with Williams and Alfa Romeo,” Schumacher said. The son of German motorsport legend Michael Schumacher, the seven-time world champion, confirmed that he “learned a lot” from Vettel, adding that the veteran driver “wanted only the best for me”.

And Schumacher spoke about Vettel, saying: It’s good to talk to him about general matters. The two drivers have enjoyed a close relationship for years and that hasn’t changed since they both started racing against each other on the track.

Michael Schumacher, Mick’s father, was once Vettel’s childhood hero, as Vettel and Mick Schumacher can now be seen together regularly exchanging stories, with Mick saying “I’m enjoying it”.