From Mataderos to the world: the story of Guaymallén, the neighborhood alfajor that is exported to the United States 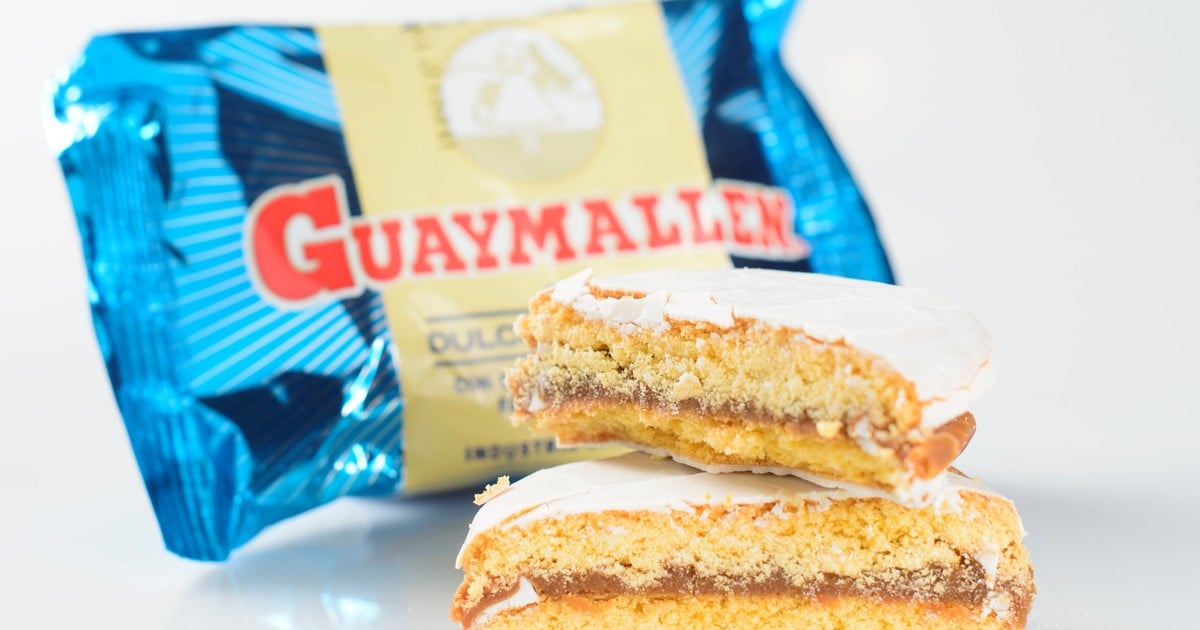 This story, like every story, has a beginning. A first scene: Ulpiano Fernandez, son of Spaniards, a neighbor of Sarandí, walks with his wife through Constitución. They go for a walk. It’s 1944. Everything normal until he comes across a street vendor of artisanal alfajores. And Ulpiano, who is an accountant’s broker, but deep down is more searching than anything else, an idea comes to him.

Ulpiano looks at the street vendor again, thinks of his savings, of his brother-in-law’s knowledge (he is a confectioner) and he says to his wife: “We have to start making alfajores”. He says it for sure, as the winners speak.

Months later, they open the first factory on the top floor of a bakery in Bajo Flores, on Calle Tandil. They are calling her “Guaymallén”. Later they “became independent” from the bakery and moved to Flores, on Boyacá.

The next step is in Slaughterhouses, in 1972. A factory that continues to grow and that begins to buy its neighboring properties, until occupying two blocks.

Last week, within the framework of the alfajor week, the Guaymallén factory celebrated in style. With what could be the closing of the last scene, or rather the last chapter: a shipment of 250 thousand alfajores to the United States. It is the fifth they do. They take one out every fifteen days.

“Every export is a source of pride for the whole family,” he says. Hugo basilotta, vice president of Guaymallén, and former son-in-law of Ulpiano, who died in 2010. “He died at 96 years of age. And until he was 95, he came to the factory every day. It would have been the maximum that he was with us to celebrate the internationalization of the brand. How happy he had been to see his alfajores in the United States …“.

According to the Association of Distributors of Sweets, Cookies and Related Products (ADGYA), in Argentina between 12 and 13 million alfajores are sold daily, which represent 2,190 million a year.

Guaymallén, for its part, brews 2 million every 24 hours, and is waiting for the inauguration of a new plant in Carlos Spegazzini (Ezeiza) in which it aspires to produce a million more. In addition, the company will take on a hundred new employees (today there are 200).

In recent weeks, the infokioscos.com.ar portal released a survey in which 300 businesses participated: Guaymallén was the most chosen alfajor as “the favorite of the Argentines”. Jorgito and Fantoche followed him.

The tweets of Hugo Basilotta, the owner of Guaymallén. (Twitter)

Guaymallén is not the only alfajor that arrives abroad. Havanna exports 10 million units per year. Brazil, Colombia, Canada and the United States are some of its destinations.

“We started with the most difficult country”, says Lorena Basilotta, in charge of the Exports area. “In the United States there are countless products, and the best sweets. They also consume everything with nutella. Let’s say we started with a small shipment, to see how it worked. We did not expect everything that is happening to us.”

They started sending the traditional. The simple. The dulce de leche, the chocolate and the fruit (so far the most consumed in the United States). Now it was time to add the so-called “De Oro”.

Guaymallén began by exporting the simple alfajor, the most traditional. Photo Fernando of the Order

In recent weeks they received emails from interested parties from Mexico, Peru and Israel. Another objective is to reach Paraguay, Chile and Mercosur. And the first shipments to Spain and Italy are practically already agreed.

“It is bring them our flag; a very silver product. It is the alfajor of our neighborhood in the United States. We are all from Mataderos, and we never left here. If it weren’t for those small clients, perhaps nothing would have been possible, “says Lorena.

El Guaymallén and its ambassadors: from those you seek to Chino Maidana

When Lorena says “small clients”, she is referring to a litter of searches that popularized the product. They sold it in buses, trains, subways, street corners and stalls. It was in 1983.

Hugo Basilotta remembers the beginning: “Four men arrived in a blue Falcon. They showed up at the door and asked to speak to a manager. At first, I was a bit scared: democracy had just returned, but the Falcons were still generating things. The point is that they presented themselves claiming to be Retiro street vendors, and that they wanted to buy to sell at their stalls. ”

The first purchase was in the morning. They took 50 boxes of 60 alfajores each. They paid cash and loaded everything into a car. In the afternoon, they returned in a van. They bought 150 more boxes.

Within weeks, vendors from Once, Liniers, Constitución appeared. To the months, of the Conurbano. Before the search, the production was 5,000 boxes per day. With them, it went to 45 thousand.

“They sold 20 alfajores for a austral. It was the beginning of the madness, “Basilotta Sr. continues to recall.” The sellers they needed the product first thing in the morning, and sometimes they stayed to sleep in the door of the factory, waiting for the orders. We add one more production shift, at dawn. And with my father-in-law we had to start traveling. We went to fairs in Germany and the United States, looking for new machinery. ”

The Guaymallén factory had to be expanded several times to meet growing demand. Photo Fernando of the Order

The Seeker Fort lasted until the mid-1990s, when distributors and many more kiosks appeared. They drove the second wave of popularity, because there was another one before.

The first had arrived for football. They put up an advertising poster in the Ferro stadium and the sleeve of the Boca stadium through which the footballers came out said “Guaymallén.” In addition, they had sales booths around various stadiums.

The third advertising boom was international. It was on May 3, 2014, in Las Vegas, United States.

That night, before about 30 million people watching the broadcast from five continents, boxer Marcos “el Chino” Maidana took a bite of a Guaymallén of dulce de leche.

Days later, the first contacts from the United States arrived at the Mataderos factory. Emails in which they asked for the alfajor, and a possible export.

“One of the reasons we delay is because we never wanted to neglect the local market. As soon as we can inaugurate the new plant, we will grow more abroad, “Lorena retakes. In recent times, Argentina has a delivery delay of two weeks. Demand grew during the pandemic.

A tweet from Hugo Basilotta, the owner of Guaymallén, comparing what one of his alfajores costs in the United States with the Argentine price. (Twitter)

Basilotta Sr. recounts his double feeling: happy with the sales, but sad because You know that many Argentines, with the crisis, went to dinner and lunch their alfajores. Hence the increase in production.

The Guaymallén alfajor is available for about 20 pesos.

The alfajor that today arrives in the United States, is obtained around $ 20 in a Chinese supermarket in the City of Buenos Aires. The price marks one of the secrets: profit in quantity (of 5 or 6%).

In the United States, it can be sold to two or three dollars. It is the same product that was, and is, in schools, on birthdays, in football club buffets. The same one that Basilotta sends, as a donation, to dining rooms, picnic areas and rural schools, every time they ask him. “We reach all social classes. We are very Argentine, like asado”, close.