From Leguina to Ayuso: who have been the presidents of the Community of Madrid? 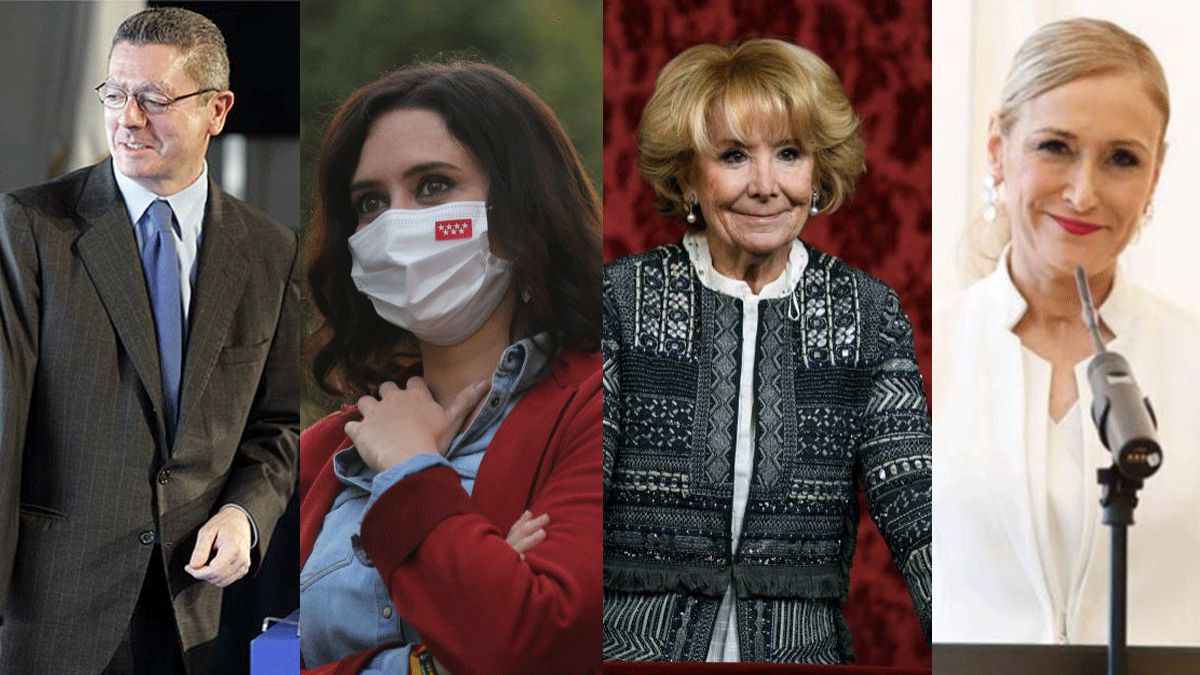 The 4M elections are already underway and throughout the night the name of the ninth president of the Community of Madrid will be known. After the electoral advance of Isabel Diaz Ayuso after two years of government, the citizens of the capital of Spain go back to the polls to elect a new president or a new president. The statute of the Madrid came into force andMarch 1, 1983, a before and after for a territory that would begin to assume the consequent powers and patrimonial assets of the Provincial Council.

The first elections in Madrid were held on May 8, 1983 and, until now, there has been a total of eight presidents (counting on Pedro Rollán and his interim) with Leguine and his three legislatures as the longest in office. In total, the Community of Madrid has had seven presidents of the PP and one of the PSOE.

All the presidents of the Community of Madrid

The only socialist president is also the one who has served the longest as president in the Community of Madrid. Writer, demographer and economist by profession, Leguina left the Department of Finance in the City Council of Tierno Galván to run as a candidate for the PSOE in the autonomous elections of 1983. The mandate of the Socialist Party in Madrid lasted for three legislatures until the Popular Party won the 1995 elections with Alberto Ruiz – Gallardón as a candidate for the presidency.

Alberto Ruiz-Gallardón was the president with whom the PP began its particular ‘reign’ in the Community of Madrid. Since the 1995 elections, there have only been presidents of the Popular Party in the offices of Puerta del Sol.

Lawyer by profession, Ruiz-Gallardón He defeated Leguina at the polls and took office as president until 2003, and finally it happened of president to be mayor of the capital with Esperanza Aguirre in the presidency. Among his political achievements, the former president of the Community of Madrid was Minister of Justice in the Government of Rajoy between 2011 and 2014.

Esperanza Aguirre became in 2003 the first regional president in the history of Spain. The PP won again in the elections of the same year, establishing a nine-year term with a marked media accent.

Graduated in Law from the Complutense University of Madrid, Aguirre previously went through the Ministry of Education, Culture and Sports during the first Aznar government (1996 – 1999) and she also led the Senate as president from 1996 to 2002. Finally, the renowned Spanish politician had to move away from the activity after being allegedly involved in plots such as Gürtel, Púnica and Lezo.

The president of the Community of Madrid who has been in office for the least time, until the current call for elections by Ayuso, belongs to Ignacio Gonzalez. The Popular Party politician had to replace Esperanza Aguirre in 2012, extending her mandate until June 2015.

A total of two years and nine months at the head of the Madrid community that were restricted by the multiple corruption schemes in which he was involved with his party. In particular, the Lezo Case for which he even went to prison for six months.

Cristina Cifuentes placeholder image He took over the presidency of the Community of Madrid in 2015 after elections a little tighter than the previous ones due to the emergence of Podemos in the political landscape and the rise of the PSOE compared to other electoral counts.

A law graduate and civil servant at the Complutense University of Madrid, Cifuentes, she began her political career in 1991 when she became a deputy in the Madrid Assembly until she ended up being President of the Popular Party in the capital of Spain. His mandate as president lasted three years, concluding with a hasty resignation due to the ‘Master’s case’ and the alleged falsification of the minutes of the TFM of his Master’s in Autonomous Law. An investigation from which he has recently been cleared.

The Madrilenian politician became president of the community after the resignation of Cristina Cifuentes in 2018. Ángel Garrido’s government was effective from April 25, 2018 to April 11, 2019.

Garrido, an engineer by profession, previously held the position of Counselor for the Presidency, Justice and Government Spokesperson between 2015 and 2018. Later, he resigned as president to present himself at the Elections to the European Parliament with the People’s Party in 2019 and ended up joining Ciudadanos a year later and leaving politics in 2021.

The first and only Acting President of the history of the Community of Madrid is named after Pedro Rollan. The Senator of the Popular Party and former mayor of Torrejón de Ardoz (2007 – 2015) assumed the position of president from April 11 to August 19, 2019. After a short video presidency, Rollán became the maximum president of the community Madrid after the Angel Garrido’s resignation in 2019

Isabel Díaz Ayuso was chosen in 2019 as the last president of the Community of Madrid. The joint government between PP and Ciudadanos came to an end last March after resigning, dissolving the Chamber and call elections for May 4, 2021.

With a degree in Information Sciences and specialized in Political Communication, Díaz Ayuso has held the position of spokesperson for the PP in the Community of Madrid since 2018 after passing through the Ministry of the Presidency and Justice of the same community in the position of vice-councilor. All this, during the government of Cristina Cifuentes.

United risk losing points after protests in their field