From here to Egypt: seven must-see proposals at Museum Week 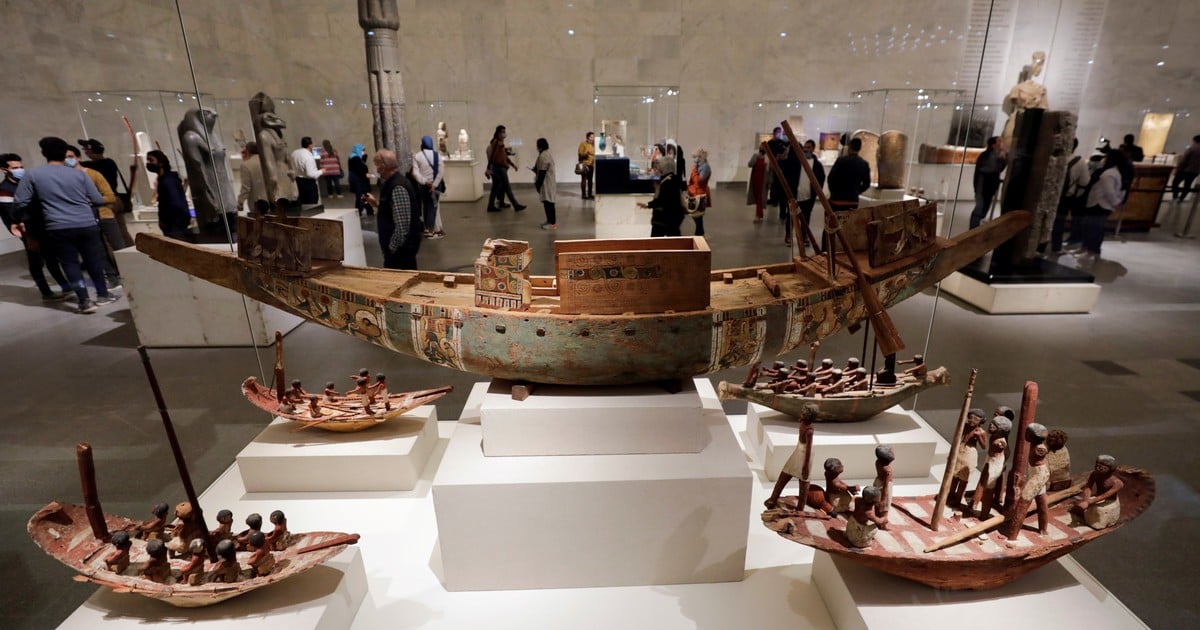 The # MuseumWeek2021: this is a week during which museums around the world will be posting stories, anecdotes, photos, videos and curious facts through their social networks.

Each day publishes around a different theme: the theme of the first day was “Once upon a time in time” and that of Tuesday, “TrasBambalinas” (everything that happens inside a museum so that it works, and that it does not is in view of the general public).

But actually, # MuseumWeek2021 it’s as if it were a museum party (virtual, of course). For this reason, digital “walking around” through some of the best-known or most curious spaces in the world is not only fun but also a real feast for art lovers, for those who want to see something different for a while or, directly, for museum nerds.

It is that each of these institutions tries to post little-known data about their history: it is as if a Pandora’s box were opened and we could observe and listen, for a while, to the hidden side of many collections.

And it is about collections not only of art: there are museums dedicated to science, archeology, history, books, anthropology, a certain artist, and many, many other disciplines or themes. This only increases the diversity and angle of the virtual tour, when entering the #MuseumWeek.

As the world of museums is immense – and there are more and more of these institutions, since the awareness of conserving and preserving collections and heritage that were not taken into account until very recently increases (both by the State and private), here we suggest some “virtual walks”For some of the museums that, at this # MuseumWeek2021 party, are posting curious stories.

So we started our virtual tour of Egypt, of Cairo. We are going to The Egyptian Museum, inaugurated more than 100 years ago but recently renovated and which opened its doors in a very original way: transferring its collection of 22 most important Egyptian mummies through a parade through the avenues of Cairo (“The Pharaoh’s Golden Parade ”, The Golden Parade of the Pharaohs).

In addition to being original, it was a way to move the precious and unique collection of the Egyptian Museum – located in Tahir Square – to the spectacular National Museum of Egyptian Civilization..

There we go, to see the festivities of # MuseumWeek2021 on Twitter.

We continue for the Center Pompidou de Paris, who posted an old photo of when its famous transparent stairs – from which you can see a panoramic view of Paris – did not yet exist.

Let’s continue for our National museum of fine arts from Argentina, who decided to post photos and information about the museum’s beginnings in 1896, when it was located in the Bon Marché, a space where the Galerías Pacífico currently operates.

Now we go up Mar del Plata, to the MAR museum, where we can see (always through virtual visits) not only the iconic sea lion by Marta Minujín but also the plans of the museum building and the first steps of its construction. Let us remember that it is the first museum built expressly as a museum, by the government of the province of Buenos Aires.

We continue visiting museums: it is the turn of the Isaac Fernández Blanco museum. Located in the heart of the country’s capital, on the first day of # MuseumWeek2021 he posted a nice video with its history, documents of the founders and a tour of the spaces of the institution illustrated with historical photos.

Now we go through the Rodin Museum, in Paris, dedicated to the work of the well-known sculptor. The institution, on the second day of #MuseumWeek, post – through a production made by the famous magazine Paris match– how the assembly of the wonderful exhibition “Picasso-Rodin” was carried out, in January of this year. Paris Match titled: “Picasso-Rodin, the face to face of the ogres”.

Finally, to finish the virtual visits of these first two days of the # MuseumWeek2021, we visited the Van Gogh Museum in Amsterdam (Holland), with a post that refers to a little-known woman, Jo, the intelligent wife of Vincent Van Gogh’s brother, Theo, of whom he was widowed at 28 and with whom he was for less than 2 years.

It was she who kept, cared for and began selling the works of the famous painter after Theo passed away. Some say that Van gogh He becomes the well-known artist he is today, thanks to Jo’s preservation work and vision of the future: in 1905 he organized the Vincent retrospective. Then his son Theo got on with the job. Here, then, a visit to the Van Gogh museum.