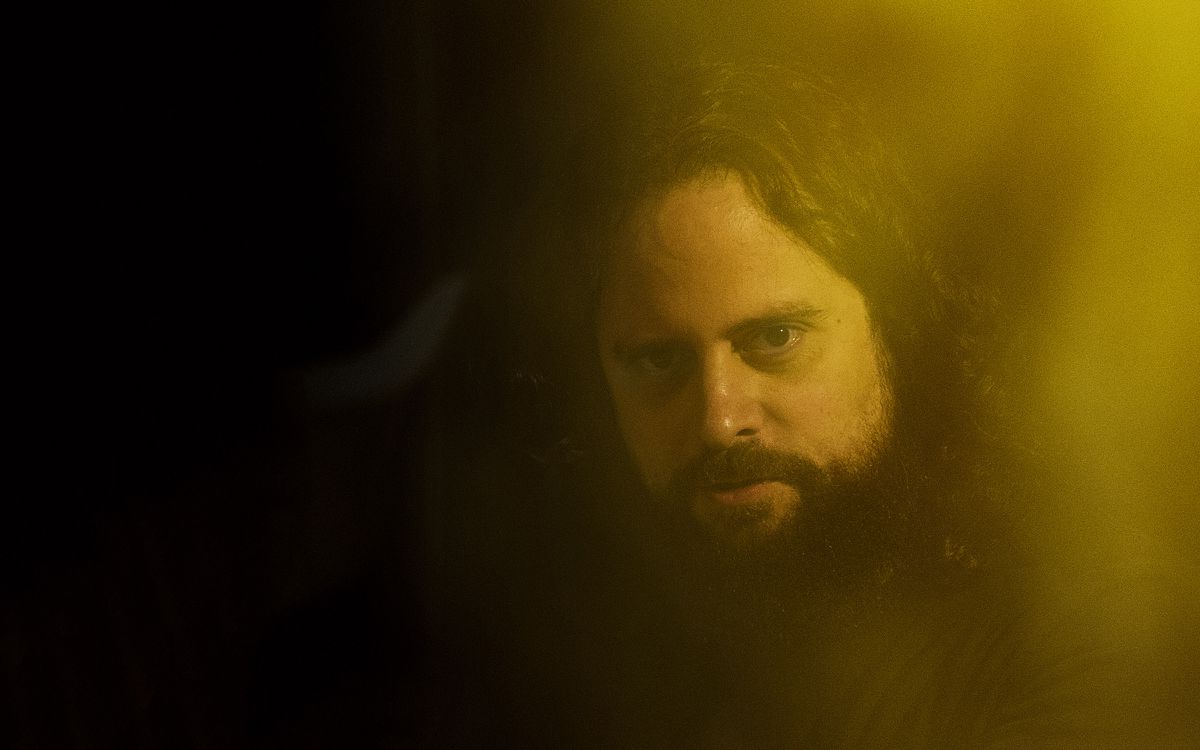 Everything about him is exceptional. Violagambista, one of the best in the world according to critics, is also a cultural manager, businessman and tireless researcher dedicated to the rescue of composers forgotten by history. “Sheet music duster”, in his words. A confessed fan of Iron Maiden, he graduated in Dentistry because his parents, doctors, wanted him to study a career of profit and get away from that music “of drugged and hairy”, but he never got to practice. Virtuoso of the viola da gamba, his is old music, although he feels like one more among the flamenco artists, an art that he defines as a synthesis between the oriental and the western, and he does not tire of seeking happiness on international stages at the forefront. from Accademia del Piacere. The son of a Palestinian and a Syrian, this Sevillian from the Macarena neighborhood with a heavy appearance sat at the piano at the age of seven in Homs, later fell in love with the electric guitar and came across the viola da gamba by chance at the Seville conservatory at 17. Since then, Fahmi Alqhai has never ceased to amaze the world with his ability to inject emotion into baroque music and transmit it with everything he plays.

“Music brings me happiness and I want the public to enjoy, that what I try to communicate comes to them through emotion. Gender does not matter because there is no pure style. All the music is mixed and consolidated by creating a specific style, but everything comes from the same source ”, says Alqhai, 44 years old.

Director of Seville Ancient Music Festival (Femas) since 2009, the oldest event in Spain of its kind, which closed its 38th edition on April 4, his love for music arose in Syria, where his parents sent him with his paternal grandmother when he was two years old. “It all started in Homs, when someone gave me a battery-powered Casio keyboard at the age of seven. I lived with my grandmother so that my mother could finish Medicine in Seville and also because they always thought of going back to their country and wanted me to learn Arabic from a young age. I spent the day pounding on the keyboard, so they decided to sign me up for piano with a nun who taught at a Jesuit school; my family is cistians. I did not like the piano, that was a continuous fight. I had a musical vocation, but I lacked the instrument to channel it ”, he recalls at his home in Seville.

The family never lived in Syria again and the little boy returned with his parents to Seville at the age of 10. “My mother had a Spanish guitar hanging at home, a gift from my father when they both studied in Granada. I picked it up when I was 13 years old, I remember it was missing a string, and that guitar led me to the electric guitar, right to the world of heavy metal. We put together a band, 666, which lasted four years, we gave concerts and we even recorded a demo, “he explains. It was one of his colleagues from 666 who encouraged him to go to the conservatory. “I wanted to enroll in electric guitar, but the head of studies told me: ‘Nothing that plugs in is studied here’, and I was already leaving with my tail between my legs when I saw a poster announcing the first year of viola da gamba that Ventura Rico taught and I signed up, ”recalls the artist, who speaks four languages, is fond of cooking and has a good hand for drawing.

Despite living surrounded by historical music scores, Alqhai does not forget the paths that led him to the sounds of the Renaissance and the Baroque. “Bach is my vademecum of music”, affirms the artist, who has transcribed for the Chacona viola in D minor for the German violin, as well as other pieces for flute and cello, but he always returns to flamenco and metallic rhythms.

The best proof that miscegenation works are his collaborations with singers such as Carmen Linares, Arcángel, Rocío Márquez, or with bailaora Patricia Guerrero, and the versions of Joe Satriani and Jimi Hendrix that he introduces in his recitals with an instrument that reigned in the European courts since the 15th century but that was abandoned at the end of the 18th century. An instrument as versatile as the voice that he manages to bring to the ears of the 21st century. Alqhai is now preparing to begin a European tour that includes 30 cities, in which he will offer six different programs in front of Accademia del Piacere – an ensemble that he created in 2002 and of which his wife, Johanna Rose, and his brother Rami are also part. , both violagambistas— and several solo recitals like the one that brings together their Bach transcriptions.

Flamenco occupies an important place in his vital score because it takes him back to his childhood, it reminds him of Arab rhythms. Closeness that has led to several collaborations with the Seville Flamenco Biennial with shows such as The comings and goings with Arcángel (Giraldillo for the best music in 2012) or Dialogues of old and new sounds with Rocío Márquez (Giraldillo for innovation in 2016), with whom he continues to tour international stages, determined to free the viola from sambenito de segundona.

In addition to the two productions awarded by the Biennial, this year he will present, among others, Gugurumbé, the black roots, in which, together with the choreographer and dancer Antonio Ruz, he recalls the journey of African sones to Baroque Europe through slaves , or his collaboration with the soprano Nuria Rial in Muera Cupido, in which they rescue Spanish Baroque composers and with whom he plans to make his debut at the Berliner Philharmoniker in February 2022. Programs that he has recorded with various music labels, including the that he has created with his brother Rami, Alqhai & Alqhai.

“The work of recovering the musical heritage in Spain began to bear fruit some 20 years ago. Until then, the early music that was programmed was limited to German, English or Italian authors. The first groups were Orphénica Lyra, by José Miguel Moreno, with whom I began to play, or Al Ayre Español, by Eduardo López Banzo. But in ancient music there have been many people who smelled of camphor. The important thing is that today we know that interpreters in past centuries did not limit themselves to a flat reading of the score, but adapted what was written to their abilities and their instruments ”, explains the violagambista, determined to expand the reduced repertoire of his instrument. with compositions by Antonio de Cabezón, Gaspar Sanz or José de Nebra.

With his baroque Italian viola between his legs, a copy of those built by the Amati in the 17th century, Alqhai spends hours trying to make notes written hundreds of years ago his own, bringing them to life to convey all the emotion he feels when playing them. “The instrument is only the vehicle with which the artist channels his art. I’ve been trying to tame my viola for 20 years. It is still difficult for me, but I feel very good with it, I would not change it ”, says the musician, who also uses a viola quintón, the highest of the family of bow chordophones. “I put all my heart into what I do and many times I take the curves too tight, not caring what others say. Fortunately, I do what I like. I am a joy ”.

Funds for an Argentine fintech in Spain