From eating sea turtles to making a living protecting them 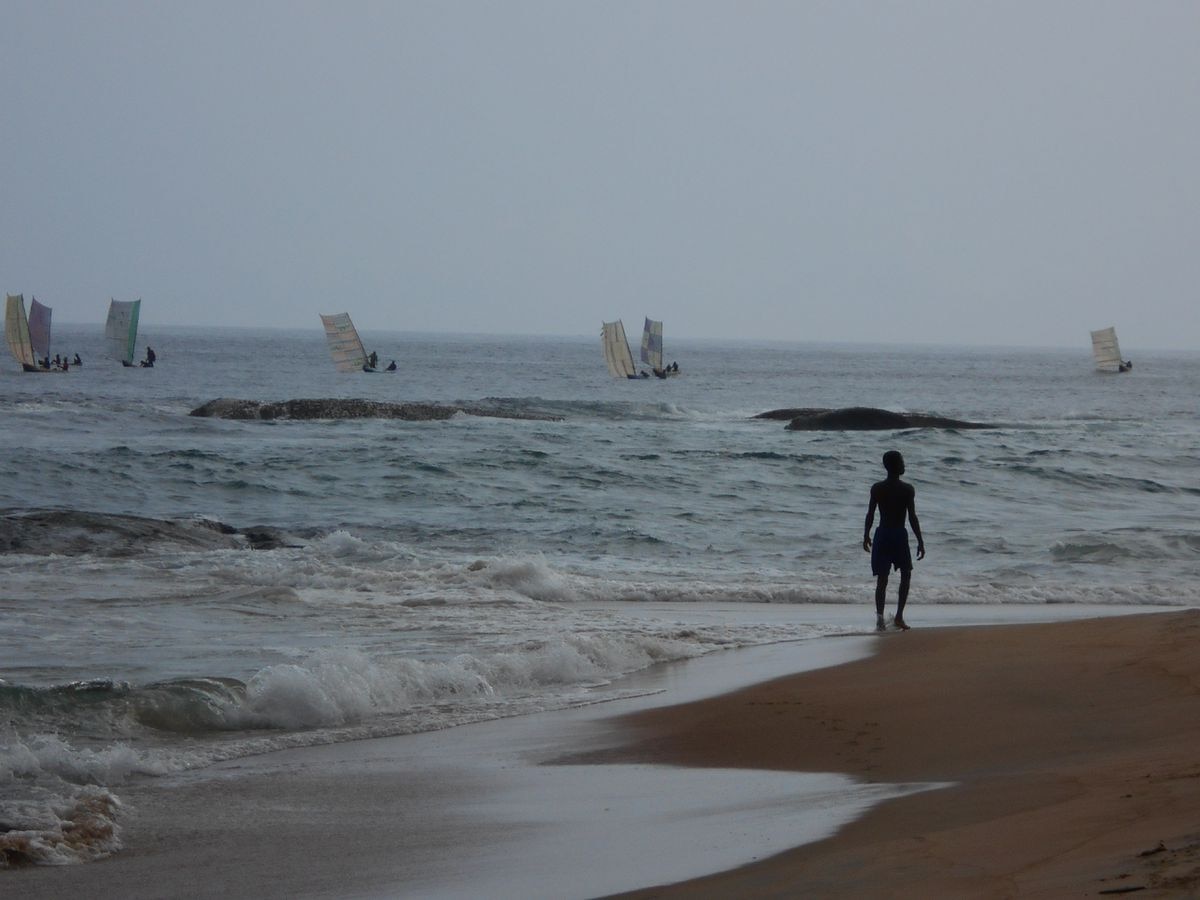 Ivory Coast has the sea in its name. Its sea front is occupied by an underwater canyon of great biological importance and its cold waters make blue fish abundant near the shore. The country’s best-known popular dish, garba, is made from fried tuna served with cassava grits or attiéké. However, beyond the luxury residences of the beaches of Assinie and the ports of Abidjan – the economic capital of the country – and San Pedro, the coastline remains underdeveloped and barely accessible by the cotière, a winding road that has been waiting for years for a renovation that never comes.

The Spanish veterinarian and aid worker José Gómez (Toledo, 1967) arrived there at the end of the nineties. Gomez, who has resided in the Ivory Coast since 1991, discovered that the long beaches of the remote Grand Bereby region west of the port city of San Pedro are home to some of West Africa’s top sea turtle spawning grounds. But both the turtles and their eggs generally ended up in the pot.

“I was surprised to see that, despite the fact that sea turtles are a protected species, they are captured openly without anyone doing anything,” explains Gómez, who has since begun to seek support to implement conservation initiatives. Since 2014 he works under the NGO Conservation de Espèces Marines (CEM) which he founded with the Ivorian scientist Alexandre Dah.

Both soon understood that for people to be interested in conservation activities, they had to be part of the solution to their problems. “We established an oral contract with the communities: protect the turtles and we will help them get ahead,” he says.

The Krumen riparians of Grand Bereby were at a blind spot in development. Following the country’s agricultural fever, they had abandoned subsistence fishing for agriculture in pursuit of greater stability. The collapse in rubber prices also affected their standard of living and took advantage of the young, without work or land.

“It’s never enough in the midst of so much frustration, but I can tell that people have kept their word,” he says. After ten years of work, the capture of turtles has disappeared on the beaches and the nests remain protected in the CEM area of ​​action thanks to the collaboration of local youth.

One of them is Picard Almiral Hie (1988), a native of the town of Roc. Hie divides his time between safeguarding turtle nests and diving activities, exploring the sea beds and reefs in the area. “If we did not protect the turtles, our children would not be able to see them,” he acknowledges, and affirms that the consumption of this animal in his community is now a thing of the past.

A decade to save the ocean

No wonder the Krumen turned their backs to the sea on a continent that hardly exploits it. “Except for fishing and in some cases extractive activities, activities such as coastal tourism or aquaculture have yet to be developed in Africa,” explains the researcher at the Spanish Institute of Oceanography (IEO / CSIC) Eduardo Balguerías.

For this researcher, the ocean is humanity’s last economic frontier. 95% of its surface remains unexplored and it can be an immense source of resources, such as energy, arid and food, given the increase in the world population and the depletion of land resources.

95% of its maritime surface remains unexplored and can be an immense source of resources, such as energy, aggregates and food

The oceans are also the planet’s climate regulator. They have stored the 93% of human greenhouse emissions in the last 50 years and it depends on them whether global warming remains at bearable levels, or accelerates. The rapid increase in temperature, the acidification of the waters and the changes in the sea currents are disturbing symptoms.

The coastal countries of West Africa, where among the six and 40% of the population will live in low-lying coastal areas in 2030 they will face rising sea levels and an increase in the frequency and intensity of extreme weather events. FAO projects that the climate crisis will especially affect the productivity of fisheries, on which a quarter of the continent’s proteins depend, but which are already at levels of full exploitation or overexploitation.

Ultimately, our lives are going to save the ocean, but we still don’t know how to do it. “Surprisingly, we know less about the Ocean than about the Moon, despite the fact that the hopes of humanity are pinned on it,” says Balguerías. To promote science for its sustainable exploitation, the United Nations has declared the decade 2021-2030 as the Decade of Ocean Sciences for Sustainable Development.

One of the key objectives is to protect 10% of marine ecosystems by 2030 so that they continue to be able to sustain their biodiversity and absorb atmospheric carbon. The coastline of Grand Bereby will soon be one of them. Thanks in large part to the scientific and social work of CEM and the technical assistance of UN Environment, on December 21, 2020 the Ivorian Government declared Grand Bereby a marine protected area. It is the first in the country.

The future marine reserve will cover 2,600 km² and will include a conservation sanctuary strictly reserved for turtles, sharks and rays, as well as an eco-development area for artisanal fishing and the promotion of recreational tourism activities.

“Grand Bereby was known above all for sport fishing. Now more and more people come to see the turtles spawn ”, explains Pierre Daley, director of the Katoum hotel, which reopened its establishment in 2010. From there, it establishes alliances with CEM and local communities to carry out observation activities of these animals and visiting the mangroves.

The threat of illegal fishing

The Government’s declaration is only the beginning. “A marine area needs surveillance and stable budgets that allow monitoring that area,” warns Balguerías who, from IEO, has participated in the development of marine protected areas in Namibia and Mauritania.

“That follow-up doesn’t exist in Grand Bereby today,” explains Gómez. Every afternoon, unflagged trawlers approach less than a kilometer from the beaches, invading the fishing grounds of the artisanal canoes and reducing the catches that supply the local population and supply the hotels. Ships destroy moorings and cause costly damage to small boats and their crews.

A report of the Panel for the Progress of Africa (African Progress Panel) by Koffi Annan warned that the West African region loses more than € 1 billion per year due to illegal and unregulated fishing. Paradoxically, despite being one of the main tuna ports in the region, Ivory Coast needs to import seven out of every ten kilos of the fish it consumes.

Balguerías attributes the proliferation of illegal fishing to the limitations of African countries to guarantee the safety of their coastline, as well as to the weakness of the regional fishing entities in charge of monitoring and control. “They depend entirely on external aid and their recommendations, unlike other equivalent regional organizations, are not even binding,” he says.

Added to this is the opacity of the bilateral fisheries agreements signed in the region with countries like China, as opposed to the transparency that the EU imposes on its fleet. Sophie Nodzenski, Senior Campaign Manager for the UK Environment Organization Environmental Justice Foundation recognizes the leadership of the EU in the fight against illegal fishing and adds that “there is still work to be done, for example, identifying Europeans who have financial interests in non-European fleets”.

From CEM they facilitate artisanal fishermen trackers to offer them the possibility to report the situation of unflagged trawlers and inform the maritime police. “The ships carry everything: turtles, crustaceans … We hope that the marine protected area will contribute to solving this situation,” Hie hopes.

For Balguerías, it is key that countries advance during this decade in “recognizing the multiplier effect of marine research to channel more investment towards research and management. We cannot afford to exploit the ocean in an irrational way as we have done with the terrestrial environment ”.