From Covid-19 to number one 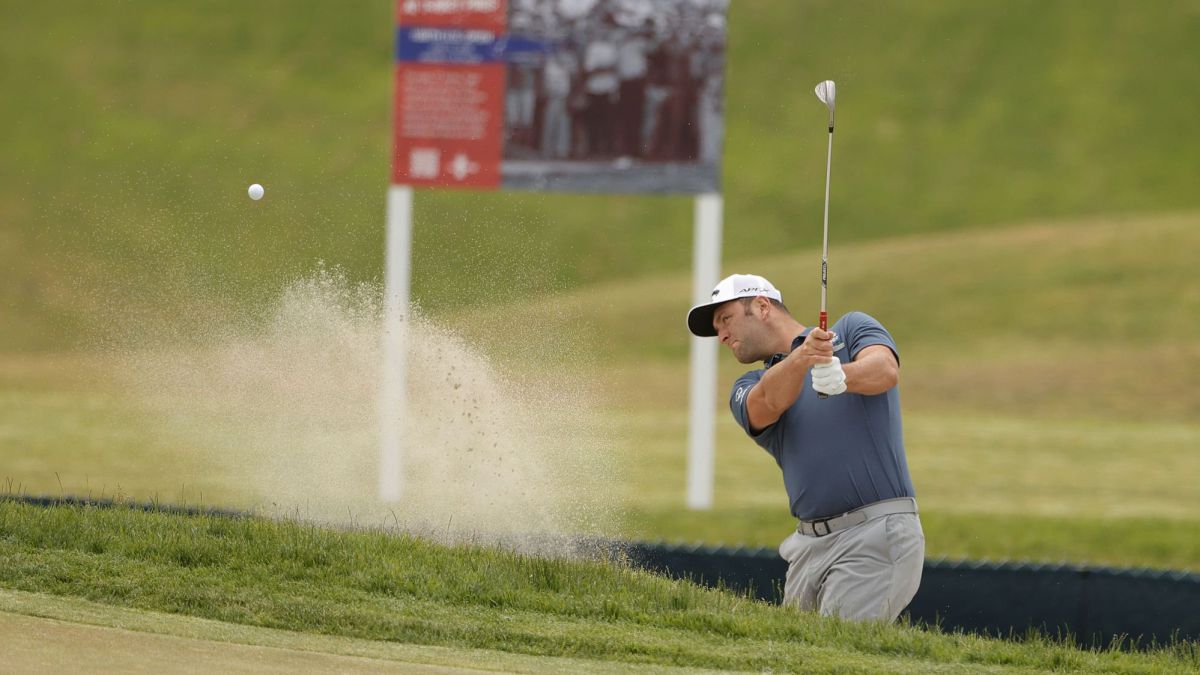 Jon Rahm goes back to the beginning to get into the story. This prophetic phrase may come true this weekend at the 121st US Open in California. The Barrika player (26 years old), who has just overcome Covid-19 and arrives just after leaving confinement, has a strong connection with San Diego, the place where it can be said that everything began in March 2013. He won the tournament Lamkin Grips SD Classic college under the watchful eye of a Phil Mickelson in shorts and flip flops who decided to follow for a few holes a talent trained by Tim, his brother and now also his caddy. Two years later, Rahm won there at the NCAA Regionals. Later in the same city of California came the triumph in his first tournament of the PGA Tour and also in San Diego he asked for marriage and married his wife Kelley.

It also has a close link with the south course of Torrey Pines, where the US Open will be held today (Movistar Golf, 8:00 pm), which can return it to number one in the world ranking (it is now 3rd) ten months later. The Spaniard (which leaves today at 10:36 p.m. Spanish time with the North American Reed and the Australian Leishman) will reach the pinnacle if he wins his first major in the Californian public field and Dustin Johnson is 18th or worse. The challenge is complicated but there are data for optimism since Rahm is the best player in the world in this field since 2017 with a total score of -51, five strokes better than the second (Tony Finau, -46); and has played 17 majors in his career with a balance of six Top 10s and three Top 5s.

However, Rahm’s battle will be much more complicated than defeating Torrey Pines and Dustin Johnson, as he will face others. 154 players, with the entire Top 50, from 26 countries, including Sergio García and Rafa Cabrera. One of them will be, precisely, Phil Mickelson, recent winner of the PGA Championshio and who at 51 years old has this tournament as one of his last feats to conquer. “It is a unique opportunity because I have never won the US Open. It is in the backyard of my house. In the last few weeks I have turned off all the noise around me, including my phone, so I can concentrate and try to play as well as possible “, says ‘El Zurdo’ who acts as host when it is held in his hometown and that he has been Jon’s mentor since he landed on the PGA Tour.

To speak of favorites when the best in the world face would be to make a list of the world rankings, but what can almost be foreshadowed is that the winner will come out of a dismay, at least if we pay attention to the statistics since This tournament is the major that has been decided the most like this: 32 times out of 120, 26.66%. And the only time it has been played at Torrey Pines, in 2008, Tiger Woods defeated Rocco Mediate in the playoff with that historic putt made by a nearly ‘lame’ Tiger with a left knee injury to force a tiebreaker. History, like the one that Rahm can do on Sunday … his fulfills the prognosis since he is the main favorite of the bookmakers.