From a chocolate bar to a ship: the eye-catching coffins sold in New Zealand 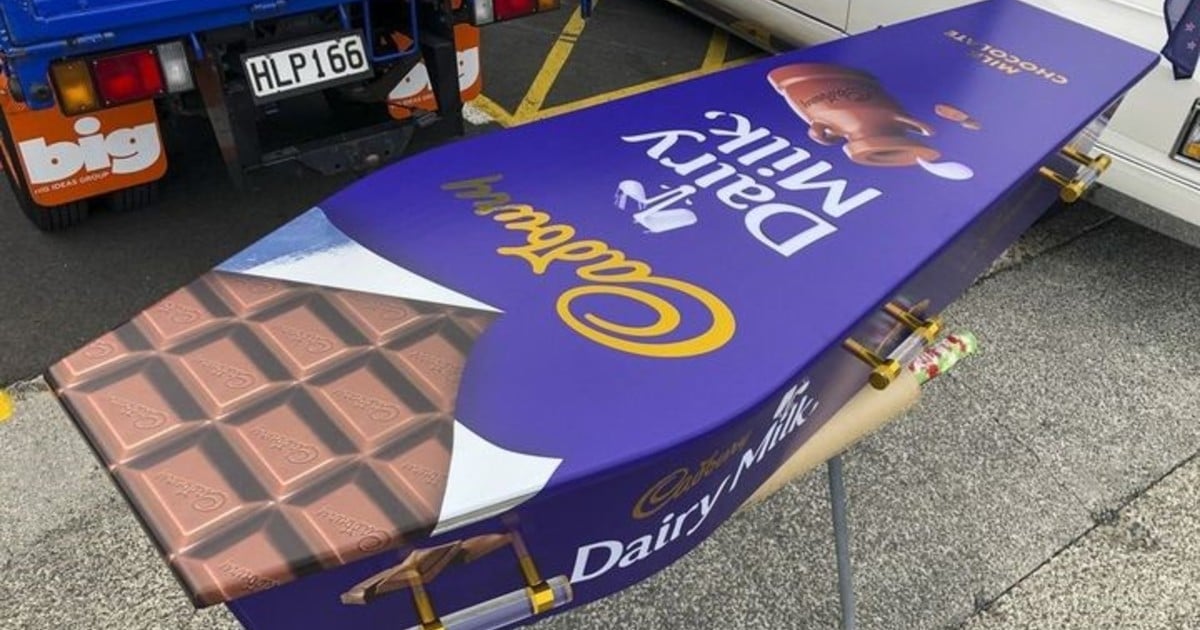 When the pallbearers carried Phil McLean’s coffin into the chapel, there were gasps before a wave of laughter go through the hundreds of mourners. The coffin was a giant donut of cream.

“It overshadowed the sadness and hard times of the past few weeks. The last memory on everyone’s mind was of that donut and Phil’s sense of humor, ”said his widow, Debra.

Ross Hall designed this coffin for his cousin, Phil.

Other Hall creations include a sailboat, fire truck, candy bar, and Lego blocks. There were gleaming coffins covered in fake jewelry, a casket inspired by the movie “The Matrix,” and many drawers depicting people’s favorite beaches and vacation spots.

Ross Hall, along with some of his works.

“There are people who are happy with a brown mahogany box and that’s great. But if they want something else, I’m here to do it,” said the author.

A boat mounted on a box, the most difficult design.

How these designs came about

The idea for these particular drawers first came to Hall about 15 years ago when he was writing a will and contemplating his own death. How do I want to go? He thought to himself, deciding that he wouldn’t be like everyone else. “So I put in my will that I want a red box with flames “, he specified.

A coffin “made” of Lego.

Six months later, Hall, whose other business is a graphics and signage company, decided to take that thought seriously. He approached some funeral directors who looked at him with interest and skepticism. But over time, the idea took hold.

A coffin tailored to a Ferrari fanatic.

Hall begins with specially made blank caskets and uses fibreboard and plywood to add details. A digital latex printer is used for the designs. Some assignments are particularly complex, such as the sailboat, which included keel and rudder, cockpit, sails, even railings and metal pulleys.

One of Ross Hall’s most striking works.

Hall said the tone of funerals changed markedly in recent years. “People now think of it as a celebration of life rather than a mourning of death,” he said. And they’re willing to ditch the stifling conventions in favor of something unique.

A fire truck, another particular design.

But, A donut? Debra McLean said that she and her late husband, who was 68 when he died in February after battling intestinal cancer, used to tour the country in their motorhome and that Phil loved to shop for cream donuts in every small town. Thus, the particular coffin that accompanies him in his eternal rest arose.

The paddle, originally from Latin America, star in Italy thanks to the pandemic

Russians collected buckets of crabs and caught on video