From 2-8 to the ‘selfie’ with PSG: Messi’s premonitory year 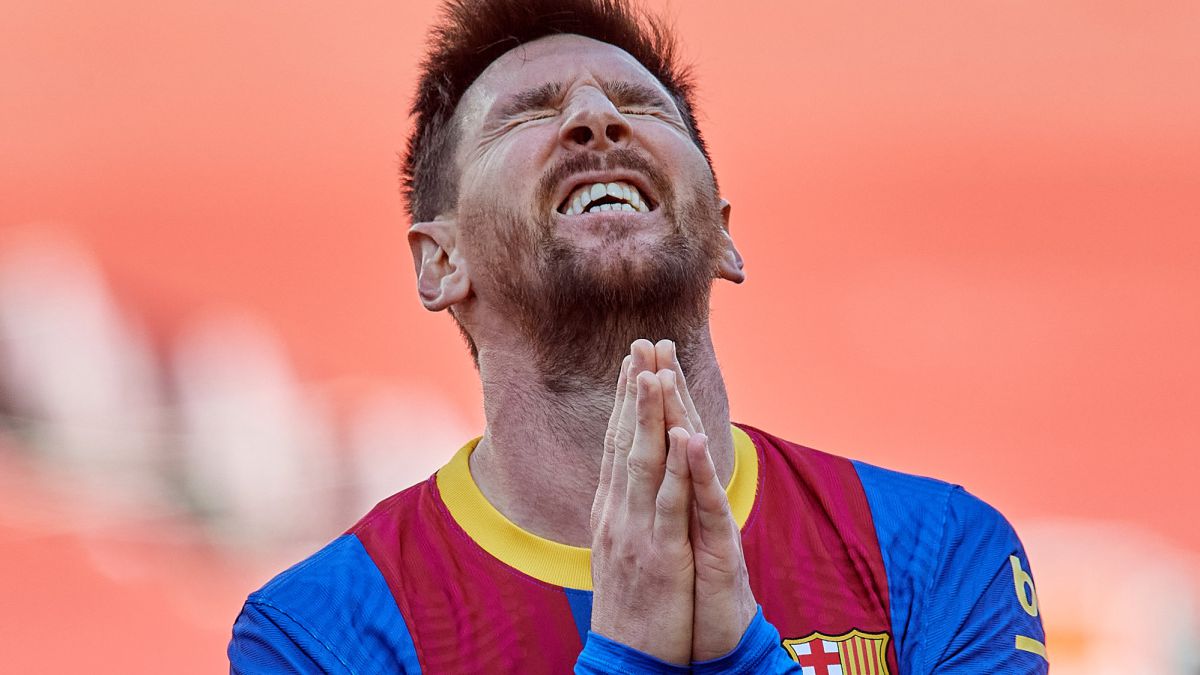 He has suffered – or, rather, suffered – troubles as a Barcelona player, but few or none like the setback of August 14, 2020. The 2-8 in Lisbon in the hands of Bayern Munich, in the quarterfinals of the Champions League, in which for the fifth consecutive season the Catalans were far from the final. His image in the dressing room, desolate, crestfallen, in the background behind Marc-André Ter Stegen, was the first sign of his sadness. And a year of suspense, perhaps terror for Barça fans, which has led to his departure.

The first attempt, or much more than that, that was experienced was that of August 25, when the burofax that had sent to the culé entity requesting the freedom letter came out. He claimed that he had time to do so, according to his interpretation of the contract, since it allowed him to request it 20 days before the end of the season, which ended much later due to the pandemic. But the then president, Josep Maria Bartomeu, maintained firm that on June 10 that clause had expired and Messi took a step backwards.

“I would never go to trial against Barcelona, ​​it is the club of my life,” he defended as an argument when, on September 4, he gave a scoop interview to the Goal portal, from his home, in Castelldefels, very close to where his friend and former teammate Luis Suárez had resided, whose departure to Atlético de Madrid, and how the Barça club managed it, also hurt the Argentine star especially.

Messi did not hide when criticizing Bartomeu, of whom he said that “he lied to me in many things”, when on December 27 he was interviewed by Jordi Évole in La Sexta. In that talk, he confessed that he did not regret having sent the burofax because he had really wanted to leave Barcelona, ​​and assured that he had not yet made any decision about his future.

Everything seemed to take another direction on March 7. In the Barça presidential elections, Messi appeared for the first time to vote, and also in the presence of his eldest son, Thiago. As if it were just another partner. Smiling. The victory of Joan Laporta, with whom he had a much more relaxed relationship than with his predecessor, heralded a good path towards understanding.

And while, the path of Barcelona continued in LaLiga like a roller coaster, in which the real options of winning the title soon disappeared, and which held images like Lionel cursing his luck in the coldness of the Camp Nou stands, on December 29, after the draw against Eibar (1-1).

In the Champions League, this time it was Mauricio Pochettino’s Paris Saint Germain who crossed the path of Ronald Koeman’s men, in the round of 16. And the Copa del Rey, with a 0-4 in the final against Athletic Club, was perhaps a minor consolation for an ambitious player. 46 goals in 60 games was the remarkable personal balance in the season of his goodbye.

Neymar on his way

And the revenge came in the Copa América, in which after many attempts he was proclaimed champion, and above against Brazil and in Maracana. His hugs with Neymar Junior in the back room of the celebration exuded pure friendship, which lasted a few days ago in Ibiza, when they both coincided on vacation and were photographed again together, this time with two other PSG footballers: Ángel di María and Leandro Walls.

Anecdotes all, or so it seemed until now, since apparently the signature was pending and little else to stamp its renewal. But this August 5, 2021, everything jumped up in the air, putting the icing on the cake – bitter, no doubt, for Barcelona fans – the year of goodbye and a bond that, like many love stories, was eternal while it lasted.

“Emiratization” stresses adherence to “the ban on work at noon”