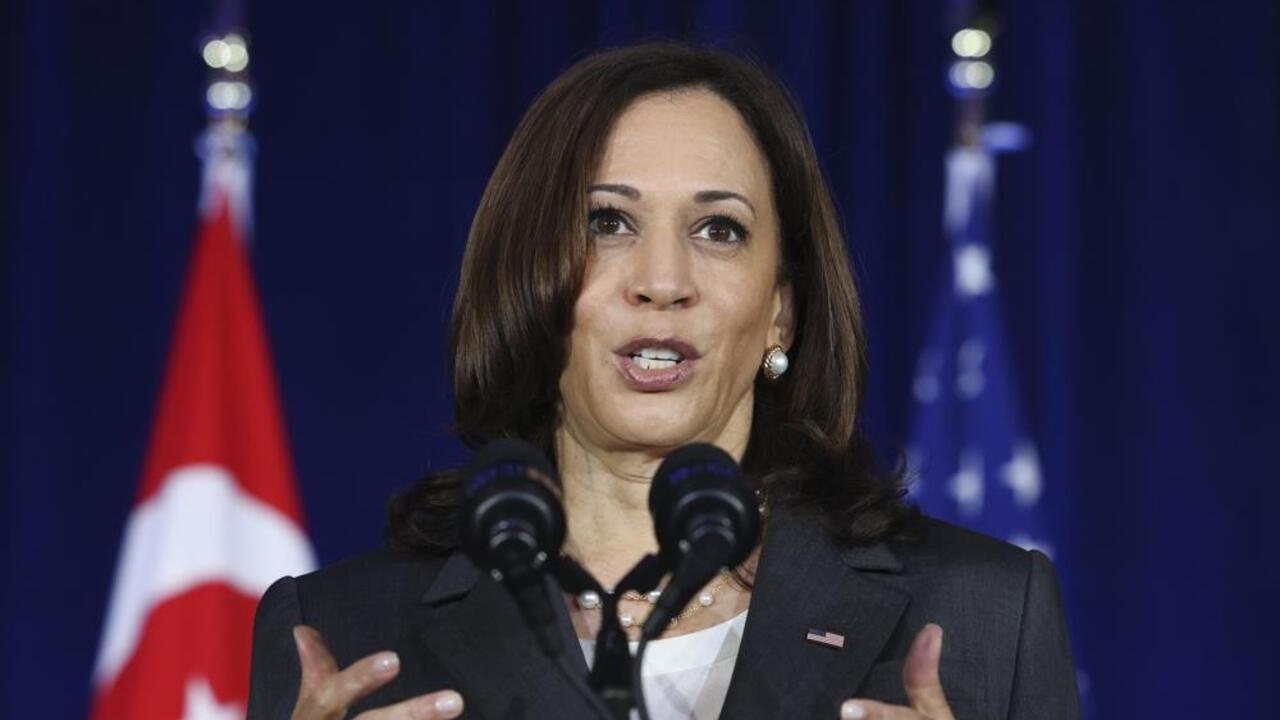 US Vice President Kamala Harris accused China of “coercion” and “intimidation” in its land claims in the South China Sea. After assuring that it would provide support to its Southeast Asian allies who have disputes with China, Beijing rebutted Harris’s accusations and accused the United States of perpetrating “hegemonic behavior.”

The differences between the United States and China became apparent again this Tuesday, August 24. The rhetorical clash between the two powers began with comments by Vice President Kamala Harris, in which she reaffirmed the United States’ support for its Southeast Asian allies regarding China’s territorial claims in the South Sea.

“Beijing’s actions continue to undermine the rules-based order and threaten sovereign nations. The US stands with our allies and partners in the face of these threats,” Harris said in reference to China’s intimidating actions near the islands. Spratly and Paracel, which is disputed with five countries in the area – Taiwan, Vietnam, the Philippines, Malaysia and Brunei.

The vice president issued this warning during an appearance in Singapore, where on Sunday she began a tour of Southeast Asia that will take her to Vietnam this Tuesday. There he accused the Xi Jinping government of launching a campaign of “coercion” and “intimidation” against the other countries claiming the territory.

The territorial conflict in the South China Sea dates back decades. China claims sovereignty over the area based on the line that was delimited by the old Chinese nationalist government in the 1940s and that all neighboring countries reject. The disputed territories are made up of islets and uninhabited archipelagos, but of great importance for China since different constructions there could be for military use.

“Beijing continues to coerce, intimidate and claim the vast majority of the South China Sea. These illegal claims were already rejected in 2016,” Harris said, alluding to the lack of legal legitimacy.

The policy comment refers to the ruling of the Court in The Hague in favor of the Philippines over the dispute over those waters. But China rejected the ruling and has maintained its claims over most of the waters within the so-called “Line of Nine Rays” on its maps. The area is also rich in gas and mineral deposits.

For its part, the Chinese Foreign Ministry was quick to defend itself against Harris’s accusations. Regarding these, the Ministry spokesman, Wang Wenbin, assured that the United States “defends its selfishness and its hegemonic behavior under the pretext of an ‘order’ and some ‘rules'”.

What lies behind the positions of the two giants is a geopolitical interest of a military nature. While China is suspected of having military bases in the South Sea, Harris showed his country’s defense stance with his visit to the Changi naval base in Singapore, where the US battle ship Tulsa is located.

Supporting its allies and re-gaining a presence in Southeast Asia is of vital importance to the Biden Administration. According to political scientists, the Democrat wants to regain the ground that the former Trump Executive gave to China and return to being a country with a voice in the region. To do this, Biden has made no secret that the fight against China’s influence globally is a centerpiece of his foreign policy.

With a disorderly departure from Afghanistan, tainted by the rise of the Taliban to power, the new Administration wants to redirect towards Asia and notably abandon the strong presence it has had in the Middle East as a declaration of war against jihadism and terrorism after the attacks of the 9/11 in New York.

Now, with the rising power of China, Harris herself called the Indo-Pacific “critically important to the security and prosperity of our nation.” He also assured that in the foreign agenda of the United States there is not only room for the evacuation of Afghanistan and that they are very aware of the Asian region and its commitments there. As part of their look at the region, Defense Secretary Lloyd Austin and Deputy Secretary of State Wendy Sherman visited the area in the spring and summer.

Some of the countries involved in the South China Sea conflict have not wanted to take a position, as is the case of Vietnam – a nation that Harris will visit soon. Despite the dispute over the territories, in Hanoi they received about 200,000 vaccines against Covid-19, Vero-Cell, from Sinopharm this week.

“The Prime Minister (Pham Minh Chinh) affirmed that Vietnam adheres to an independent, self-sufficient, multilateral and diverse foreign policy and is a responsible member of the international community,” the Vietnamese government said in a statement.

At the moment, it seems that the Biden Executive plans to continue building a strong presence in the region and try to rival China, a difficult task in view of the sustained growth of the Asian giant.

Arca Continental participates in the rehabilitation of schools in Nuevo León