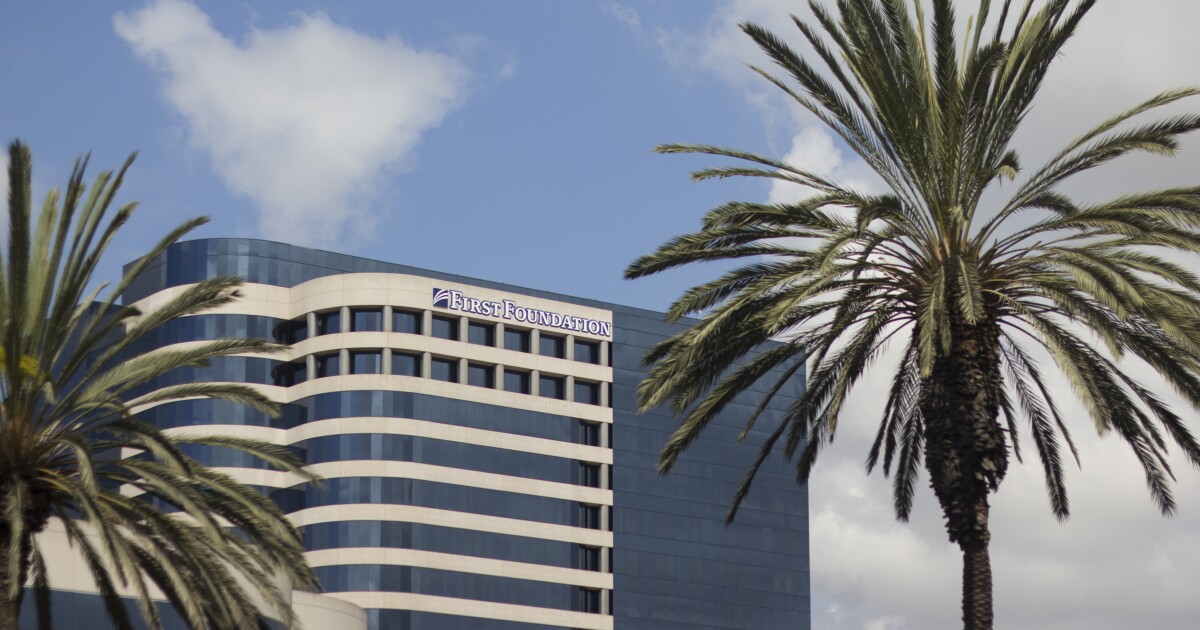 First Foundation says it’s eager to pursue more acquisitions, though only a week has passed since the Dallas company unveiled its largest M&A deal ever.

The $ 7.1 billion-asset First Foundation is buying TGR Financial in Naples, Florida, but remains focused on expanding in its new home state of Texas, CEO Scott Kavanaugh said in an interview. However, any targets there would likely be smaller than the $ 2.3 billion-asset TGR.

“A lot of people thought we would do a deal first in Texas, so we probably caught a few off guard,” Kavanaugh said. “I would very much still want to possibly look at a transaction in Texas.”

“We still have the ability to look at another transaction,” Kavanaugh said. “That being said, I would want to talk to our regulators to make sure we were still in good stead, that we’re not getting out over our skis.”

The TGR deal puts it near $ 10 billion of assets, so a second acquisition would put it even closer to that threshold. At that size, the bank’s debit interchange revenue would be capped under rules set by the Durbin amendment to the Dodd-Frank act.

“Any deal announced in coming months would likely not close in 2021 and even if it did close this year, we would likely still be under $ 10 billion given the size of deals we are looking at coupled with some planned activities related to our balance sheet, “Kavanaugh said. “That said, our strategic plan does call for us to eventually cross the $ 10 billion mark. So whether we achieve $ 10 billion organically or through additional M&A activity, we are preparing and planning accordingly.”

A year ago, at the height of the coronavirus pandemic, a bank announcing one deal laying plans to simultaneously pursue a second would have raised eyebrows. Now, with the virus loosening its grip and the pace of M&A activity quickening, it’s becoming commonplace. Indeed, the $ 23.3 billion-asset Simmons First National in Pine Bluff Arkansas, announced two deals for a pair of Tennessee community banks Monday.

“The vaccine rollout ramp, the coronavirus relief legislation and the additional stimulus are all substantial tailwinds for bank stocks,” Laurie Havener Hunsicker, analyst for Compass Point, wrote Tuesday in a research note. “We expect that merger activity will remain very strong in 2021. “

Founded in Irvine, California in 1990, First Foundation moved its headquarters to Dallas in February, citing the prospect of lower corporate taxes and an expanded opportunity for M&A.

“When you look at the demographics of where people are moving, Texas is red hot, Florida is red hot,” Kavanaugh said. “It was obvious to us as a management team we needed to be in these markets.”

TGR, the holding company for First Florida Integrity Bank, reported a first-quarter profit of $ 5.5 billion, an increase of 16% over the same period in 2020, according to the Federal Deposit Insurance Corp. Kavanaugh says the merged company has the chance to improve significantly on that performance.

Once it closes the deal in the second half of 2021, First Foundation plans to introduce its wealth management platform as well as Small Business Administration lending, jumbo mortgages, equipment finance and municipal finance business lines.

“All of those are products TGR does not currently offer,” Kavanaugh said.

At the same time, First Foundation plans to use its larger capital base to accelerate TGR’s plans to expand in Southwest Florida.

“They’ve wanted to continue expanding up the west coast of Florida into St. Petersburg, Tampa and further north,” Kavanaugh said.

The TGR deal started out with a cold call from Kavanaguh to Gary Tice, TGR’s chairman and CEO. First Foundation had acquired some TGR stock as part of an earlier deal, so Kavanaugh decided to get better acquainted with the investment.

“I called to get an update on their bank and how they were doing,” Kavanaugh said, adding he sounded Tice out on the possibility of a deal during the call.

“As it turns out, they were in the process of evaluating” strategic options, Kavanaugh said. “My timing was serendipitous because they were already having conversations with several banks.”

In the meantime, First Foundation will continue growing organically in Texas, where it’s hired a pair of lenders and “quite a few underwriters, processors and funders,” Kavanaugh said.

“We’re focused on building out both real estate and commercial-and-industrial [lending], ”Kavanaugh said. “We’re still in the process of identifying the right group for C&I.”

Kavanaugh’s first job in banking was in Fort Worth. He left for California in 1986, when the state was mired in a deep energy recession. Today, he said he hardly recognizes the Dallas-Fort Worth area.

“The growth that’s gone on has been amazing,” Kavanaugh said. “I was in Denton. I was in Plano. Just driving up the toll road and seeing the number of new companies… is endless. It doesn’t look anything like it did 35 years ago. “