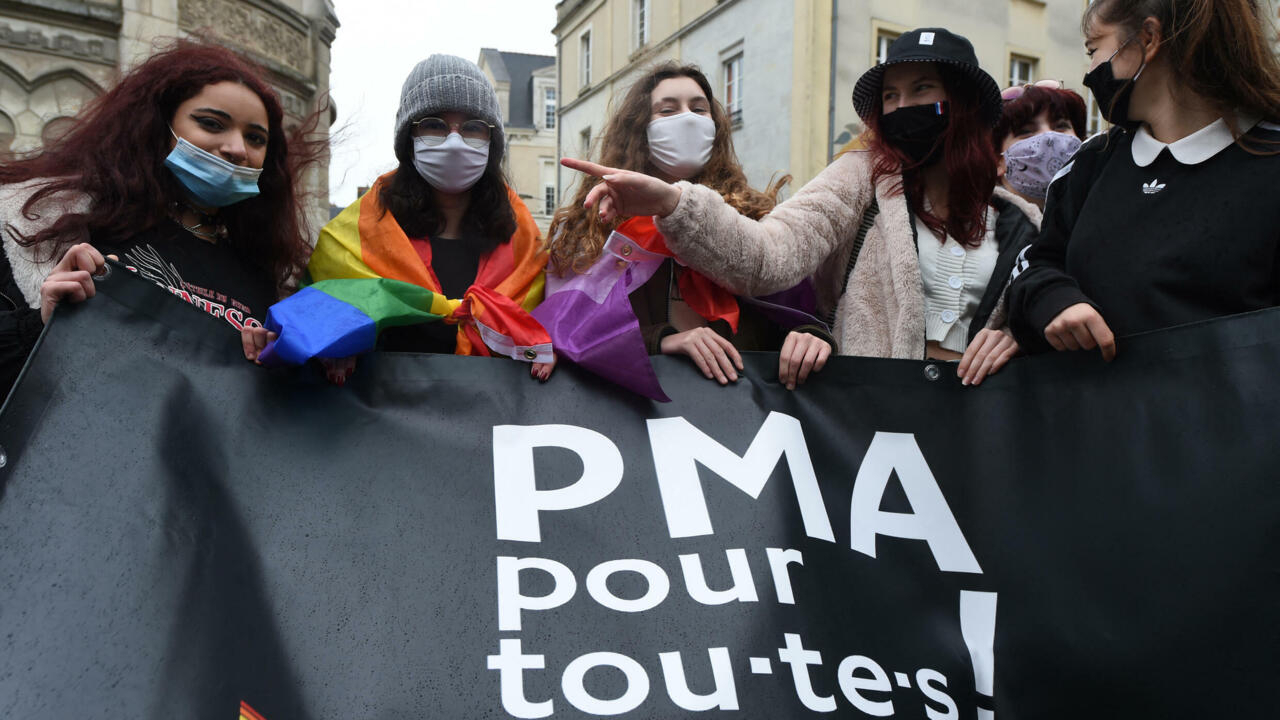 The French National Assembly approved the Bioethics Law on Tuesday, whose main impact is the opening of assisted reproduction to all people with reproductive capacity under 43 years of age. Until now, the procedure was only allowed for heterosexual couples, so the French government estimates that each year about 2,000 women traveled to Spain or Belgium to undergo artificial insemination.

Lesbian couples and single women under the age of 43 will be able to become pregnant through assisted reproduction in France. It is the main implication of the Bioethics Law that the French National Assembly approved this Tuesday.

Until now, French law only allowed heterosexual couples with fertility problems to perform this procedure. Therefore, according to government estimates, each year about 2,000 women traveled to Belgium or Spain to undergo artificial insemination, where the practice is open to all people who can become pregnant. With the entry into force of the new law, France becomes the eleventh European country to recognize this right for all people with reproductive capacity.

The approved text also establishes that once they have reached the age of majority, people conceived by artificial insemination will have the right to know who donated sperm and / or eggs for conception, a matter that until now depended on the will of the donor.

In addition, the procedure, known in France as PMA (medically assisted procreation) will be covered by social security.

Conservative opposition, support of the parliamentary and social majority

After two years of discussions in the Assembly and the Senate that translate into 495 hours of debate, 326 deputies voted in favor of the text, while 115 did so against.

The majority of parliamentarians from the La Repúblique En Marche (LREM) party supported the law, which constitutes one of the electoral promises of the group’s founder and French president Emmanuel Macron. The deputies of the Modem group, allies of LREM, and the left-wing party led by Jean-Luc Mélenchon la France Insoumise (FI) also voted in favor of the legislation.

The opposition to the law came from the extreme right, with the Rassemblement National (RN) party and the traditional right Les Republicans (LR), a group that intends to file an appeal with the Constitutional Council, according to the EFE agency. In the same political line, in the French streets, conservative and religious groups that have already mobilized against homosexual marriage, approved in France in 2013, responded to the measure.

The French LGTBIQ + community has claimed the opening of assisted reproduction to all people with reproductive capacity for years and did it again in the pride demonstrations this month. Furthermore, the provision has broad support among French society, according to a recent poll carried out by the Institute for Opinion and Marketing Studies, Ifop, 67% of French people are in favor of the new regulations.

A right for all people with reproductive capacity regardless of their family project, gender identity or sexual orientation

This Tuesday, the Minister of Health proclaimed on the France Inter station that it is “a historic day” and assured that the application texts of the standard will be available as soon as possible. The goal, according to the minister, is that the first babies can be conceived thanks to the new legislation before the end of 2021.

The text approved in the Assembly states that “this access (to assisted reproduction) cannot be subject to any difference in treatment, especially for reasons of marriage or sexual orientation of the applicants.”

On the other hand, during the two years of discussion of the project, which was paused due to the Covid-19 health crisis, assisted reproduction with surrogacy (that is, in surrogacy) was mixed in the public debate. Two scientifically and legally differentiated processes.

In the case of surrogacy, which continues to be prohibited in France, as well as in Spain, Belgium and most European countries, the criticism issued from the feminist sphere points out the danger of exploiting the bodies of poor women for the benefit of elderly people resources.

While in the case of assisted reproduction accessible to all, it seeks to expand a right that is already recognized to heterosexual couples. The measure ends discrimination based on the type of family that people with reproductive capacity want to form.