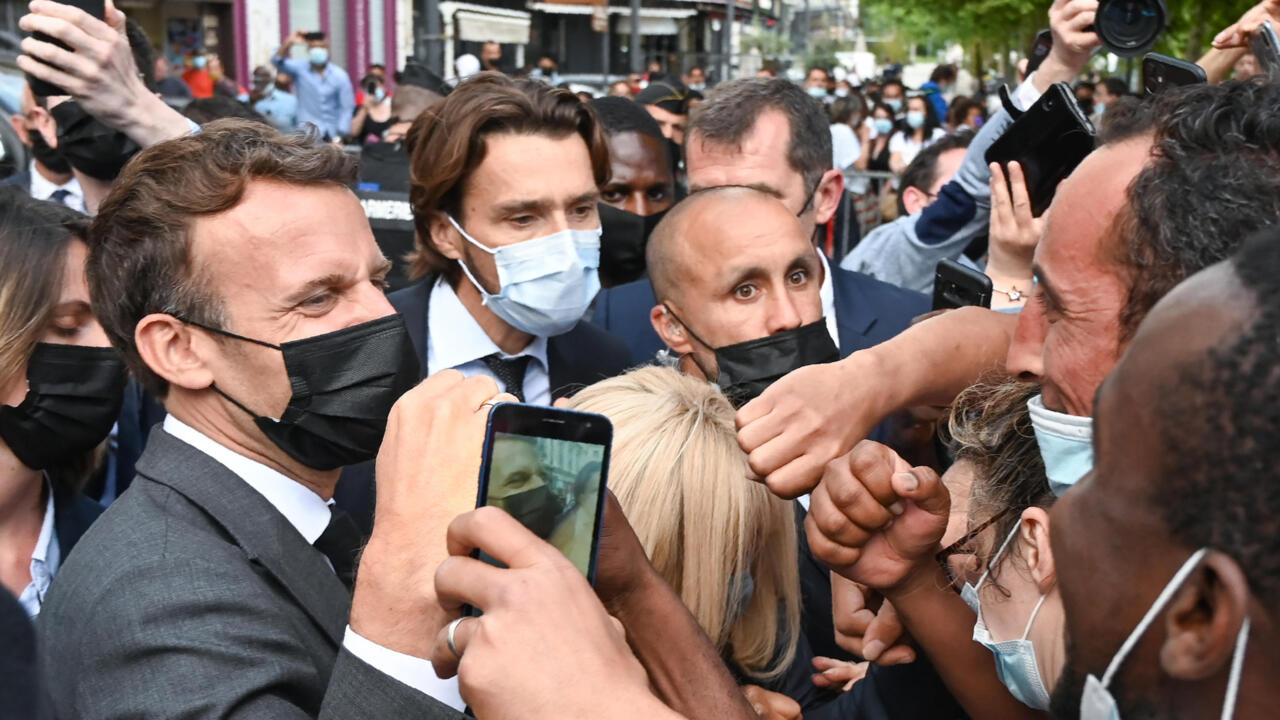 The author of the coup against French President Emmanuel Macron, during his visit to Drôme on Tuesday, was sentenced this Thursday to 18 months in prison, of which 14 have been suspended, according to local media ‘BFM TV’. In total, he will serve an effective sentence of four months.

Four months behind bars will pass Damien Tarel, the 28-year-old man who on June 8 slapped French President Emmanuel Macron. The Court of Valence (Drôme) sentenced him to 18 months in prison, but fourteen of them were exempt from compliance.

The Prosecutor’s Office had demanded 18 months in jail against the aggressor and that the right to vote be withdrawn, for a maximum period of five years, during which time access to weapons would also be prohibited. Likewise, it requested that it be permanently vetoed from the exercise of public functions.

As an action “completely inadmissible” and an “act of deliberate violence”, argued the case the representative of the accusing entity, in the hearing in which Tarel was present.

The events occurred during an official trip in the Drôme department, when the president approached the fences to greet the spectators.

Both Tarel and a man accompanying him – identified as Arthur C. – were immediately arrested. The aggressor’s companion will be tried in the second half of 2022, to answer for “crimes related to illegally retained weapons” found at his home, said prosecutor Alex Perrin.

At the time of the attack, Tarel shouted “down with the ‘Macronía’!”, An expression used by the extreme right. During his hearing, the young man said he shared “traditional political convictions of the right / extreme right”, but without belonging to any party or militancy. He assured that he acted “instinctively and without thinking” in order to express his discontent.