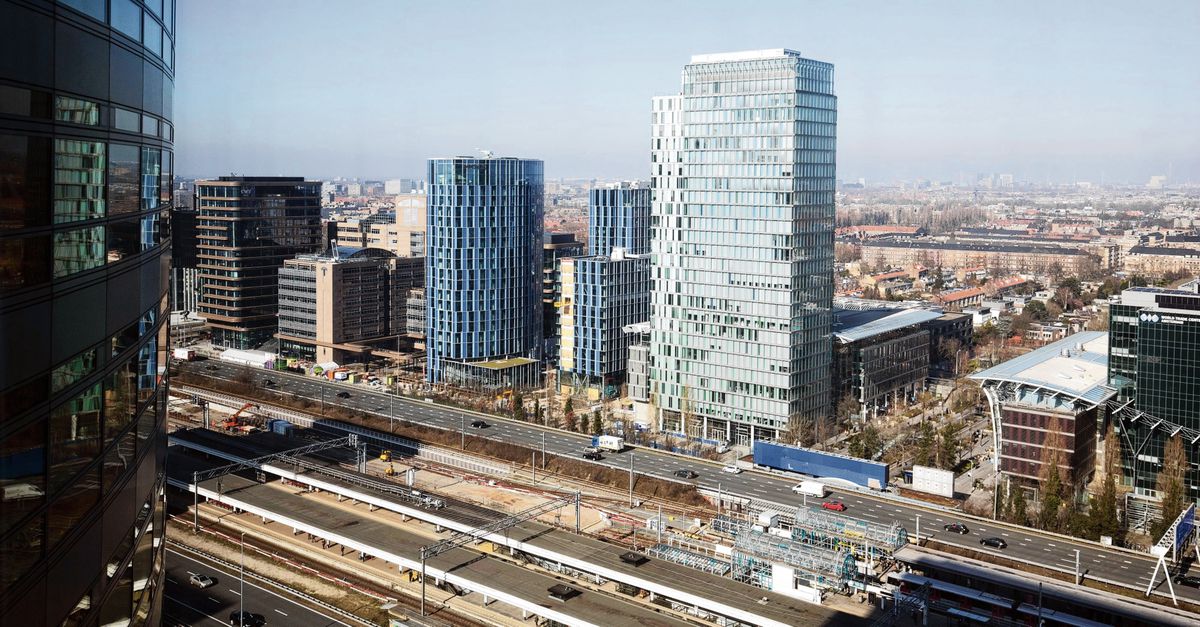 Imagine: you are a bicycle repair shop in Valencia, Spain. Last week, a Russian oligarch parked his yacht in the local harbor. The racing bike on board is broken and is now in the workshop for repair. As of this week, the same oligarch has been on the EU sanctions list, because of close ties to the Kremlin. This means that from that moment on, the racing bike may no longer be returned. Because then you are trading with someone on the blacklist.

In practice, it will not go that way, but it is an example of what it means for trade when someone is placed on a sanctions list, says lawyer Yvo Amar, who specializes in sanctions law: “You can also think of a private plane or a yacht. that is being maintained by a company. That may no longer be carried out in a country where the sanctions apply.”

Since this week, the European Union has been trying to hit the financial interests of Russians and Russian companies active in the financial sector and industry with a series of measures. The measures will have “enormous and serious consequences” for the Russian economy, the heads of government in Brussels said. For the time being, they have shied away from the heaviest financial sanction imaginable: excluding Russia from the international payment system SWIFT.

Also read: Scarcity of raw materials and higher gas prices: how sanctions hurt the EU itself

The sanctions package that the EU member states agreed this week has a direct effect on trade between Russia and the Netherlands. For example, the Dutch business community is no longer allowed to trade with Russians who were placed on the sanction list this week. Their assets are also frozen and they can no longer obtain a loan in the European Union.

“These credits are actually the most relevant,” says specialist Amar. It means for banks that they will have to find out who in their customer base has been affected by the sanctions. For example, ABN Amro has a ‘sanction desk’ that must act immediately if new measures are announced. Funds must be frozen. But that’s where it immediately hits. Because how do you determine what Russian assets are?

“Sometimes that is quite complex, but we have methods to accurately determine who is behind which entity,” says a spokesperson for ABN Amro. The bank checks whether an account is in the name of someone on the sanctions list, or whether someone is affiliated with a company that is no longer allowed to trade. “Some will be automated, some will be manual.”

See also  VIDEO: That's how dirty a car gets if you leave it outside with the windows open for a year

According to Amar, that is not easy. Russian companies based in the Netherlands, mainly because of the tax climate, usually often use letterbox companies and trust offices to serve their interests. Often the money does not come directly from Russia, but runs through complicated structures via, for example, Cyprus. “It is then very difficult to determine who is the ultimate owner of the money.”

In the EU it is arranged that not only an individual and his or her company are affected by blacklisting, but also subsidiaries. All companies in which the person has an interest of 50 percent or more are subject to the sanctions – even if they are not on the list themselves. Banks must also freeze the assets of all these subsidiaries.

In addition, unlike in the United States, actual control is also a criterion that must be checked. Amar: “It’s about who is ultimately pulling the strings. Someone may have put a daughter or a nephew on the board, but in reality make the decisions themselves. A bank must also check that.”

In practice, this is often difficult to do, he immediately admits. Bank employees who vet customers use software and also rely on publicly available information about the customer – sometimes simply through a Google search. “If you cannot determine that someone has far-reaching influence within a company, then you can continue to do business with the company.”

Also read: When it comes to economic sanctions against Russia, Europe always thinks of blue flames

See also  What changes with the PEC of Precatório - ISTOÉ MONEY

An example of this is the oil and gas group Gunvor. Until 2014, it was led by Russian Gennady Timchenko, a close confidant of Vladimir Putin. When Timchenko was placed on a US sanctions list, he relinquished his billion-dollar stake. On paper, Swedish CEO Torbjörn Törnqvist has since owned 87 percent of the shares. Gunvor firmly denies that President Vladimir Putin has any hidden interest in the company, as the Americans suspected. In the Netherlands, the company was also allowed to remain active after 2014: the holding company Gunvor International is located on the Amsterdam Zuidas, with a refinancing of 1.1 billion dollars (900 billion euros) last December, Rabobank and ING involved†

The current sanction packages will also have only a limited effect, various experts from the financial world expect. “Freezing oligarchs’ assets is a nuisance for individuals. But you can ask yourself: will that really pay off?” says Hugo Erken, chief economist at Rabobank. “How you really hit them: with sanctions on oil and gas. But we as Europe are very dependent on that. Von der Leyen said: we are going to hit them hard. But that’s still the question. Then we have to make very painful choices.”

That is also the view of lawyer Heleen about de Linden, who is doing his PhD on the effectiveness of punitive measures in response to the capture of Crimea in 2014. “At the time, wealthy Russians were still reasonably taken by surprise. Now they are well prepared. For example, they bank through the United Arab Emirates. These sanctions are therefore mainly symbolic politics.”

Companies such as Gazprom and Rosneft have also found other ways to borrow money than through the European capital market, she says. “For example, via China.”

There is a lot of uncertainty about the presence of Russian assets in the Netherlands. ABN Amro does not want to make any statements about the size of its Russian clientele, Rabobank says that the impact of the sanctions is “relatively limited” because the bank “only conducts business through a subsidiary in Russia”.

It is clear that billions of euros from Russia flow through the Netherlands every year. Supervisor De Nederlandsche Bank (DNB) estimates that investments are worth 30 billion euros per year. According to dates from the Russian central bank, it was even a larger amount until 2019: 50 billion per year. The vast majority of that money flows through the Netherlands for tax reasons: according to DNB, 89 percent of all Russian investments end up in ‘special financial institutions’ – letterbox companies, in the popular speech.

Major oil and gas companies such as Gazprom, Lukoil and Rosneft have established their international holdings here in the Netherlands, as have a number of large electricity and mining companies. A large part of the international income often flows through these holdings. According to the annual report, Gazprom was worth 5.2 billion dollars in 2020.

Gazprom is half in the hands of the Russian state, but energy companies are not affected by the current sanctions package. EU officials announced Friday afternoon that a new round of sanctions will follow shortly.

The sanction decisions taken this week could also have an effect on lawsuits involving Russian parties, lawyer Jurjen de Korte believes. He assists Promsvyaz Capital (PSC). That company, owned by Russian oligarch Dmitri Ananev, owned the Promsvjazbank until 2018. Then the Kremlin nationalized that bank.

The Promsvjazbank is now on the sanctions list because it finances the military industry. The bank simultaneously claims 505 million US dollars (452 ​​million euros) and 40 billion Russian rubles (430 million euros) from PSC. That case will go to court in Amsterdam on April 8.

De Korte: “But a judge cannot assign a claim to a company that is on the sanction list. So I expect this claim to be frozen.”

With the cooperation of Teri van der Heijden.

A version of this article also appeared in NRC on the morning of February 26, 2022

The Russian president, his foreign minister, defense minister and chief of the General Staff are on the US sanctions list