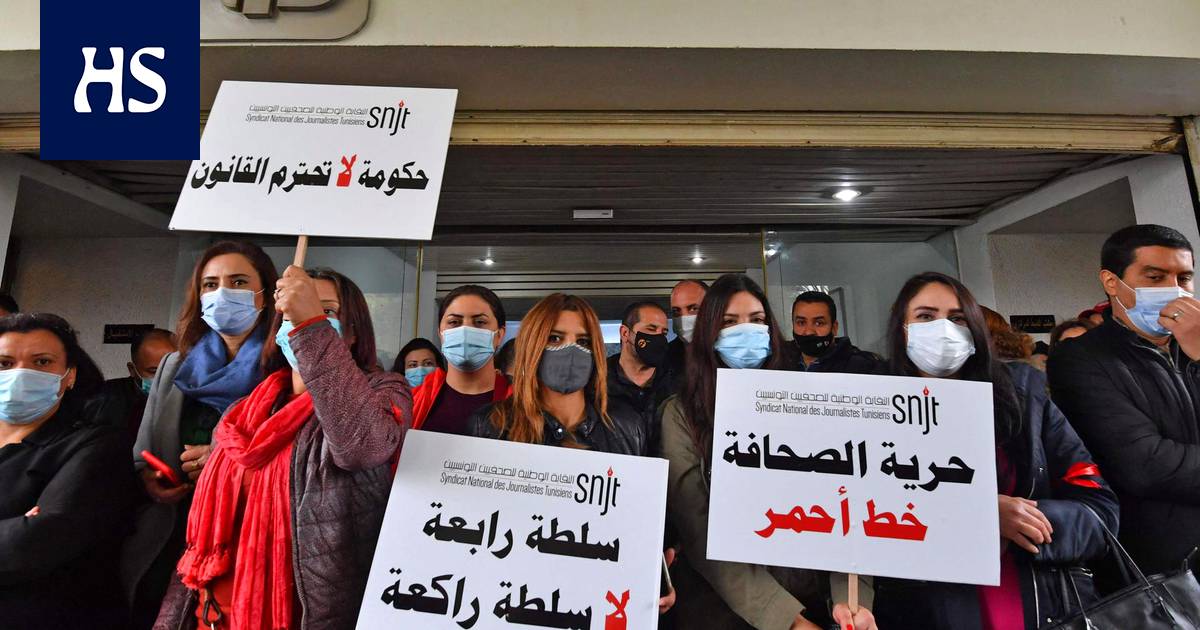 Violence against journalists doubled. Germany dropped out of the list of model countries due to the use of force by extremists.

International the situation of freedom of expression has deteriorated during the coronavirus pandemic. At the same time, the violence faced by journalists has increased. The matter is clear from the reporters of Reporters Without Borders published on Tuesday press freedom index.

According to the organization, it is becoming increasingly difficult for journalists to obtain information and news on sensitive topics. In relative terms, the situation has deteriorated the most in Europe.

In several countries, the pandemic has been used as an excuse to deny journalists access to information and field trips. At the same time, it has been difficult for journalists to report on the health crisis as pandemic-related information has been censored. For example, the President of Egypt Abdel Fattah Al-Sisi allowed the media to publish only statistics from the Ministry of Health on the progress of the pandemic.

In addition to the deteriorating working conditions of journalists, Reporters Without Borders is concerned that confidence in traditional journalism has declined. Confidence has eroded, especially with hate speech and false news spreading on social media.

Several international leaders have also been guilty of spreading false news during the pandemic. Lies about the coronavirus have been perpetuated by the presidents of Brazil Jair Bolsonarosta Tanzania’s already deceased John Maguful.

Press freedom index classifies the press freedom situation in a total of 180 countries into five different categories. In the 2021 index, only 12 countries reached the top category, where conditions for journalism are good. Last year, the corresponding figure was 13.

This is the worst result since 2013, when the current scale was introduced.

More than 40% of the countries ranked in the two worst groups, meaning that the situation with regard to freedom of the press is either poor or very poor. The situation was bad in Russia, Mexico and Brazil, for example, and very bad in China, Egypt and Saudi Arabia.

The index is followed by a trio of authoritarian countries familiar from previous years: Turkmenistan, North Korea and Eritrea.

The most freedom of the press improved in certain African countries. Burundi, for example, rose 13 places in the index, Sierra Leone ten places and Mali nine places. Despite this, the situation of press freedom in Africa is still largely poor.

Freedom of the press model countries are located in northern Europe. Norway reached the top of the index for the fifth year in a row. Finland came second, Sweden third and Denmark fourth.

Despite the good situation in the Nordic countries, “alarm clocks should resonate in the EU as well,” says the chairman of the Finnish branch of the Supplier Without Borders. Jarmo Mäkelä in the organization’s bulletin. During the pandemic, press freedom has collapsed relatively most, especially in Europe, where violence against journalists has doubled.

Even in the best countries, the situation is not without problems. Even in Norway, journalists reported that government information about the corona pandemic was difficult to access in time.

In the former model country, Germany, the climate deteriorated so much that the country’s rating fell from good to satisfactory. This was mainly due to the increase in violence against journalists. Dozens of extremists and conspiracy theorists have visited journalists in protests against German corona restrictions.

“Misinformation is increasingly believed in EU countries, and in addition, countries like Hungary and Poland have directly used the pandemic to tighten their grip on the media,” says Mäkelä.

Even EU sanctions do not seem to have improved the problematic situation in Hungary and Poland.

Hungarian Prime Minister Viktor Orbán and EU Commission President Ursula von der Leye at the Commission’s headquarters in Brussels in February 2020. The situation of press freedom in Hungary is one of the most problematic in the European Union.­Picture: FRANCOIS LENOIR / REUTERS