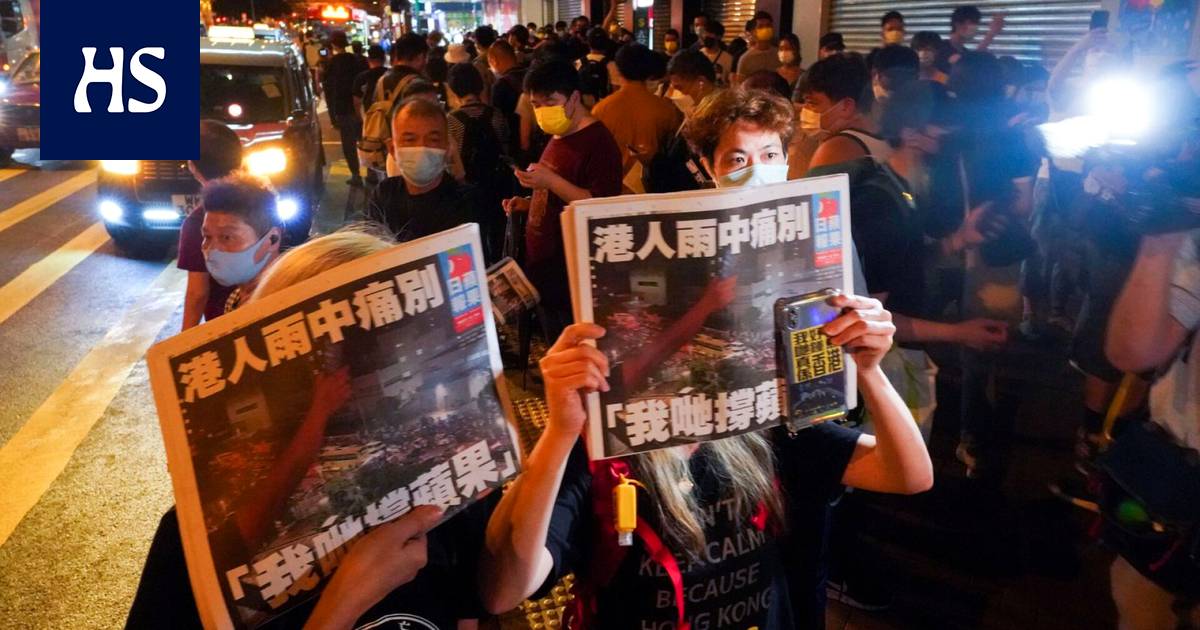 The pro-democracy magazine’s recent closure and arrests of journalists have caused concern in the Hong Kong media.

Hong Kong police arrested an employee of the seventh Apple Daily on Sunday on suspicion of violating national security. According to the news agency Reuters.

According to local police, the 57-year-old man was arrested at the airport on suspicion of conspiracy and endangering national security.

According to Hong Kong media, the arrested has worked as a journalist and columnist for the pro-democracy Apple Daily Fung Wai-kong.

Apple Daily stopped activities under pressure from the administration last week. The newspaper is accused of endangering national security.

Previously Apple Daily’s columnist has been arrested by police and persons working under the management of the publisher of the magazine, as well as freezing the funds of the company publishing the magazine.

Hong Kong and the Chinese authorities have reiterated that media freedoms are respected, but must not jeopardize national security. Police have said the measures to close Apple Daily did not target the entire media industry.

However, the closure of the magazine worries other Hong Kong media outlets. The pro-democracy online publication Stand News said late Sunday it would stop receiving monthly donations from readers and remove old publications from its site.

According to a Stand News Facebook announcement, the purpose was to protect the publication’s supporters, authors and editorial staff. In addition, the magazine wrote that “speech crimes” are being committed in Hong Kong, but did not specify what it meant.

The Hong Kong Journalists’ Association condemns the crackdown on police journalists and asks for an explanation for the arrests.