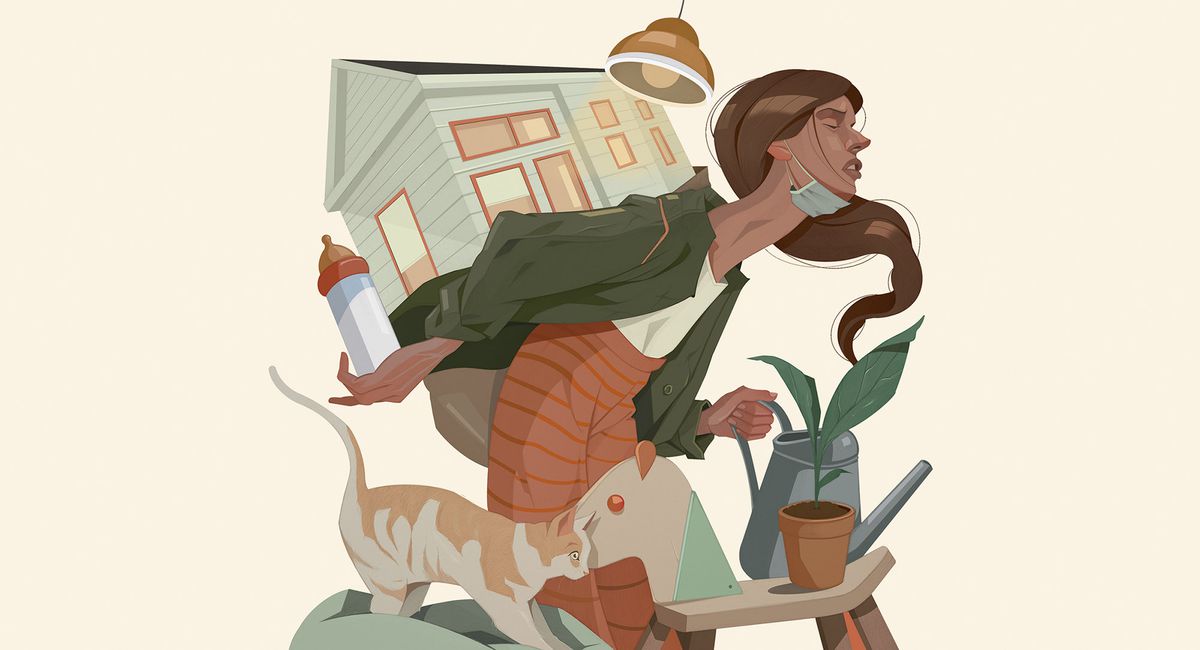 My main task this weekend is to take care of my parents. As in many families, the less dependent members, because we are all dependent to a greater or lesser extent, we organize ourselves to serve those who need it. I put dinner on them, we comment on the news over the volume of the TV – which is not easy – but I like to adapt to their comfort, to their rhythms, to their decibels. All this I can do calmly because a good friend has left her son with her neighbor to go and give my cats various medications. The neighbor is freelance, I am sure that in turn he has stopped doing something to care for the child, but I have no information beyond this point.

This can be seen as a chain of minor lack of freedom. Activities that do not depend on our will, but are born of the duty acquired with the living beings that depend on us. From this perspective, even the ficus that you have in the living room takes away your freedom when you water it. But coexisting, one of those basic things like breathing, eating, dreaming or criticizing that we human beings do, generates responsibilities. Ignoring them is not being free, it is getting free.

When it comes to clarifying concepts, the mechanics of constructing a sentence and analyzing it morphologically helps. For example, him youtuber So and so, who has a turnover of four million euros a year, is free to change his tax address to Andorra to get rid of paying taxes in Spain. The difference between being free and being free is abysmal, but we are in a monumental confusion between one thing and the other.

Possibly this is due to the undue overexploitation of the word “freedom”, so beautiful, so popular, the Beyoncé of words. Not even its tricky use by the National Rifle Association, Trumpism, extreme right-wing movements in Europe, the market logic that condemns a large part of humanity to poverty or the Madrid right wing has managed to sully it. Repeat freedom very high has worked. Although in all the previous examples the word is used as a thick carpet under which to hide negligence, for himself who can, squinting, individualism, the systematic avoidance of what we are called interdependent beings.

If you have enough money, you can subcontract practically all the responsibilities that living in a community generates, even the ficus. Is that being free? Enjoy very competitive margins of choice in the market? Or is it getting rid? I think it is the latter, which is why many of us feel a strange distortion when we hear the right chanting the word “freedom” in their electoral victory after having repeated it in tiresome circular proclamations during the campaign. Freedom for what? Freedom for whom? We will never know what they were referring to because no one asked them these questions. We did learn that the slogan “Communism or freedom” was already used by Berlusconi in 2006 and this detail has given us an important clue as to where the shots are going. Although they have not explained it, we will find out.

Hannah Arendt said that we can hardly tackle a political problem without addressing the issue of freedom implicitly or explicitly. Through dozens of pages of your book free (Peninsula, 1996), the thinker dissects the concept from a philosophical, historical and political perspective. Over and over again it slips out of hand. It is only emphatic in stating that there is no freedom if the basic subsistence conditions are not guaranteed and that it is only possible between equals. Both conditions occur in a context of coexistence in which the minimum of a decent life for as many people as possible are established by collective responsibilities. “Responsibility”, unlike “freedom”, is a word with very bad press, Miss Rottenmeier of words.

There are those who understand life in common and their obligations (the parents, the cats, the taxes, even the ficus) as a space in which the freedom of the individual is threatened. It resembles the same logic of the stubborn teenager who reluctantly agrees to clean his room but not remove the table where the whole family has dined. To coexist is to sustain each other. On A common world (Bellaterra), the philosopher Marina Garcés defines “life in common” —I don’t know if another is possible— as the set of both material and symbolic relationships that make human life possible. “It is impossible to be just an individual. (…) The human being is something more than a social being, his condition is relational in a sense that goes far beyond the circumstantial: the human being cannot say I without a we resounding at the same time. Our modern history has been built on the denial of this very simple principle ”.

That individual freedom is above all has a very long fine print. It leaves room for gestures as macabre as launching an advertising campaign that individually blames not all but each of the young people for spreading the coronavirus to their grandmother because of their irrepressible desire to share some bravado with colleagues. Let’s not forget that message. With this publicity stunt, those who got rid of accountability were the managers of life in common, focusing on the personal decisions of each one, which also count, but not so much, to get them out of crowded public transport, subsistence conditions precarious that push many people to go to work sick, the null vigilance of companies to implement teleworking.

Let’s not get confused. Generating the possibility of avoiding collective responsibilities has a double edge, the same law of the jungle that frees you from what you have to do one day leaves you to your own devices the next. And getting free is not the same as being free.