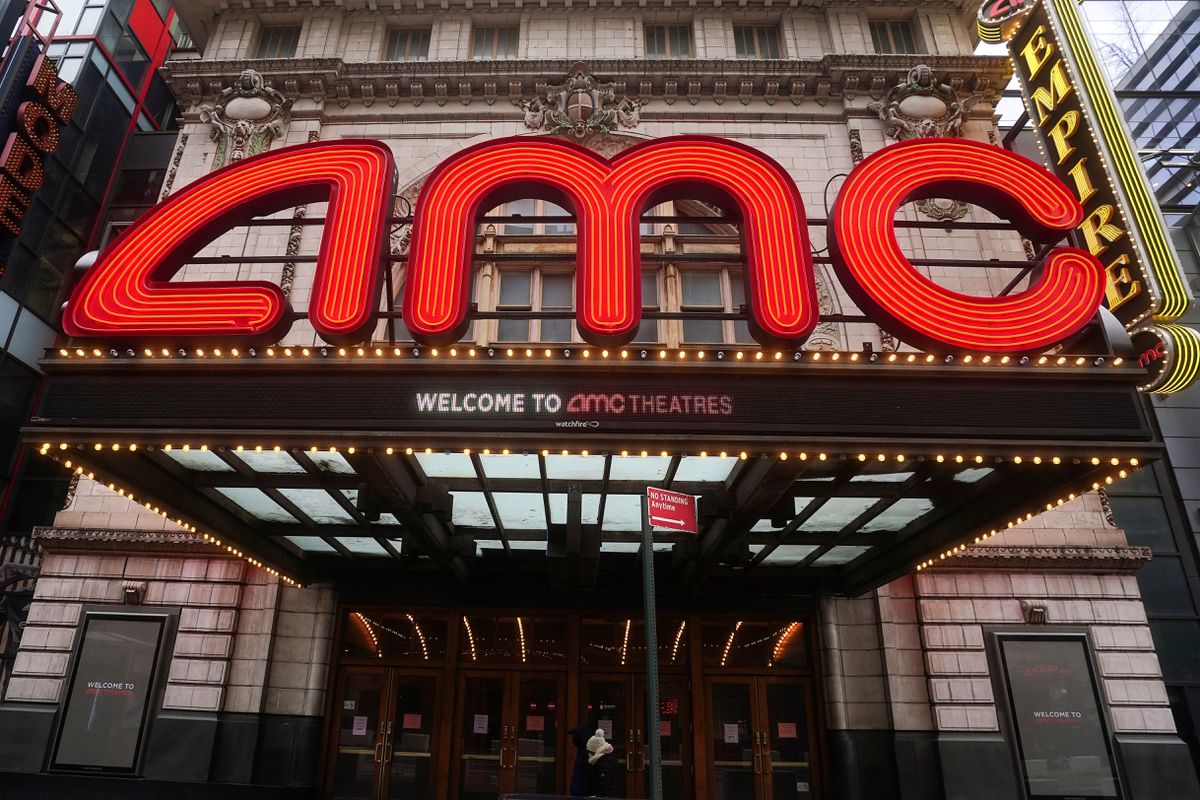 The AMC movie theater business languished flirting with bankruptcy. Content platforms like Netflix have been eating, bite by bite, part of their business for years. And the pandemic seemed to have the potential to deliver the final blow to one of the most important chains in the United States, almost evicted, with losses of 3.8 billion euros in 2020 of confinements and padlocks in front of the big screen. Then they arrived, millions of small investors grouped in the Reddit forum wanting to annoy the bear funds and profit from it, and their shares flew along with those of other black sheep in the market, including the video game company GameStop or the technological Blackberry. AMC did not stand still. He leveraged tons of cash from his new benefactors to reduce his heavy debt, and the future no longer looks like a script ending in bankruptcy.

The second part of that unusual resurrection saga is being fought these days on Wall Street. The hosts of Reddit have returned to their old ways, and the actions of AMC. The most benefited have shot up more than 300% in just two weeks, again causing multimillion-dollar losses to bear funds that were betting on the fall in value: about 1.2 billion dollars were left in a week, according to S3 Partners. In that rally There have been sessions as hot as this Wednesday, when it practically doubled in value in a single day. That day, AMC released a statement announcing an initiative to offer incentives to its “extraordinary base of enthusiastic and passionate individual shareholders.”

The main attraction of the offer is a large box of free popcorn for shareholders who come to see a movie in their theaters this summer. “After all, these people are the owners of AMC and I work for them,” said Adam Aron, the network’s CEO. It surely fell short. Its economic injection has breathed new life into the company, now more concerned with growing than surviving, so its small owners are also, to a large extent, its saviors.

Although AMC has rooms in other countries, including Spain, the promotion will only be valid for now in the US, the place where most of its investors reside, although the company values ​​expanding it outside its borders.

The maneuver is not without commercial sense, given that, as revealed by AMC in said statement, they have 3.2 million private investors in their shareholding, 80% of the total. Its massive presence has catapulted its value more than 2,500% so far this year. up to $ 25 billion today, up from just over $ 1,000 just six months ago, when bankruptcy rumors rang out loud. That has made the top of the company decide to get the most financial benefit possible, selling part of its shares.

One of the most bizarre deals, given the speed at which events unfolded, came on Tuesday, when Mudrick Capital bought 8.5 million shares from the company. Seeing their titles soar, the investment firm decided to sell them within hours of acquiring them, according to Bloomberg. The gamble was profitable, but not entirely smart. By shedding them so quickly, they missed the huge appreciation on Wednesday, the day they doubled in price thanks to push from retail investors.

The case is indicative of the frenzy with which the prices of the values ​​indicated by the Reddit foreros move. Some movements that the CEO of AMC attributes to the affection that many of his compatriots feel towards a place where they have spent so many hours feeding on the best of Hollywood. “Americans have great affection for AMC. They have been going to our movie theaters for years or decades. “

The excessive appreciation, however, has made the company itself discourage investors from buying its shares. In a statement to the US stock regulator sent on Thursday, in which they announced their intention to sell another 11.5 million shares, they warned of the risk that those who acquire their shares run. “Under the circumstances, we advise you not to invest in our Class A common shares, unless you are prepared to risk losing all or a substantial portion of your investment.”